Sleepless travelers left Narita airport on Tuesday, a day after Typhoon Faxai disrupted flights and train services and forced some 13,000 people to stay overnight at the major international airport near Tokyo.

Keisei Electric Railway Co. resumed normal services to and from the airport, while East Japan Railway Co., or JR East, was operating with some services connecting to the gateway delayed and canceled.

Long lines formed at train ticket counters even before the first train service on the Keisei Line began at around 5:20 a.m. 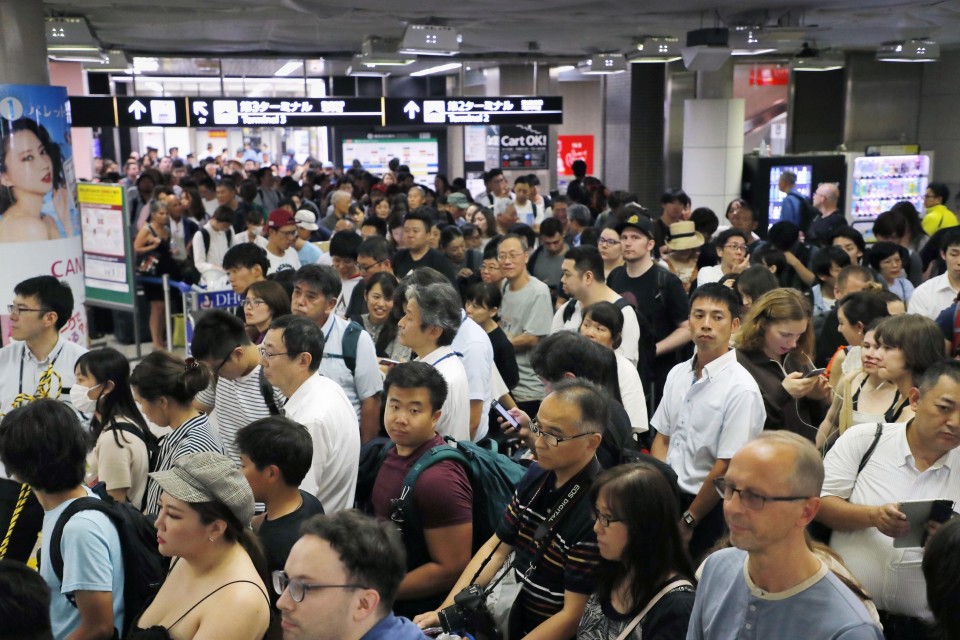 "It was chaotic inside the airport with so many people trying to get trains and buses, and I am really tired," said 55-year-old Masako Obara, who spent the night at the airport after returning from a trip to Taiwan with her daughter.

"I couldn't sleep at all, so I just want to go home quickly and get some rest," she said.

Faxai made landfall near the city of Chiba before 5 a.m. Monday, becoming one of the strongest recorded typhoons to hit the Kanto region of eastern Japan. 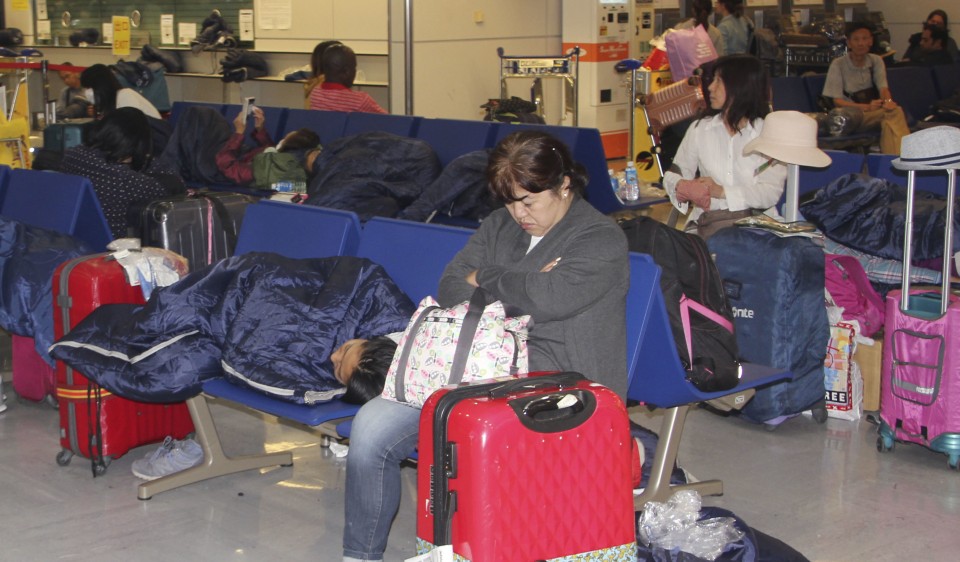 Although flights had resumed in and out of the airport after the typhoon passed the area on Monday morning, some of the train lines connecting Narita to Tokyo were forced to suspend services due to broken overhead power lines and other problems.

By evening, a few train and bus lines started running but could not keep up with the masses of travelers arriving from overseas. At one point as many as 17,000 people were stranded at the airport.

The airport's operator, Narita International Airport Corp., distributed water, crackers and sleeping bags, and installed equipment for the weary to charge their cellphones as they waited for the first train of the morning.

The typhoon disrupted other major train services in the metropolitan area as well, affecting nearly 3 million commuters in total. 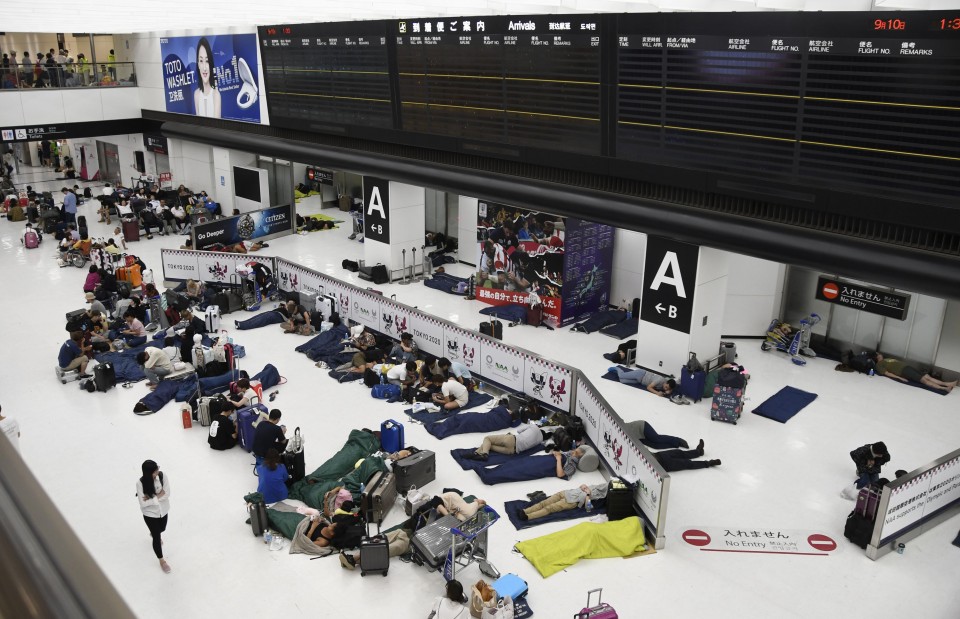 Many foreign travelers were also affected by the disruption, with some complaining of little information available in English.

A 79-year-old New Zealand woman who came to Japan with her husband for the first time said it was "stressful" being stuck at JR Tokyo Station for hours without being unable to understand what was happening.

While JR East provided information in multiple languages on digital displays and its website, it did not do so on social media and announcements made at the station were mostly in Japanese.

The woman said she could not find any English speakers and hoped more people would become able to communicate in the language given the large number of foreign visitors expected for the Rugby World Cup that opens later this month and the Tokyo Olympics next year.

Language issues also sparked concern when a powerful typhoon hit Osaka and an earthquake in Hokkaido triggered a prefecture-wide blackout last year, as both left many foreigners at a loss without sufficient information.

The latest typhoon also caused power cuts affecting 930,000 households at one point, and some 600,000 households, mostly in Chiba Prefecture, remained without power as of Tuesday morning, according to Tokyo Electric Power Company Holdings Inc.

Industry minister Hiroshige Seko said power is expected to be restored for at least 330,000 households within the day. 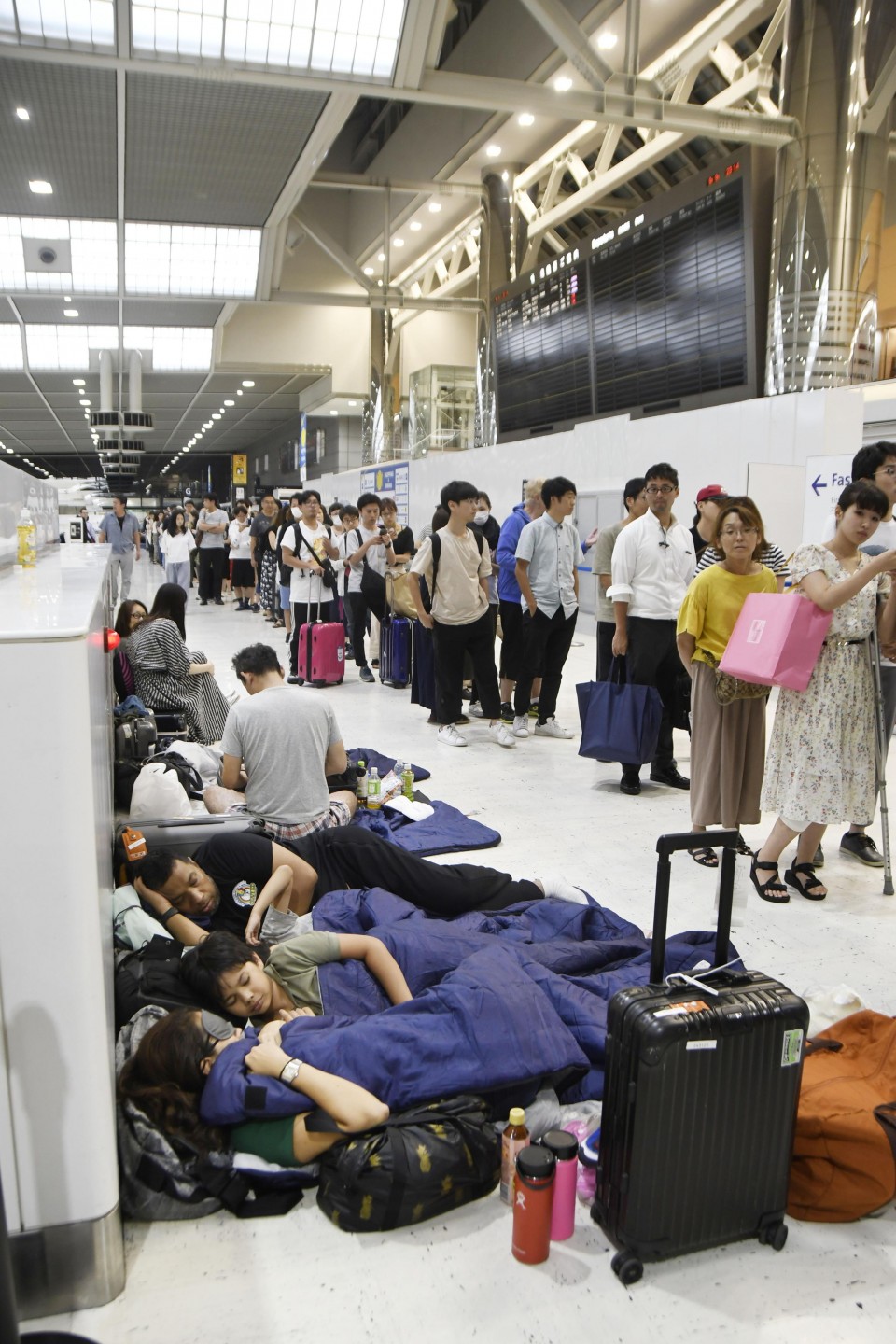