Teen activist rallies near U.N. for action on climate change

Swedish teen activist Greta Thunberg held a rally Friday at a park near U.N. headquarters with hundreds of youths calling for action to address climate change.

Thunberg, who journeyed for 15 days across the Atlantic Ocean aboard a high-tech, zero-emissions yacht to arrive in New York the previous day, told reporters, "It's good to know we are united and fighting for the same thing." 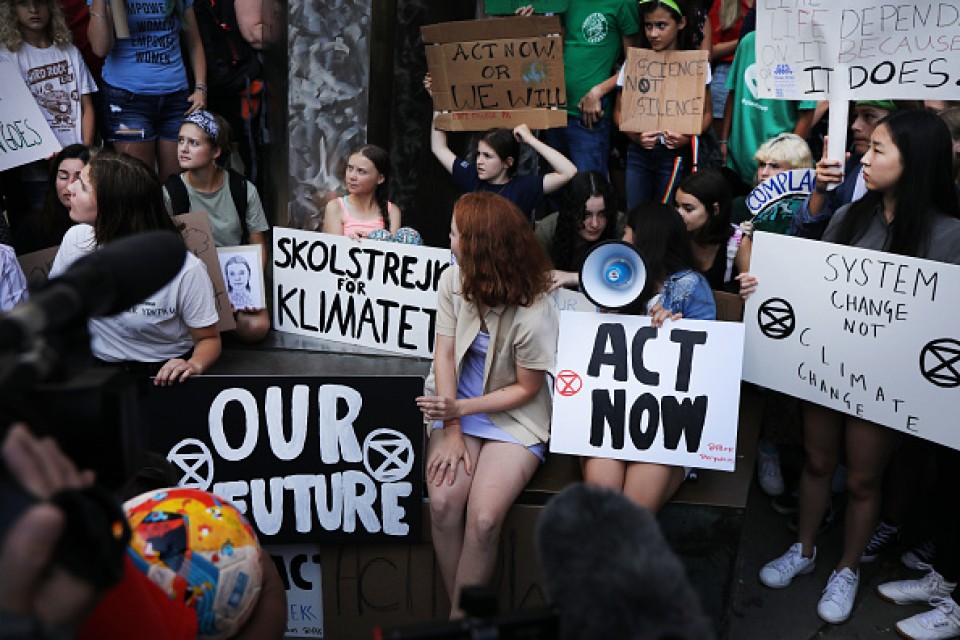 The 16-year-old gained an international platform through the #FridaysForFuture environmental activism movement she started in 2018. Thunberg and others would take time off from school each week to assemble in front of the Swedish parliament building and demand action against global warming.

School strikes following Thunberg's example have since been organized in many countries around the world.

Among the participants in the New York rally was 14-year-old Alexandria Villasenor. "I have been on climate strike in front of the United Nations headquarters every Friday for 38 weeks," she said.

Thunberg is scheduled to join the U.N. Climate Action Summit on Sept. 23.