Swedish teen climate activist Greta Thunberg arrived in New York on Wednesday after a 15-day journey across the Atlantic Ocean on a high-tech, zero-emissions yacht to attend a United Nations summit next month.

"We need to stand together and support each other and to take action because, otherwise, it might be too late, so let's not wait any longer let's do it now," the 16-year-old told reporters at a marina where the vessel docked. 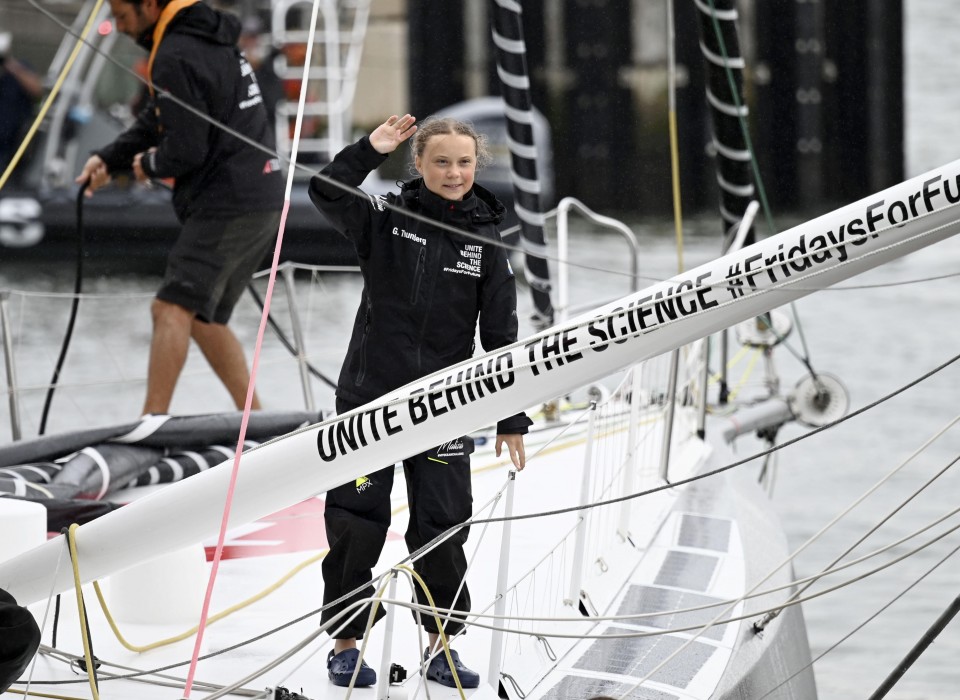 Thunberg grabbed the worldwide spotlight when she started the #FridaysForFuture global climate activism movement in 2018, boycotting school to demand action on tackling global warming in front of the Swedish parliament.

She is scheduled to join the U.N. Climate Action Summit on Sept. 23 and a rally with similarly concerned young people in the United States.

Asked about U.S. President Donald Trump and his administration's lack of action on climate change, she said, "My message for him is to listen to science and he obviously doesn't do that."

"If no one has been able to convince him about the climate crisis, the urgency, then why should I able to do that? So, I am going to now focus on spreading awareness and the people, in general, will stay caring and realize how big of a crisis this is," Thunberg added.

The activist departed from Plymouth, England, on Aug. 14 aboard the Malizia II racing yacht which is equipped with solar panels and underwater turbines. Her method of travel was selected so she could minimize her carbon footprint while still attending the U.N. summit in New York City.

The student also noted that the ongoing Amazon rainforest fire crisis is a "clear sign that we need to stop destroying nature."

A smiling Thunberg said she now wanted to "go for walks and eat fresh food, not freeze-dried, and to be dry and to clean myself."

The United Nations welcomed her arrival with a flotilla of 17 sailboats representing each of its Sustainable Development Goals to be achieved by 2030, which include addressing climate change as well as eliminating poverty and hunger.