Seizures of ivory smuggled from Japan increase in China: research

An increasing number of elephant ivory products illegally trafficked from Japan have been seized in China, following Beijing's closure of the domestic market in 2017, recent research by a U.S. conservation group showed.

At least 23 cases of seizures in China were reported in the first half of this year, compared with four in the whole of 2018, according to the Environmental Investigation Agency.

The EIA has pointed out that Japan may have become a new supplier of ivory products to China due to Tokyo's lax regulation measures and criticized it for hindering international efforts to eradicate unlawful transactions.

China, along with the United States, France and Singapore, has banned the domestic ivory trade, but Japan has maintained trading within the country, saying it is unrelated to poaching. Tokyo is often criticized as a hotbed of ivory trade from poached African elephants. 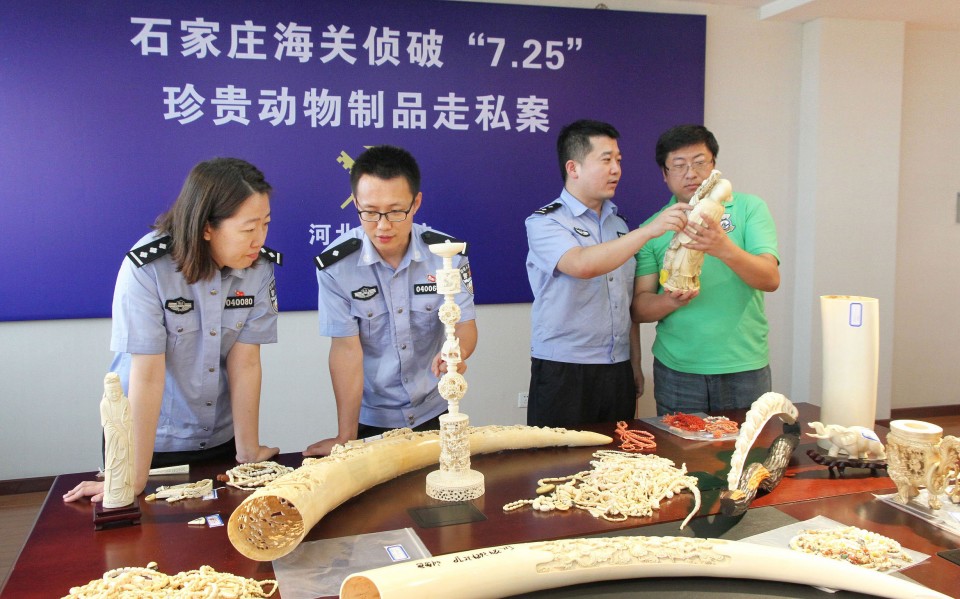 With the 2020 Tokyo Olympics and Paralympics approaching, Japan could face more international pressure to prevent foreign visitors or athletes coming to the country for the games from illegally taking abroad ivory goods.

The EIA research revealed that ivory items weighing 18 kilograms in total were found in 13 postal parcels sent from Japan to Guangzhou in southern China in January.

In May, a Chinese passenger was caught with 80 ivory items upon arrival at an airport from Japan. The items were believed to have been taken into China for sale, according to the group.

The finding by the conservation group may affect discussions at an ongoing meeting of signatories to the Washington Convention in Geneva through Aug. 28. A resolution has been moved in the gathering to urge all countries to close their domestic ivory markets.

In 1990, international ivory trading was banned in principle under the Washington Convention, officially called the Convention on International Trade in Endangered Species of Wild Fauna and Flora.

In 2016, Washington Convention members adopted a resolution calling on each government to shut down their domestic markets in case they are "contributing to poaching or illegal trade."

But Japan decided to keep its internal ivory trade, claiming its domestic market has been strictly controlled.

However, undercover EIA research carried out last year in Japan found more than half of about 300 ivory goods stores, which handle such items as seals, expressed their intention to sell them to clients, even if they would likely take the pieces abroad illegally.