The weapon is believed to be the same as the one launched on Wednesday. South Korea said the North fired two unidentified short-range projectiles into the sea off its eastern coast on Friday. 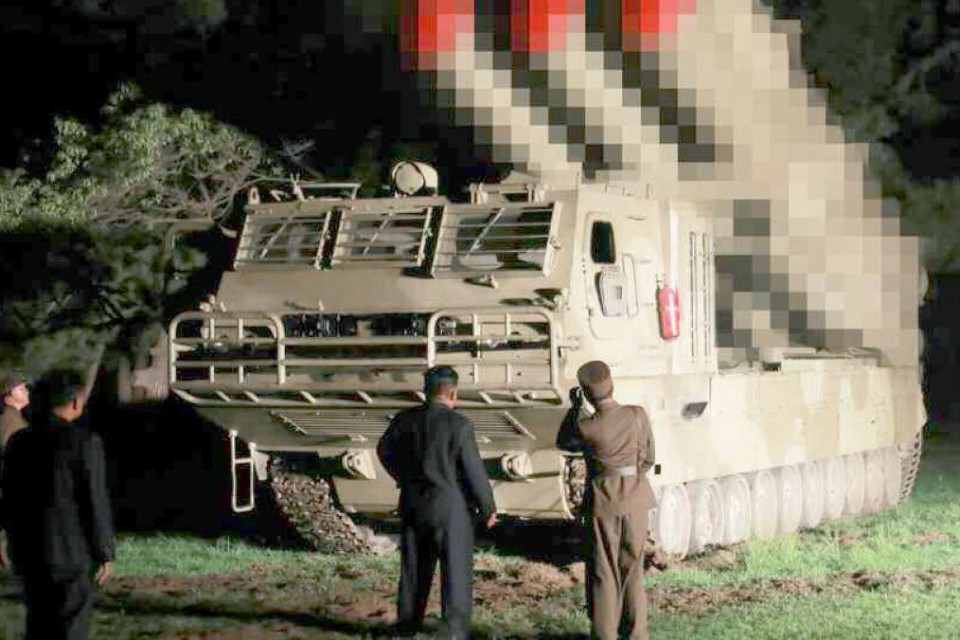 The projectiles launched Friday from South Hamgyong Province at 2:59 a.m. and 3:23 a.m., respectively, flew about 220 kilometers and reached an altitude of about 25 km and a speed of Mach 6.9, Seoul said.

North Korea has conducted several test-firings of weapons in the space of just over a week while at the same time urging the United States and the South to halt a joint military drill scheduled for later this month.

Kim and U.S. President Donald Trump agreed at a June 30 meeting in the inter-Korean truce village of Panmunjeom that the two countries would restart stalled denuclearization talks within weeks, but they have yet to take place.