A powerful typhoon that brought heavy rain and strong winds to parts of Japan was downgraded Friday to an extratropical cyclone after leaving three people dead and dozens injured.

A day after ripping through the western part of Japan, Typhoon Krosa turned into an extratropical cyclone around 9 p.m. west of the country's northernmost main island of Hokkaido, said the weather agency, which still warns of downpours, landslides and floods because of an unstable atmosphere.

The season's 10th typhoon, which was lingering over the Sea of Japan, had forced around 1,700 travelers to stay overnight at Kansai airport in Osaka, where 232 domestic and international flights were canceled.

The body of 71-year-old Noriyuki Kumabuchi, was found around 8:40 a.m. Friday after he was swept away while fishing the previous night in a river in Kamigori, Hyogo Prefecture. 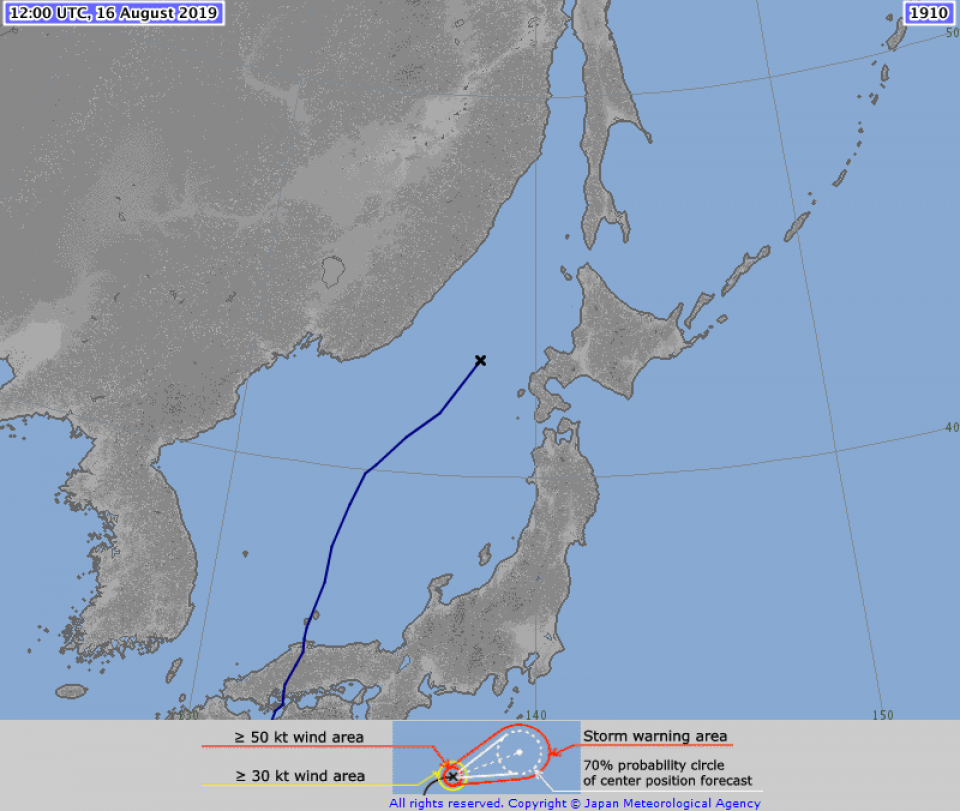 The body of 11-year-old Neneko Mori was found on the seabed about 120 meters off Shimoda in the central Japan prefecture of Shizuoka, about six hours after she was swept away at around 11:30 a.m. with her older sister, who managed to reach the shore.

In addition to strong rain, the typhoon caused high temperatures in a phenomenon known as a foehn wind, in which moist air becomes warm and dry after crossing a mountain and blows down on the leeward side.

In Nikaho in Akita Prefecture, northeastern Japan, the mercury shot up to 36.5 C at 6:18 a.m., while in the city of Itoigawa, Niigata Prefecture, Thursday's low was 31.3 C, a record high for a minimum temperature in the country. 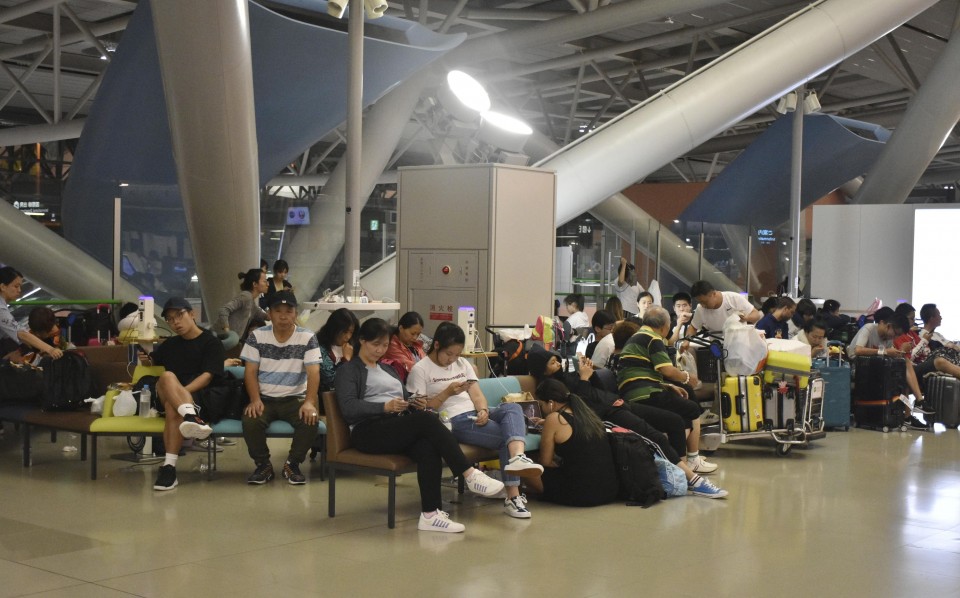 At the Kansai airport terminal building, passengers formed long lines for drinking water and sleeping bags that were distributed for free.

The operator of the main international air gateway in western Japan had stocked items such as water and blankets for 12,000 people after a powerful typhoon last September left about 8,000 people stranded.

Strong winds triggered by Typhoon Jebi caused a tanker vessel to crash into the sole bridge connecting the airport on a manmade island to the mainland.

"We didn't have enough money to stay in a hotel, so it was a relief to be given a sleeping bag," said Seiya Kurokawa, a 20-year-old university student who was scheduled to travel to Thailand.

The weather agency forecast 200 millimeters of rain in Hokkaido in the 24 hours through 6 p.m. Saturday. Hokkaido is also expected to see gusts of 126 kilometers per hour, while the Tohoku region will see gusts of 108 kph, the agency said.