An estimated 12,751 people were rushed to hospitals due to heat-related conditions across Japan over the week from Aug. 5, of whom 23 died, the Fire and Disaster Management Agency said Wednesday.

With severe heat continuing to hit Japan, the number of those taken to hospitals surpassed the 10,000 mark for the second consecutive week, while the figure dropped from 18,347 logged in the previous week from July 29, the preliminary data showed.

Of those patients, 400 exhibited severe symptoms that required at least three weeks of treatment as an inpatient, while 4,554 had symptoms requiring shorter hospital stays.

Those aged 65 and older accounted for 54.9 percent of the total.

The 23 deaths were recorded in 20 prefectures outside the capital, while Tokyo had the highest number of people sent to hospitals at 1,465, followed by Saitama at 977 and Osaka at 897. 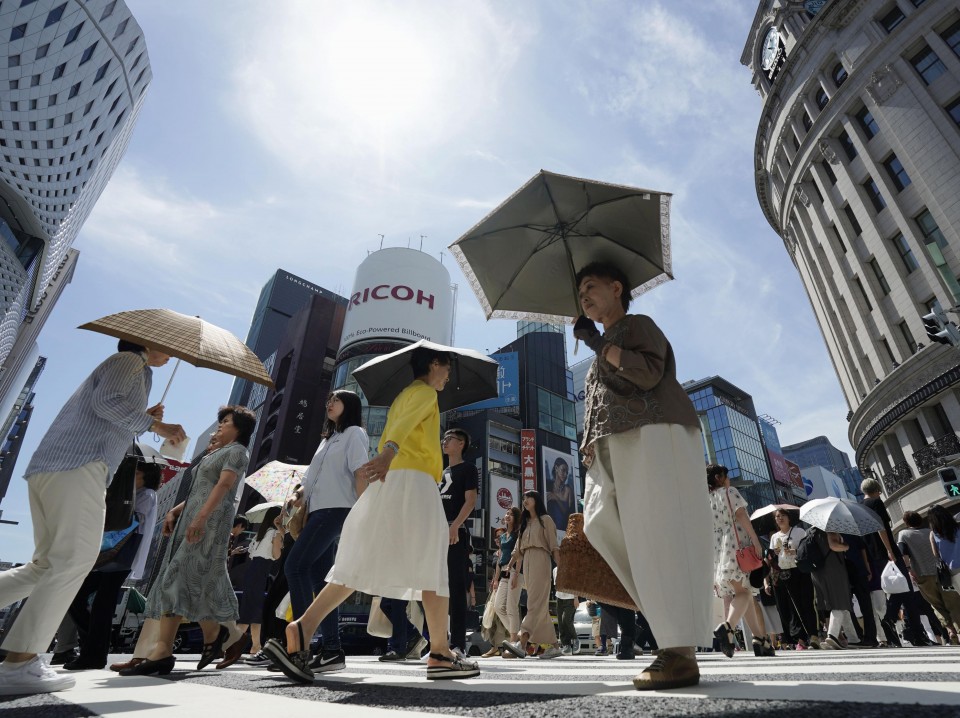