A paper crane folded by Sadako Sasaki, a Japanese victim of the Hiroshima atomic bombing who died of leukemia a decade after the attack, was donated Saturday to a memorial exhibition on the U.S. battleship Missouri at Pearl Harbor in Hawaii.

Hoping for a better future, Sadako, a peace icon, folded more than a thousand origami cranes while undergoing treatment. She died at the age of 12 in 1955.

The crane, which symbolizes good fortune in Japan, will be displayed on the battleship, on which Japan formally surrendered to the Allied powers bringing World War II to an end in September 1945. The U.S. naval base at Pearl Harbor was the site of a surprise attack by Japan on Dec. 7, 1941.

The exhibition on the Battleship Missouri Memorial is planned for 2020 to commemorate the 75th anniversary of the war's conclusion.

"We want visitors around the world to see the crane and feel the yearning for peace," said Yuji Sasaki, Sadako's nephew, who donated the crane. 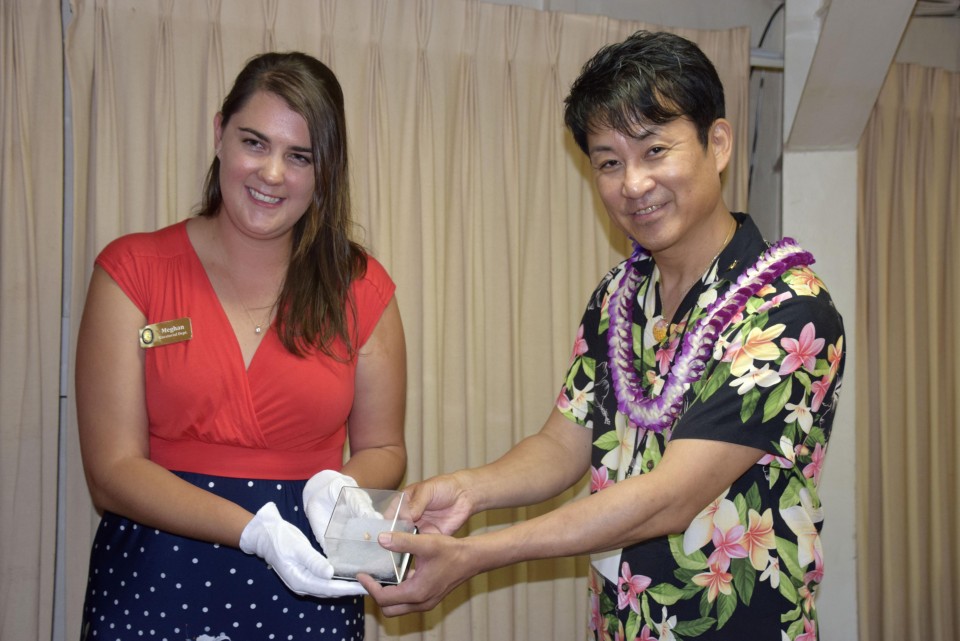 Meghan Rathbun, the curator of the USS Missouri Memorial Association Inc., said that she would tell students including those visiting from Japan the importance of peace through the crane.

"You can find hope and peace (in the) smallest voice. This is a very tiny crane representative the one girl had," she added.

Past exhibits hosted by the Battleship Missouri Memorial included one on Kamikaze pilots. The installation featured last letters written by the pilots before they went on suicide missions, ramming their bomb-laden aircraft into enemy warships.

The Battleship Missouri itself was rammed by a pilot near Kikai Island, in the southwestern prefecture of Kagoshima, but it sustained limited damage.

Sadako's paper cranes have been donated to sites around the world, including the 9/11 memorial in New York City and the Historic Wendover Airfield Museum in Utah, which has the hangar used by "Enola Gay," the B-29 which dropped the atomic bomb on Hiroshima.

Foreign hibakusha speaking out as museum dedicates section to them