China "supports dialogue" between the leaders of Japan and North Korea "as a neighbor of the Korean Peninsula," Vice Foreign Minister Kong Xuanyou said in a meeting with Kyodo News and other Japanese media outlets.

Kong, considered an expert on Japan, doubles as China's special representative for Korean Peninsula affairs at a time when the international community is closely watching whether North Korea will achieve denuclearization as Kim has pledged.

Japan should eventually lay the groundwork for normalization of ties with North Korea, Kong said, voicing hope that Tokyo will "play a constructive role" in resolving issues related to the Korean Peninsula "in a political manner." 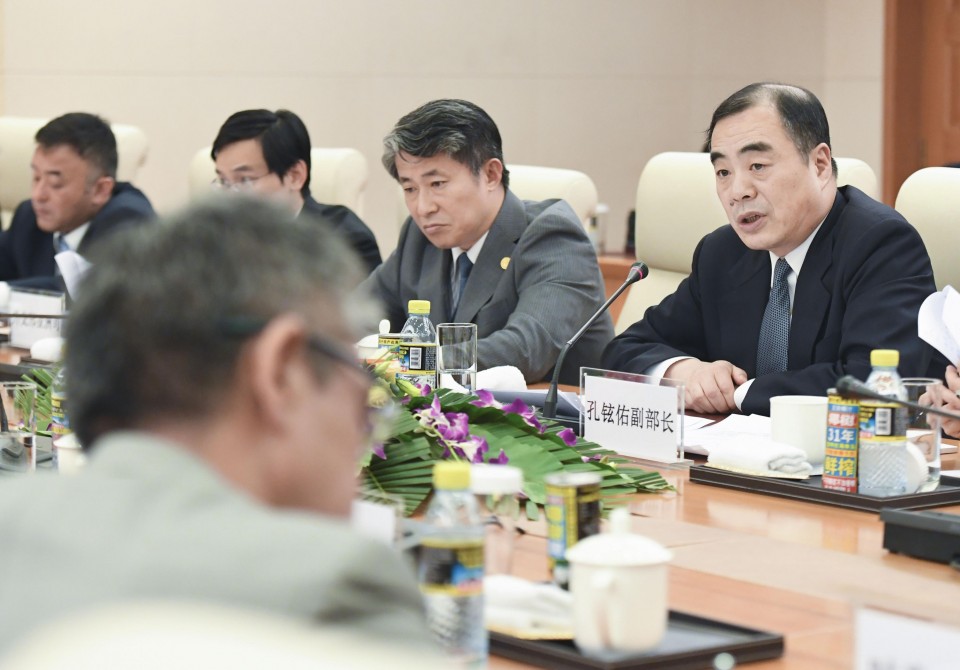 With North Korea's consecutive launches of projectiles apparently rekindling tensions in the region since earlier this month, Kong said the direction for a thaw on the Korean Peninsula is "not reversed at this juncture."

Abe had suggested a future summit with Kim would not be possible without a guarantee of progress, but he said following phone talks with U.S. President Donald Trump on Monday, "To resolve the abduction issue, I myself need to face Chairman Kim without conditions."

Relations between Tokyo and Pyongyang are stuck in a stalemate over the long-standing issue of past abductions of Japanese nationals by North Korean agents, with Abe having stated that tackling the matter is his "life's work."

Amid an ongoing trade dispute with the administration of Trump, who has pursued protectionism, Kong called for economic cooperation of Japan, saying the two countries "have great responsibility to maintain the free trade system."

Educated at Shanghai International Studies University where he majored in Japanese, Kong is a career diplomat who served as ambassador to Vietnam and assistant foreign minister before becoming vice foreign minister in 2017.