South Korean President Moon Jae In said in a congratulatory message that he expects Emperor Naruhito to "continue firm footsteps for peace, just like Emperor Akihito did," while remembering the painful past.

He also asked the new emperor to show great interest and affection for developing bilateral ties, which have been strained by issues stemming from Japan's 1910-1945 colonial rule of Korea.

Chinese President Xi Jinping sent a congratulatory telegram in which he said both countries "have a long history of friendly exchanges."

"The two sides should work together to promote peaceful development and create a bright future for bilateral relations," Xi said. 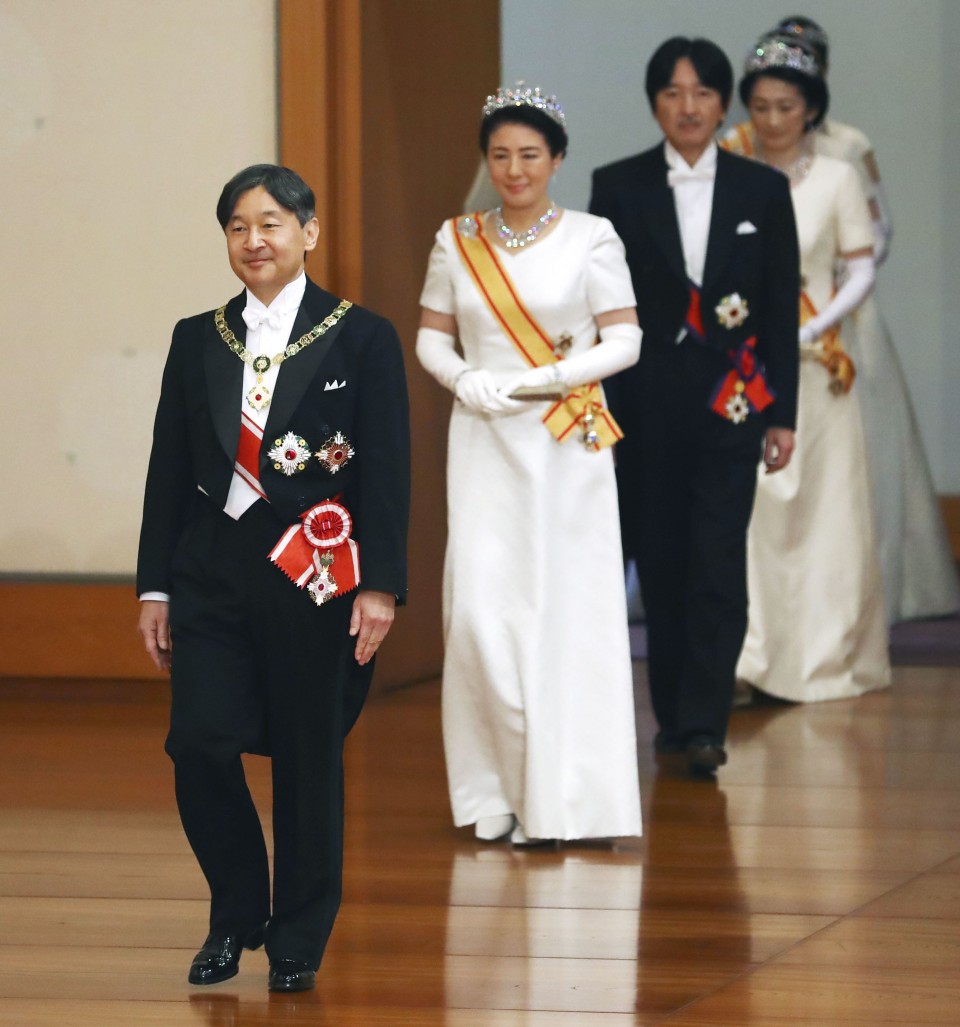 In a letter to Japanese Prime Minister Shinzo Abe, he said Thailand-Japan ties "have flourished for centuries, and are extraordinarily accentuated by the close friendship between the two royal families, as well as the unique ties of goodwill, understanding, and fellowship between our peoples."

Vietnamese President Nguyen Phu Trong, in a congratulatory message, expressed his belief that the Japanese people will gain greater achievements in the Reiwa Era and that two countries' "Extensive Strategic Partnership for Peace and Prosperity in Asia" will also make further progress.

Singapore Prime Minister Lee Hsien Loong, in a letter to the Emperor Naruhito, extended his "warmest congratulations on Your Majesty's accession to the throne."

"As we celebrate the auspicious dawn of your reign, I am confident that the relations between our two countries will reach even greater heights. May the Japanese people achieve their aspirations of peace and unity in the new Reiwa era," he wrote.

Expressing appreciation for Japan's substantial development assistance to Cambodia, the king said he looks forward to working with the emperor him "to strengthen the bonds of friendship and partnership maintain our two countries."

"We hope to build the 'golden age' for Philippines-Japan strategic partnership during the reign of the new emperor," he said.

Nepal's President Bidya Devi Bhandari, in her congratulatory message, also hailed friendly and cooperative relations with Japan and said she hopes they will be further strengthened and consolidated during the Reiwa Era.