U.S. President Donald Trump will not focus heavily on trade during his four-day state visit to Japan beginning Saturday, a senior administration official said Wednesday, suggesting the two governments are unlikely to reach an agreement during the trip.

In a meeting with Japanese Prime Minister Shinzo Abe last month in Washington, Trump said the two sides may strike a trade deal by the time of his visit to Japan in May for a meeting with new Emperor Naruhito.

"I don't think that the purpose of this trip is to focus on trade. It's really to be state guests of their majesties," the administration official told reporters, in reference to the emperor and Empress Masako.

The official, speaking on condition of anonymity, made the remarks a day after Japanese and U.S. trade officials were at odds over tariff cuts on industrial goods, including automobiles, and agricultural products during working-level talks in Washington.

While maintaining hefty levies on steel and aluminum imports from Japan, the Trump administration has also threatened Tokyo with a potential 25 percent automobile tariff in an apparent bid to pressure them into making concessions.

"The president intends to promote bilateral, free and fair trade. It's something he's been doing consistently in his meetings with the Japanese," the official said.

Japan, U.S. at odds over auto, farm tariffs, no talks on quotas 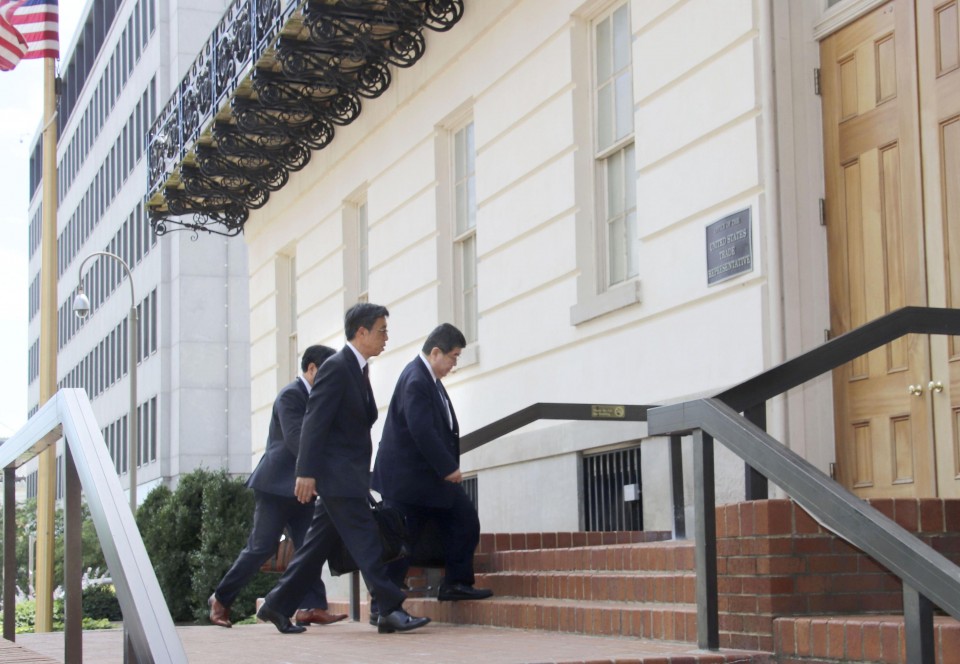 (Officials from Japan head for working-level trade talks in Washington with the United States on May 21, 2019.)

While Trump regards a bilateral trade deal as a means for reducing the U.S. trade deficit with Japan, Abe has called for ensuring any pact would be a win-win that advances the interests of both countries.

Citing the emperor's enthronement on May 1, the official said the state visit "comes at a historic moment in Japan" and "demonstrates that the alliance between the United States and Japan has never been stronger."

In a planned address to troops during a visit to the Yokosuka naval base on Tuesday, Trump will underscore the strength of the bilateral alliance, the significance of the alliance for deterring aggression in the Indo-Pacific region and highlight the regional and global nature of the Japan-U.S. partnership, the official said.

Trump and first lady Melania will have an audience Monday with the emperor and empress, making Trump the first foreign leader to meet with their majesties.

Later Monday, Abe and Trump will hold a meeting at which bilateral trade and policy toward North Korea are expected to top the agenda.

The two leaders will watch a sumo tournament together on Sunday.