Japan's Hayabusa2 space probe has successfully shot a projectile at an asteroid in the world's first of its kind experiment, the Japan Aerospace Exploration Agency said Friday, adding it will take time to confirm a crater has been created.

Japan tried the experiment to collect samples as part of the probe's mission to explore the origin of life and the evolution of the solar system.

"The metal bullet hit the surface of the Ryugu asteroid and there was an outburst of materials," said Yuichi Tsuda, associate professor at JAXA.

"The experiment was a success," he said. "It's the world's first such achievement."

JAXA will only be able to confirm whether a crater has been successfully created by late April and the probe is scheduled to land on Ryugu in May, it said.

The probe will collect from the crater subsurface samples of the asteroid, which is believed to contain organic substances and water with remnants of the primitive solar system, the agency said. 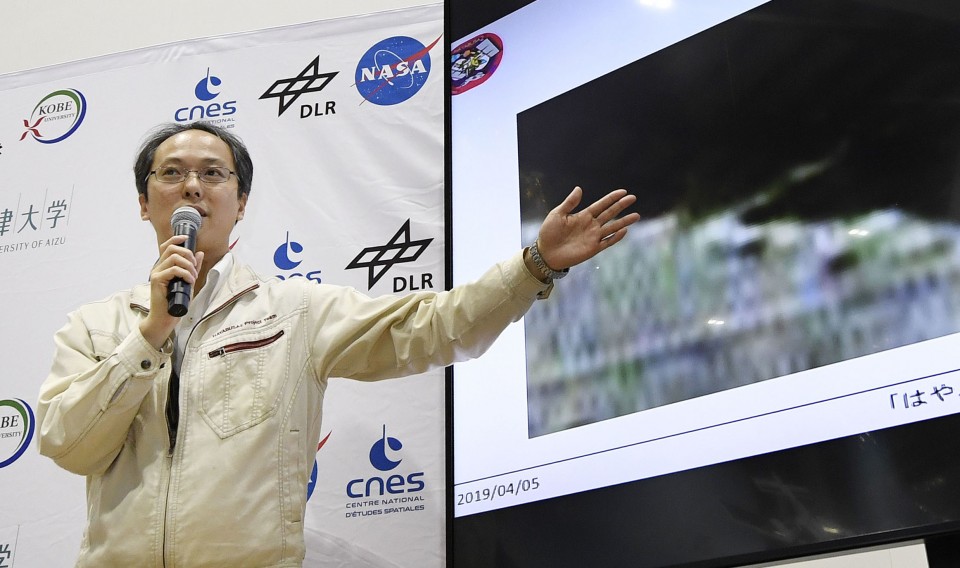 Hayabusa2 separated a carry-on impactor 500 meters above the asteroid's surface after starting its descent Thursday from its home position 20 kilometers away.

The impactor had been set so it would detonate 40 minutes after separation, shooting a copper "impact head" into the designated area at a velocity of 2 km per second to create the crater.

The impactor head landed relatively close to the targeted area which had a diameter of 400 meters and was near the equator.

After releasing a camera to capture images of the projectile impact, the probe was confirmed to have temporarily moved behind the asteroid to escape the debris caused by the detonation and the projectile's impact. 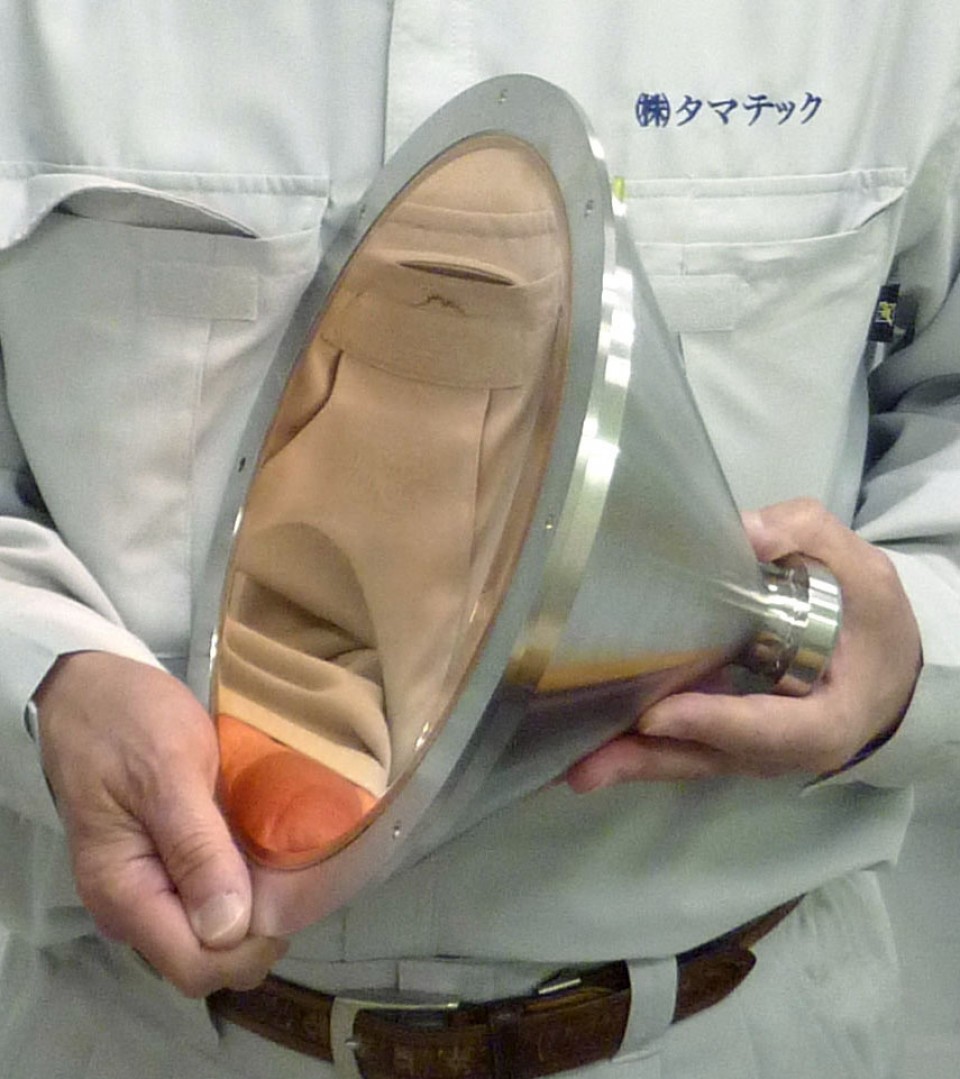 (A small carry-on impactor, the same type mounted on the Hayabusa2 space probe.)

The probe will return to its original position on April 16 and land on Ryugu after ensuring no debris is floating.

It will also study the inside structure of the asteroid by observing the surface before and after the projectile collision, as well as acquire data necessary for planetary collision science, according to JAXA.

"It's a challenging mission, but we've made thorough preparations for it," said Takashi Kubota, a professor at JAXA's Institute of Space and Astronautical Science, at a press conference in the morning, adding, "I leave the rest to fate."

Smiles spread among the Hayabusa2 operation team at the institute in Sagamihara, Kanagawa Prefecture, as they confirmed the success of each scheduled step.

Fans also gathered at a city museum to join a public viewing event, closely watching progress inside the operation room.

"It's amazing that (Hayabusa2) is moving accurately even though it's located far away," said 9-year-old Kotaro Shigemori from Tokyo.

High technology is required in separating an impactor and detonating it some 300 million km away from Earth while making the probe navigate on its own. If the mission ends in a success, it is hoped it will secure Japan a leading position in the field of asteroid probes in the future.

It touched down in February to collect surface samples and it found hydrated minerals that will help scientists determine whether asteroids brought water to Earth as hypothesized.

Asteroids like Ryugu are often likened to a fossil, as they are thought to have preserved traces of the time when the solar system was born. But Ryugu's surface has weathered through the impact of solar wind, making it necessary to dig deep to collect such materials.