A Japanese baby, who weighed just 258 grams when he was born in October and is believed to be the smallest boy to have survived in the world, left hospital in good health on Saturday with his family.

"After going home, I want the baby's brothers and sister to hold him in their arms," the mother, Toshiko Sekino, said.

As of Friday, the baby, Ryusuke, weighed 3.37 kilograms and is believed to have set a new record as the world's smallest boy to survive, according to the Nagano Children's Hospital. 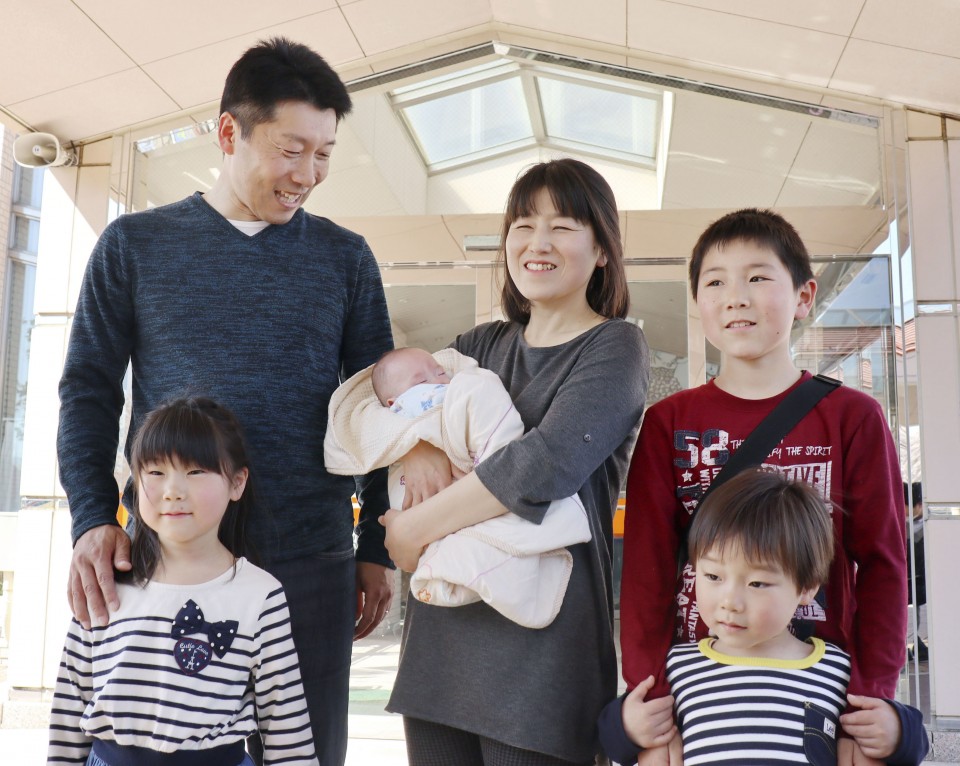 His father Kohei Sekino expressed his happiness saying, "I was not expecting to be able to see him outside the hospital this quickly."

According to the University of Iowa's Tiniest Babies Registry, the previous record holder was a baby boy born last year at Keio University Hospital in Tokyo weighing just 268 grams. The baby was discharged from the hospital on Feb. 20.