A baby born weighing just 258 grams looks likely to set a new record as the world's smallest boy to survive, according to a hospital in central Japan's Nagano Prefecture.

Doctors are confident that now around 5-month-old baby boy Ryusuke Sekino will soon be able to leave hospital, breaking a record previously set by a child born in Tokyo last August by 10 grams. 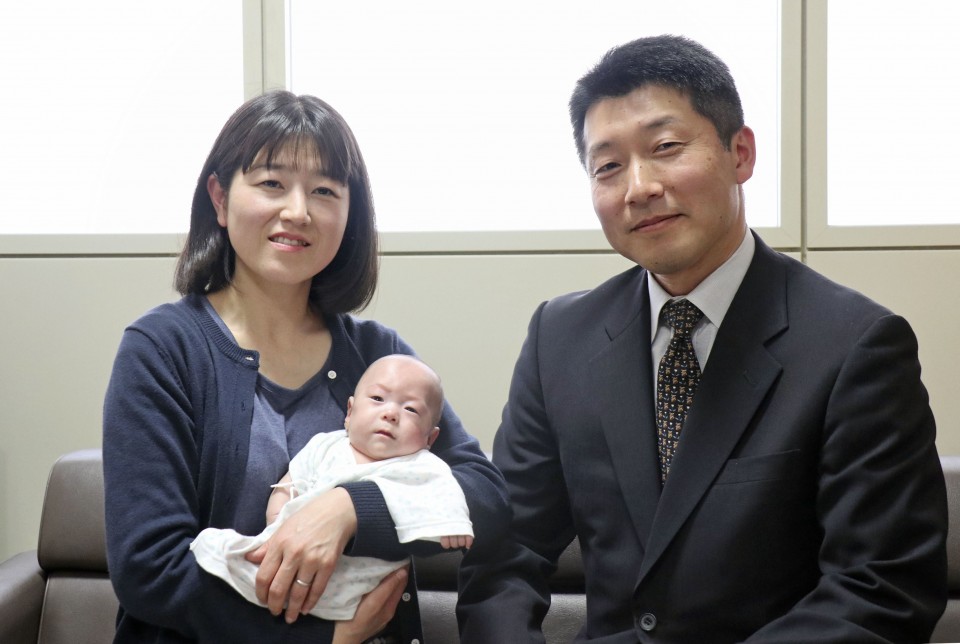 (Baby boy Ryusuke Sekino, born in October 2018 with a birth weight of 258 grams, is pictured with his parents in Nagano Prefecture on April 19, 2019.)

The survival rate of babies born weighing less than 1 kilogram is about 90 percent in Japan, but that of babies less than 300 grams is low, especially for boys.

Doctor Takehiko Hiroma of the Nagano Children's Hospital said at a press conference that he was "very happy" that the care provided for the baby boy, who has grown to a healthy 3.37 kilograms, was successful.

"There have been difficulties in the treatment because, immediately after his birth, his blood vessels were too thin to administer intravenous drips," he said.

The baby's mother, Toshiko Sekino, who also attended the press conference, recalled how at first the child looked so fragile that she was not even sure how to touch him.

"I'm really happy to see him growing day by day, thanks to the hospital's careful efforts," she said.

According to the University of Iowa's Tiniest Babies Registry, the previous record holder was a baby boy born at Keio University Hospital weighing just 268 grams. The baby was discharged from the hospital on Feb. 20.

The website shows 25 babies worldwide were born weighing less than 300 grams and survived, six of whom were boys.