Tokyo is home to Prince Chichibu Memorial Rugby Ground, a decades-old stadium that is the home of Japanese rugby.

Built two years after Japan's surrender in World War II the ground is set to be relocated over the coming years and rugby aficionados are hoping "the sacred field in eastern Japan" will be reborn as a sports and amusement facility with a full-fledged museum. 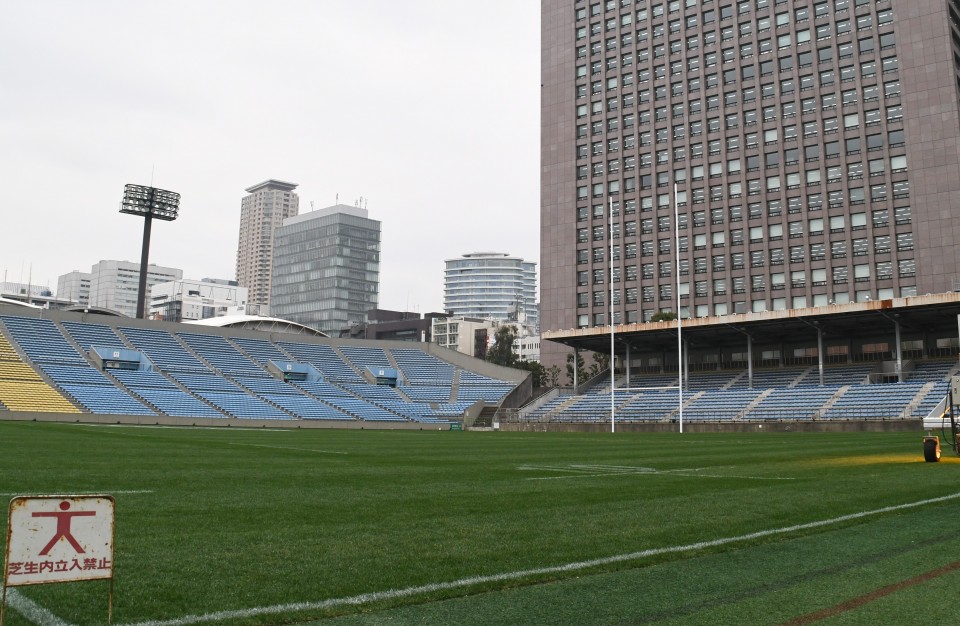 The ground, widely called Chichibunomiya, will be relocated in the Meiji Jingu Gaien district in downtown Tokyo, an area that is home to two baseball stadiums and the New National Stadium, which will host next year's Olympics.

Despite its fame, Chichibunomiya was not selected as a venue for the upcoming Rugby World Cup, in part because of its aging facilities and because Tokyo's preferred stadium was originally the New National Stadium and then Tokyo Stadium, more commonly known as Ajinomoto Stadium, when it was deemed the former would not be ready in time.

Matsuo, a 65-year-old Tokyo native, was a prominent college player and rose to fame when he led the now-defunct corporate team Nippon Steel Kamaishi to seven straight national championship titles in the 1970s and 1980s.

"I played rugby at Chichibunomiya (in 1965) when I was around 10. I still remember I was amazed to see green grass," Matsuo said, recalling the high quality turf.

"I hope the new Chichibunomiya will have a museum focusing on the whole history of rugby in Japan," said Matsuo who runs a members-only bar in Tokyo.

Matsuo said the museum should offer visitors opportunities to learn in detail about how prominent coaches have led players in Japan as well as how the country has developed a system involving professionals.

"I am sorry that we have few facilities where we talk about the history of rugby in Japan. If Japan gives a good performance in the World Cup that can be recognized by the world, it would help realize such a rugby museum at the new stadium," Matsuo said.

Before the war, college rugby was popular in Japan and games were played at a stadium that stood on the area where construction of the New National Stadium is under way.

With the old stadium under the control of the U.S.-led Allied forces after the war, leaders in rugby circles scraped up the money and to build a new stadium on a nearby lot that had been used by a predecessor of Gakushuin Women's College until it was destroyed in an air raid in May 1945.

The late Japanese Prince Chichibu, an uncle of outgoing Emperor Akihito, was a leading supporter of the construction of the new rugby stadium, which had wooden bleachers.

The prince was known for his interest in all sports and visited the construction site shortly before the ground's opening in November 1947. The prince also came to the field to meet players from Oxford University in September 1952, months before he died the following year.

The stadium, initially called Tokyo rugby stadium, was renamed after the prince in 1953.

The new Prince Chichibu stadium should have a comprehensive museum that covers the war-related history as well as other functions such as conference rooms, veteran rugby journalist Koichi Murakami said.

"It should be a place where various activities related to rugby take place every day even on weekdays when games are not played on the field," Murakami, 54, said.

Many things remain undecided about what the new ground should have outside the field, said Makiko Hatano, an official of the Japan Sport Council who is in charge of the management of the stadium.

"We hope to see the new stadium draw a wide range of people including children and women," Hatano said.