Some rugby devotees have taken their commitment to the game to quite incredible levels in the lead up to the World Cup, with one man carrying a ball with him wherever he goes and another couple operating a bar that hosts groups of women for crash courses in the 15-a-side game.

Japan will kick off the sport's showcase event with their match against Russia at Tokyo Stadium, better known as Ajinomoto Stadium, on Sept. 20. The venue will play host to two quarterfinals, and the third-place match on Nov. 1. 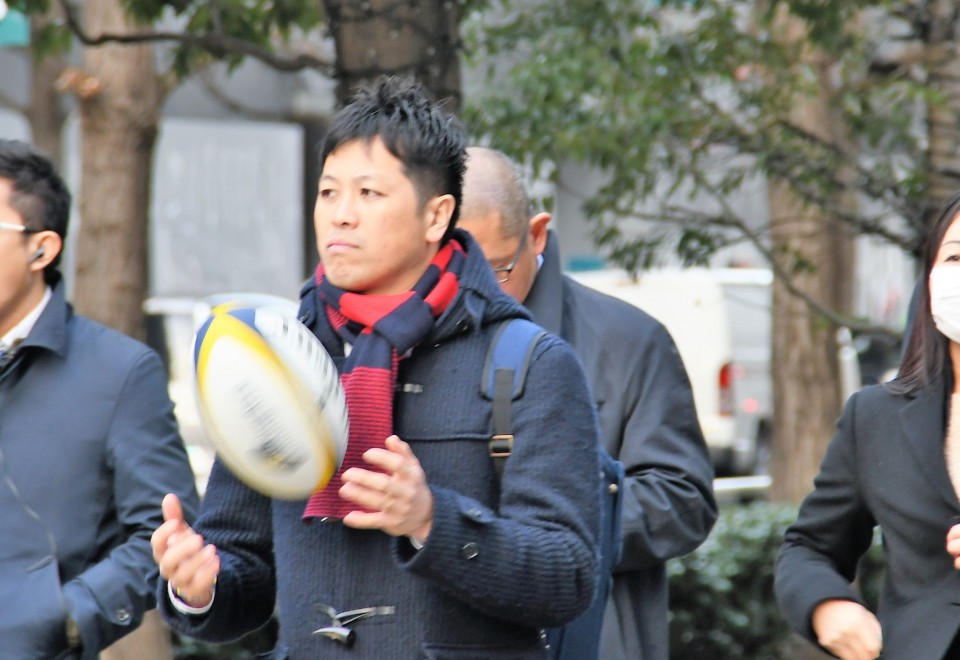 "I pass thousands of people every day. It should be the best chance to make them aware we're having a World Cup," Hirofumi Uchiyama, general manager of a Tokyo-based corporate league team, said, explaining why he carries the rugby ball with him on trains, buses, and even the streets of Tokyo.

The rugby ball he tucks under his arm is a conversation starter with the many strangers he encounters, said Uchiyama, a former player with NTT Communications Shining Arcs in Japan's first-tier Top League.

Uchiyama, 38, puts the ball on his shoulder on crowded trains and uses a different carriage each day, so as many people as possible can see it, adding the ball is within reach even during official meetings he attends.

He launched the self-styled campaign to do his small part for the promotion of the World Cup, which critics say has been a major failing of those responsible for organizing the event despite it being the first time Japan is hosting the quadrennial tournament.

Rugby has a devoted following in Japan but there is a lack of stadiums dedicated to the sport and the fanbase is considerably smaller than exists for baseball and soccer, the country's most popular sports.

Thus far the reaction to the ever-present rugby ball, including in spontaneous conversations about the event and through friend requests on Facebook, has been positive, Uchiyama said. He hopes it leads to more people coming out to watch matches.

"To raise the public awareness of the World Cup further, I want all Top League players to carry the ball when they walk in town during the tournament," Uchiyama said.

Masakazu Takeuchi, 43, owner of a rugby-themed bar in Tokyo, is another rugby evangelical who is harnessing a grassroots movement to get women in Japan involved in the upcoming event.

He invites luminaries of the game to speak approximately once a month at his bar, with the specific aim to engage women in the sport in the hope he can spark interest and boost the number of women at games this fall. Takeuchi offers female customers a 20 percent discount on days of the event.

"Where can I see Mr. Dan Carter? I'm dying to see him," a woman asked during the event in late February at the bar called "No Side Club" in Tokyo, referring to New Zealand's heartthrob twice World Cup-winning flyhalf who now plays for Top-League team Kobe Kobelco Steelers.

Participants in the events ask questions of the guest speakers, including about basic rules of rugby. 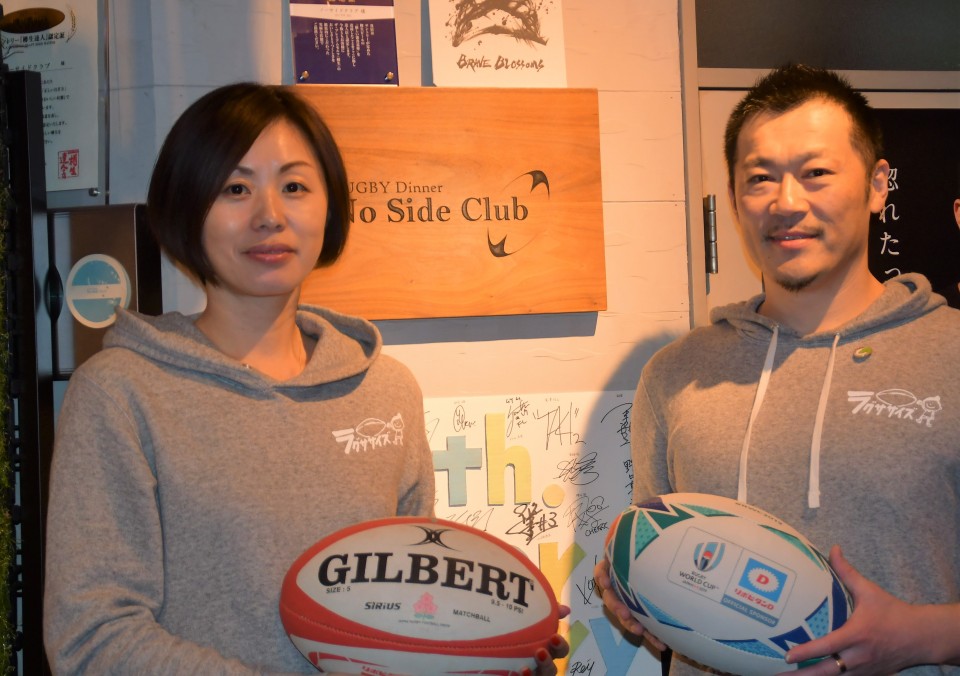 (Masakazu Takeuchi, right, and his wife Yoko Takeuchi pose for a photo at the No Side Club rugby-themed bar in Tokyo on Feb. 20, 2019.)

"I really like this event as I can make friends with many women who like rugby," said Mikiko Takiuchi, a 32-year-old office worker. Another participant Setsuko Hakoda, 55, said, "We can find somebody here to go to stadium with."

Takeuchi's wife, Yoko, 44, has not always been a rugby fan, however. She helped her husband with the bar but kept her distance from anything rugby related since they opened the bar in Tokyo's Takanobaba area in July 2011.

But she too fell in love with the game after watching some games in person and talking to players. Now she even hosts events herself.

"I was glad to see many women coming today," Yoko said at the end of the event. "We should try to draw more women to rugby."

Takeuchi, an amateur rugby player himself, has organized various rugby events since he opened the bar with the aim of increasing the sport's fanbase.

"Generally speaking, it could be very difficult for a rugby-themed bar to survive (in Japan) for eight years, so that's why we have organized so many events," Takeuchi.

The bar also holds a monthly event featuring activities aimed at bringing people together in solidarity with Kamaishi, a seaside town in the northeast which was devastated by the 2011 earthquake and tsunami.

Kamaishi, in Iwate Prefecture, was home to the storied Nippon Steel rugby team that won seven consecutive national titles in the 1970s and 1980s and also will host two World Cup matches, in September and October.

The Takeuchis still remember the excitement they shared with customers at the bar when Japan pulled off their stunning victory over powerhouse South Africa in the previous World Cup in 2015 in England, something they dream of seeing a repeat of on home soil.

"Yoko and I have been working hard toward this year's World Cup in Japan," Masakazu said. "We hope to share a good time with many customers during the event so we can see the culmination of years of our work." 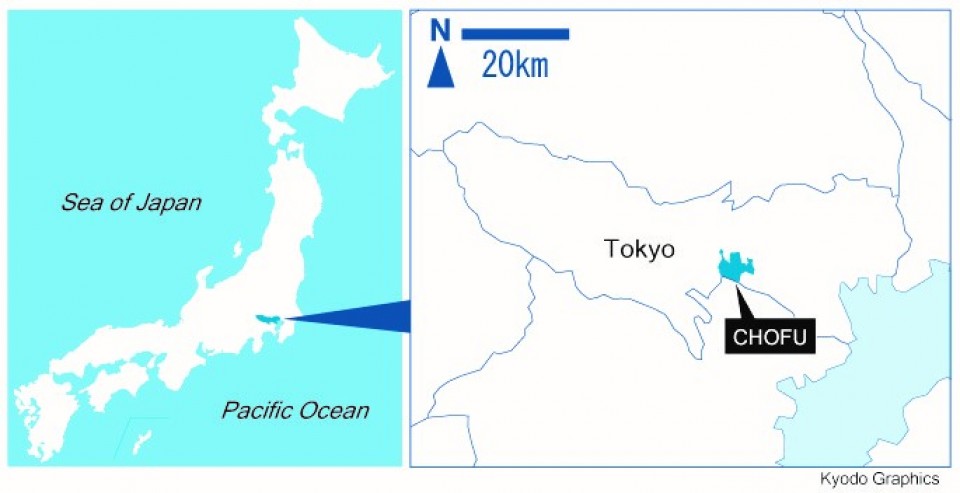