Former Nissan Motor Co. Chairman Carlos Ghosn's wife Carole was questioned by prosecutors at a Tokyo court Thursday, a week after her husband was served a fresh arrest warrant and put back in detention over an allegation he misused company funds for personal purposes, possibly including the purchase of yacht by his wife's company.

"I cannot disclose the content but she responded with sincerity," Junichiro Hironaka, one of Ghosn's lawyer told reporters after he and three other members of the defense team attended the hearing held for around three hours behind closed doors at the Tokyo District Court.

Hironaka indicated that Carole Ghosn gave an explanation that could lead to her husband's acquittal. The defense team also cross-examined her, but she was not questioned by the judge, according to Hironaka. 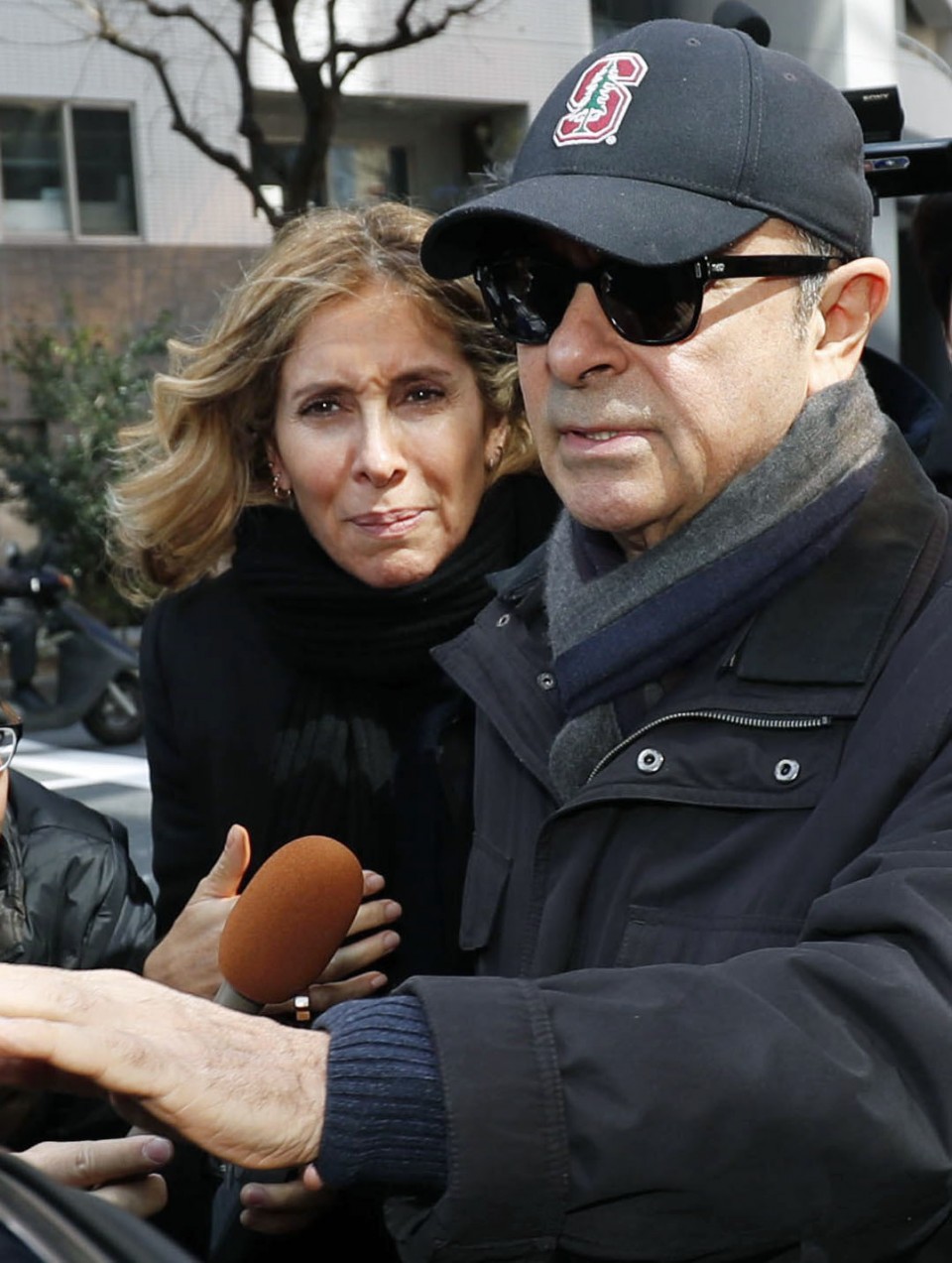 She departed Japan for France using her U.S. passport Friday, a day after investigators arrested Ghosn and confiscated her Lebanese passport, and returned to Japan by Wednesday.

She is believed to have answered questions about the alleged transfer of Nissan funds to her company based in the British Virgin Islands, a tax haven, which were possibly used to purchase a luxury yacht worth 1.6 billion yen ($14 million) and a jetski.

She has the right to refuse to testify when there is a possibility that such testimony could result in her or her relatives' criminal prosecution or conviction, Hironaka said.

Carlos Ghosn, released on bail in early March following his first arrest in November, is back in custody after being served with a fresh warrant last Thursday in connection with the misuse of Nissan funds paid to an Omani distributor.

The distributor, Suhail Bahwan Automobiles, allegedly received $15 million between December 2015 and July 2018, and transferred $5 million of this to a bank account owned by Good Faith Investment -- a Lebanese investment firm that Carlos Ghosn effectively owns -- before part of it ended up in Carole Ghosn's company.

The questioning of Carole Ghosn at the court had been requested by prosecutors after she refused to answer questions on a voluntary basis at the time of her husband's arrest last week.

She said in an interview with Le Journal du Dimanche aired Sunday that she left Japan because she feared for her safety after prosecutors confiscated her Lebanese passport, personal computer and mobile phone Thursday.

She also said she would return to Japan for questioning by prosecutors, denying that she fled.

The Japanese Code of Criminal Procedure says that when there is a person who apparently possesses information essential to the investigation of a crime, a prosecutor may, only before the first trial date, request that a judge examine the person as a witness.

The 65-year-old former Nissan boss has been indicted on charges of violating Japan's financial instruments law by underreporting remuneration to regulators over a number of years, and aggravated breach of trust in relation to the alleged transfer of private investment losses to Nissan.

Credited with saving Nissan as it teetered on the brink of bankruptcy in the late 1990s, Carlos Ghosn has denied all allegations.