China has expressed appreciation for the achievements of Japanese Emperor Akihito, who declared his abdication on Tuesday, saying he has contributed to improving ties between the two nations.

"Emperor Akihito visited China in 1992 and met with Chinese party and state leaders on many occasions. He has made positive contributions to China-Japan relations," Foreign Ministry spokesman Geng Shuang told reporters on Monday, according to the ministry's website.

"The China-Japan relations have come back to the right track and taken on the positive momentum of development," Geng said, while calling on Tokyo to make efforts to "properly handle sensitive issues."

Emperor Akihito and Empress Michiko visited China in 1992 amid concern that he could be criticized or heckled publicly over Japan's aggression against China before and during World War II.

Japanese troops invaded China in the 1930s in the name of Emperor Akihito's father, Emperor Hirohito, known posthumously as Emperor Showa. As a result, bitter memories of the period run deep in China. 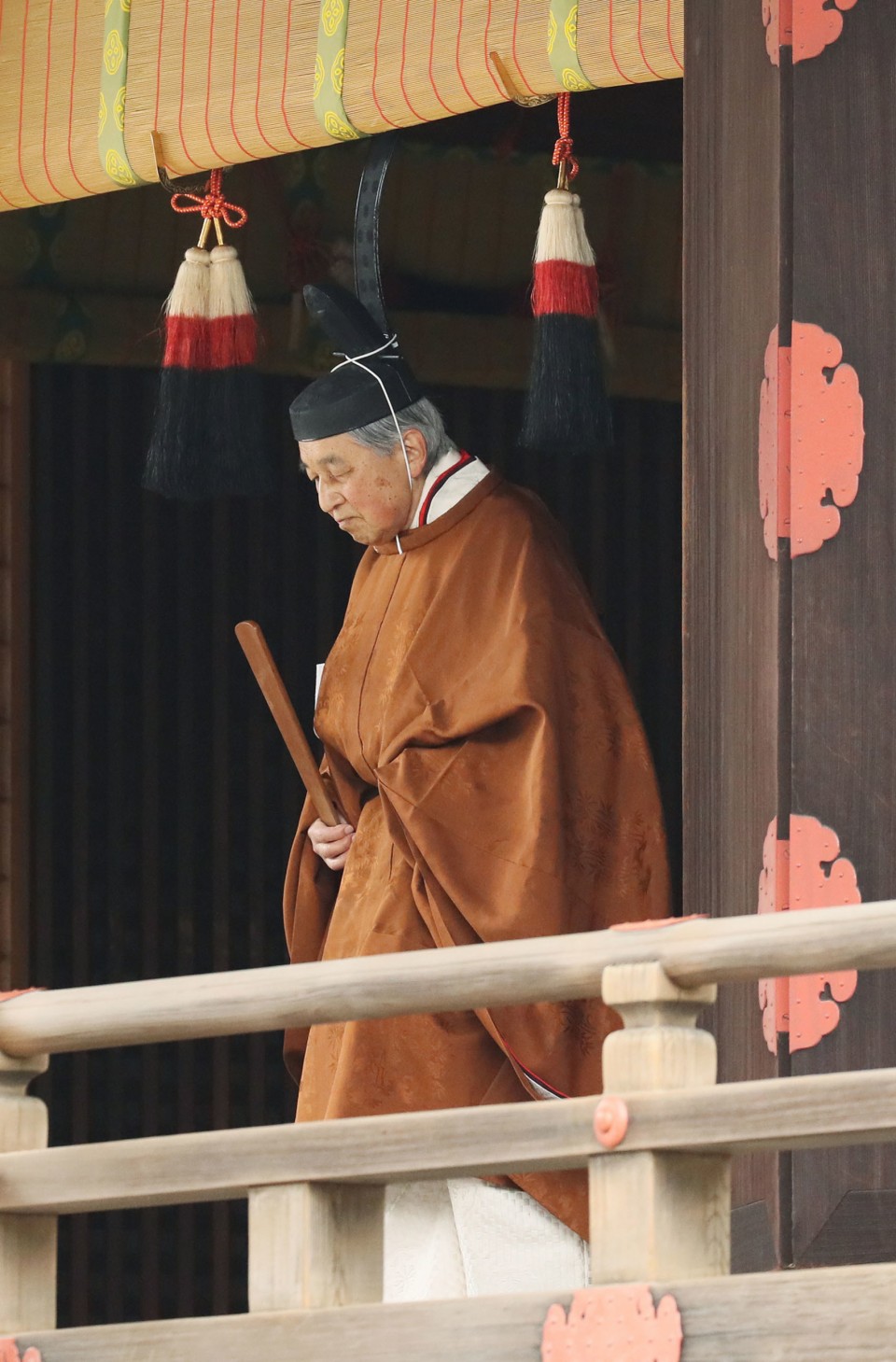 But Emperor Akihito's visit was eventually termed a complete success by Beijing.

For more than five years until late 2017, Sino-Japanese ties were said to have been at their worst level in decades over a territorial row in the East China Sea.

The situation has since changed, however, with 2018 -- the 40th anniversary of the signing and entering into force of the bilateral Treaty of Peace and Friendship -- serving as an incentive to forge better relations.

Chinese President Xi Jinping is expected to attend a Group of 20 summit scheduled to be held in Osaka in late June. That would mark his first visit to Japan since he came to power in 2013.

Beijing has also decided to appoint Vice Foreign Minister Kong Xuanyou, considered an expert on Japan, as its next ambassador to the country. Kong is likely to visit Japan as early as May after Crown Prince Naruhito's ascension to the throne on Wednesday.