Popular Japanese boy band Arashi said Sunday it will suspend its activities at the end of 2020, shaking millions of fans across Japan and Asia.

One of the many male idol groups created by Japan's giant entertainment agency Johnny & Associates Inc., Arashi has been active as a group and individually, not only in music but in movies, Japanese dramas, variety shows and commercials since making their debut in 1999. 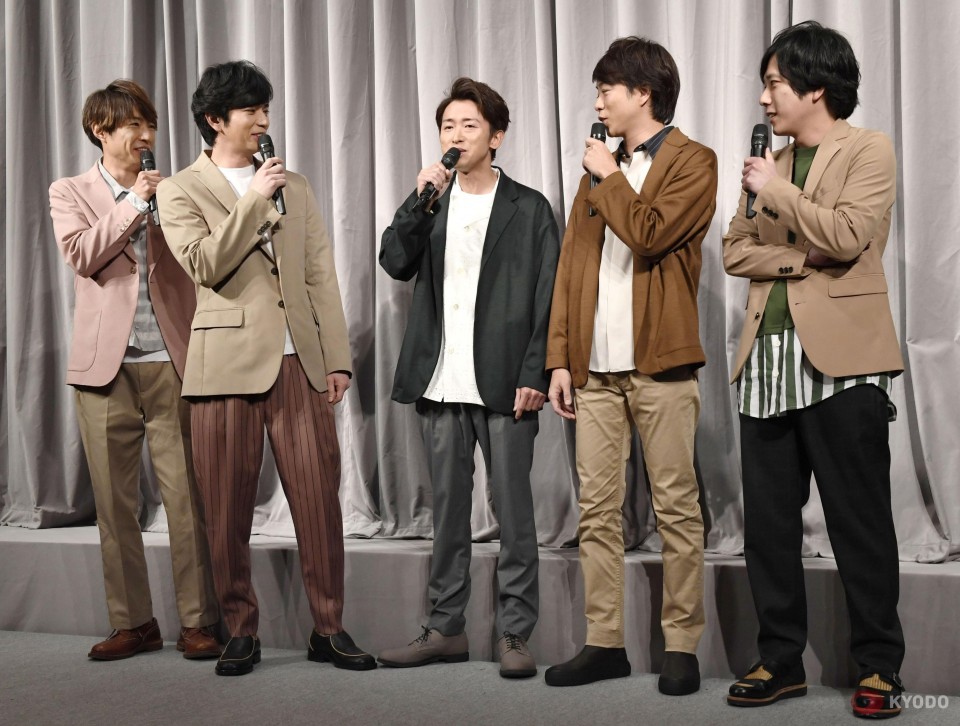 Arashi's suspension of activities will disappoint fans as much as when SMAP, a similarly beloved pop group, disbanded in 2016.

The decision came about after Ono, 38, told his band mates in June 2017 that he wished to leave after a 20-year career.

"We discussed this numerous times among the five of us, and in the end concluded that we should suspend our activities," explained Ono on an official fan website earlier in the day.

Reaction by fans to the news was swift. They begged the group to continue their activities, tweeting "It cannot be possible" and "Let it be a dream." Many mentioned how the band was part of their youth.

"The news was such a shock that I couldn't remain calm," said Anzu Koshida, a 20-year-old university student from Tokyo who rushed to a Johnny's goods shop. "Arashi was entwined with my youth from elementary school to university. I am sad that I will be unable to see the five members' performances," she added.

"They were such national idols and both parents and children could enjoy what they did," said Yuko Okazaki, a 50-year-old mother who was at Johnny's official goods store in Fukuoka city in southwestern Japan.

"They seemed so busy recently so I hope they can have a good rest," said her 16-year-old daughter Ruri.

News of the band spread across Asia quickly. Words related to the band were popular search words on Weibo, China's microblogging site, with many commenting, "I can't accept this" and "This is so sudden and unexpected." Teary emojis filled the comment boards.

The reaction was similar in Taiwan. "Fans are crying," blared a Taiwanese newspaper in its online edition. "Fans are startled and cannot believe it," it added.

After the torrential rain that devastated western Japan in 2018, members visited shelters to encourage the victims.

When tourism in Japan took a hit after the nuclear crisis in Fukushima Prefecture triggered by the earthquake and tsunami in March 2011, Arashi participated in a film "Message from Japan" aired across 133 countries and regions, urging people to visit Japan again.

Most recently in 2018, members went back to visit a noodle shop in Fukushima that had been forced to close but had recently opened.

"It's a pity that they are going to discontinue their activities but there is still some time (until they do)," said Chiyoko Takahashi, the 70-year-old owner of the shop.

"I was so happy that they came and told me that my noodles were tasty. I would like them to come again."