The Japanese entertainment industry mourned on Wednesday the death of Johnny Kitagawa, the founder of one of Japan's most powerful talent agencies which shot a long line of boy bands to fame over a period of more than half a century.

"My life greatly changed because I met Johnny-san. Please rest well," said Satoshi Ono, the 38-year-old leader of Arashi, one of the most successful idol groups created by Kitagawa's talent agency and production company Johnny & Associates Inc. Another member, 35-year-old Jun Matsumoto, said through a statement, "I wanted to watch more shows created by Johnny-san and talk more with him."

Noriyuki Higashiyama, a 52-year-old actor and a member of Shonentai, another group belonging to the agency, described Kitagawa as "like a father to us" as he spoke on a TV program a day after the death of the 87-year-old mogul.

"He was the No. 1 person in the entertainment world. We will inherit his spirit and act brightly and happily," Higashiyama said.

A number of other celebrities affiliated with Kitagawa expressed gratitude for the role he played in propelling them to fame.

Boy band TOKIO member Taichi Kokubun, 44, thanked Kitagawa in tears on a different TV program, saying, "He taught me the beauty of entertainment, and the fun and the challenges of this business among many things. I only feel grateful."

"What a loss for Japan!" said 85-year-old actress and talk show host Tetsuko Kuroyanagi, who worked with Kitagawa for almost 60 years. "He discovered and trained many boys who were like 'diamonds in the rough.'"

The Los Angeles-born Kitagawa, whose real first name was Hiromu, died of a stroke at a hospital in Tokyo on Tuesday after being admitted there on June 18.

He was known as the man behind the success of numerous pop groups, including SMAP, Arashi, KAT-TUN and Hey! Say! JUMP, which became household names in Japan and had fan bases abroad.

Kitagawa was the holder of three Guinness World Records titles for the most No. 1 artists, the most No. 1 singles and the most concerts produced by an individual. 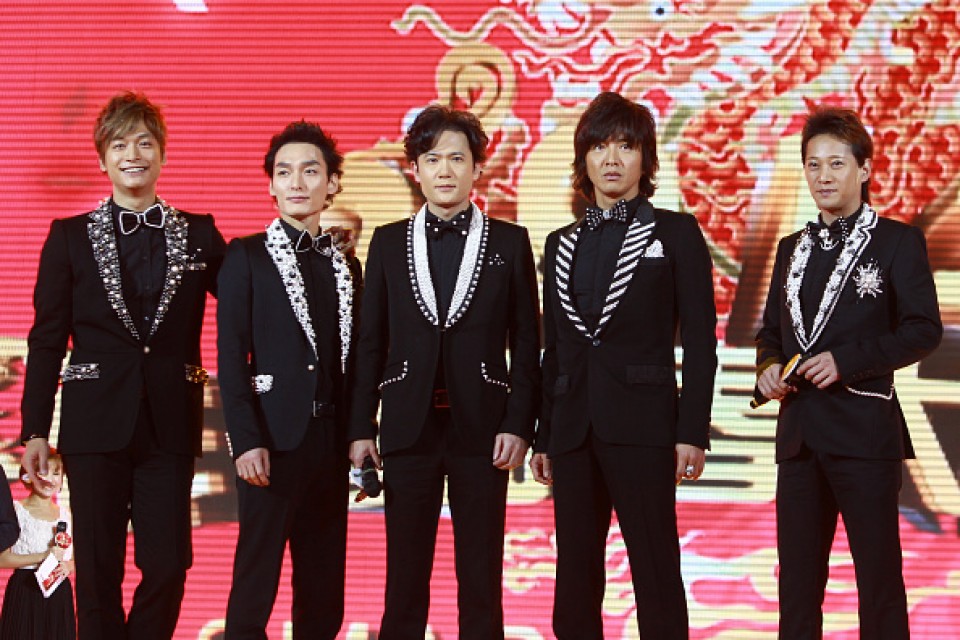 His agency Johnny & Associates has produced 439 No. 1 singles in weekly charts of 47 groups since 1974, with total sales amounting to 148.2 million copies, according to Oricon Inc.

SMAP's 2003 hit song "Sekai ni Hitotsu Dake no Hana" (The Only Flower in the World) was the agency's top seller with over 3.1 million copies and among the 12 tracks whose sales topped 1 million copies.

The agency was recently looking to hand the reins over to a younger generation with 37-year-old Hideaki Takizawa, a former member of J-pop idol duo Tackey & Tsubasa, named president of Johnnys' Island Inc., an affiliate company of Johnny & Associates, in January.

Takizawa retired from entertainment last year to take on a greater role in running the office by training talent and producing. The agency, which had long shunned the internet in promoting its acts, only recently changed policy and allowed posting of images and videos online.

The move followed the disbanding of SMAP in 2016 and a surprise announcement in January by Arashi that it planned to go on hiatus at the end of next year.

"Johnny-san, you have always guided us until now. I hope you can rest well," Takuya Kimura, a former member of SMAP, said in a post on his official account on Chinese social media platform Weibo.

Chinese media were quick to report Kitagawa's death, reflecting the level of interest in the country, where SMAP held its first and only overseas concert in 2011. Weibo was also flooded with comments on his death.

"I can't hold back my tears," read one comment on the social media platform, while another user wrote Kitagawa "provided many girls with an idol."

In Tokyo's Harajuku district, a 42-year-old woman visiting a store selling memorabilia related to Johnny & Associates' acts with her 14-year-old daughter said, "I think he was able to raise many idols as he had a big heart and personal magnetism."

Deputy Chief Cabinet Secretary Kotaro Nogami said of Kitagawa at a press conference on Wednesday, "He made great accomplishments in Japan's entertainment world."