The Japan Basketball Association announced Wednesday that four former national team players have been suspended from official competition for one year for buying sex in Jakarta during the ongoing Asian Games.

Along with the suspensions, JBA president Yuko Mitsuya, 60, will receive a 10 percent pay cut for three months. The association handed down the punishments following an extraordinary council where the players gave their explanations for the incident. 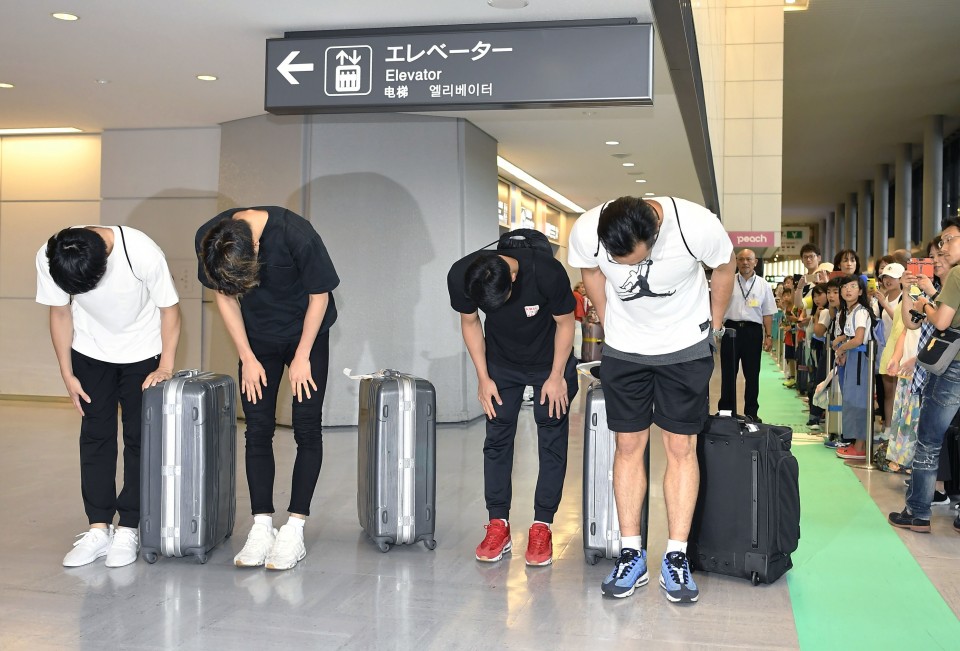 (The four players bow in apology upon their return from Indonesia on Aug. 20)

The B-League players -- Yuya Nagayoshi, 27, Takuya Hashimoto, 23, Takuma Sato, 23, and Keita Imamura, 22 -- were introduced to women on the street in an entertainment district through Japanese men who acted as go-betweens, and took the women to a nearby hotel. The four players had been wearing the official team uniform.

After the incident came to light, they were stripped of their membership of the national team and sent home on Aug. 20. The players apologized for their wrongdoing at a press conference in Tokyo later that day.

The remaining eight players on the Japanese basketball team have continued without their teammates at the Asian Games, the world's biggest multi-sport event after the Olympics, and will face Indonesia on Friday in a game to determine seventh and eighth place.

The latest in a spate of scandals has rocked the Japanese sport world as the country gears up for the 2020 Tokyo Olympic and Paralympic Games. 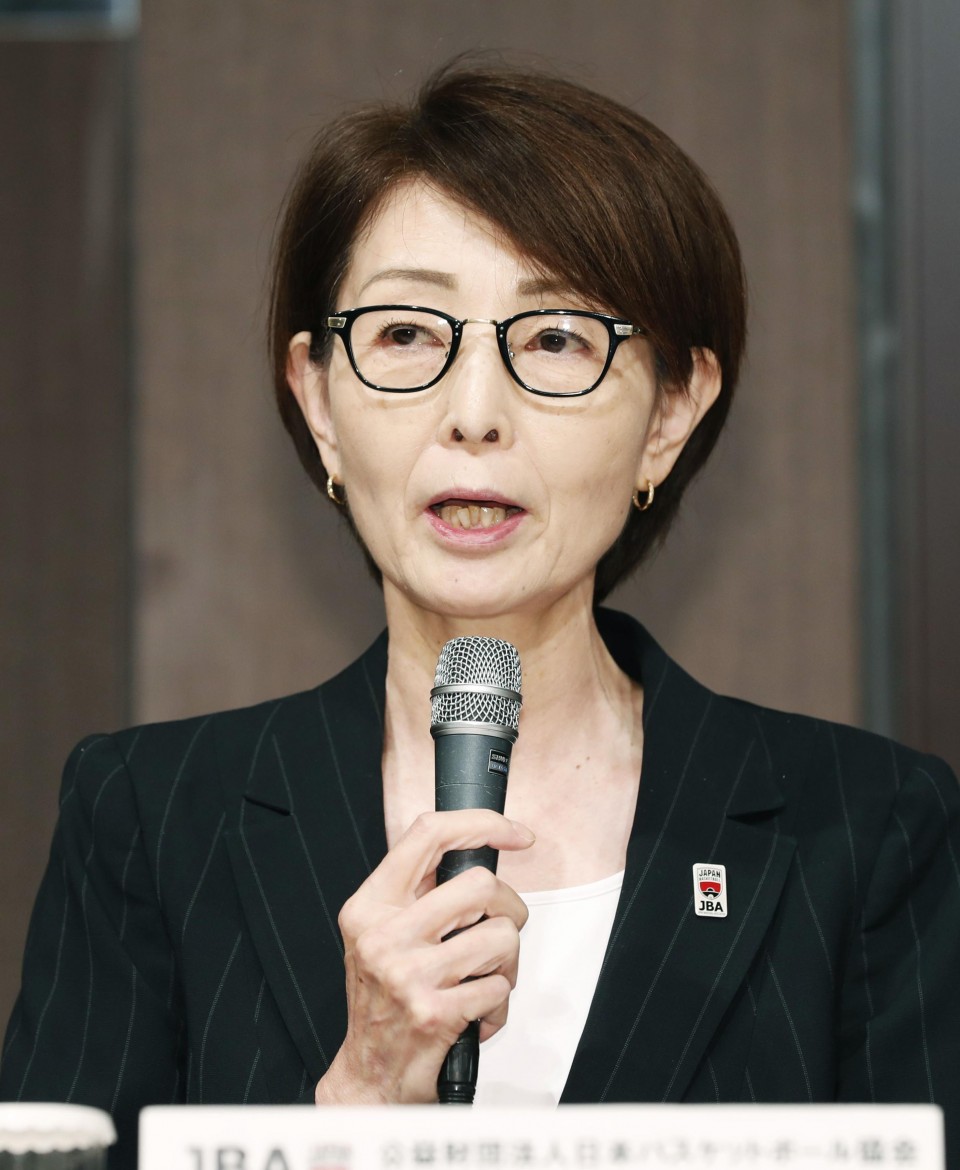