The Japanese Olympic Committee has penalized four players on the men's Asian Games basketball team for buying sex in Jakarta and sent them home, a senior official said Monday, in the latest in a spate of scandals as the country gears up for the 2020 Tokyo Olympic and Paralympic Games.

Japanese delegation chief Yasuhiro Yamashita, speaking at a press conference in the Indonesian capital, said the players were stripped Sunday of their membership of the national team as their conduct violated the committee's rules.

The B-League players -- Yuya Nagayoshi, 27, Takuya Hashimoto, 23, Takuma Sato, 23, and Keita Imamura, 22, who were clad in black suits later attended a press conference in Tokyo and admitted their wrongdoing.

"Because of our thoughtless behavior, we have caused tremendous trouble. We are taking a hard look at what we have done," Nagayoshi said.

The four players left the athletes' village after 10 p.m. on Thursday to have dinner, and later that night they "paid for the services of prostitutes," said Yamashita, who led a record-high 762-athlete delegation to the Asian Games, the world's biggest multi-sport event after the Olympics.

Following the team's 82-71 preliminary round win over Qatar, the players first went to a Japanese restaurant in a major entertainment district, called "Block M" in the city, wearing their team uniforms, according to the JOC and the Japan Basketball Association.

After dinner and drinking, they left and were approached by several local women on the street. Japanese men, who happened to be there and who could speak Indonesian, acted as go-betweens in their negotiations, according to the association.

After paying 1.2 million Indonesian rupiah ($82) each, they took the women to a nearby hotel and did not return to the village by taxi until around 2:30 a.m. Friday.

"There were actions that violated the national team's code of conduct...and it betrayed the expectations of Japanese citizens," Yamashita said. "As the chief of the delegation, it is very regrettable and I deeply apologize from the bottom my heart." 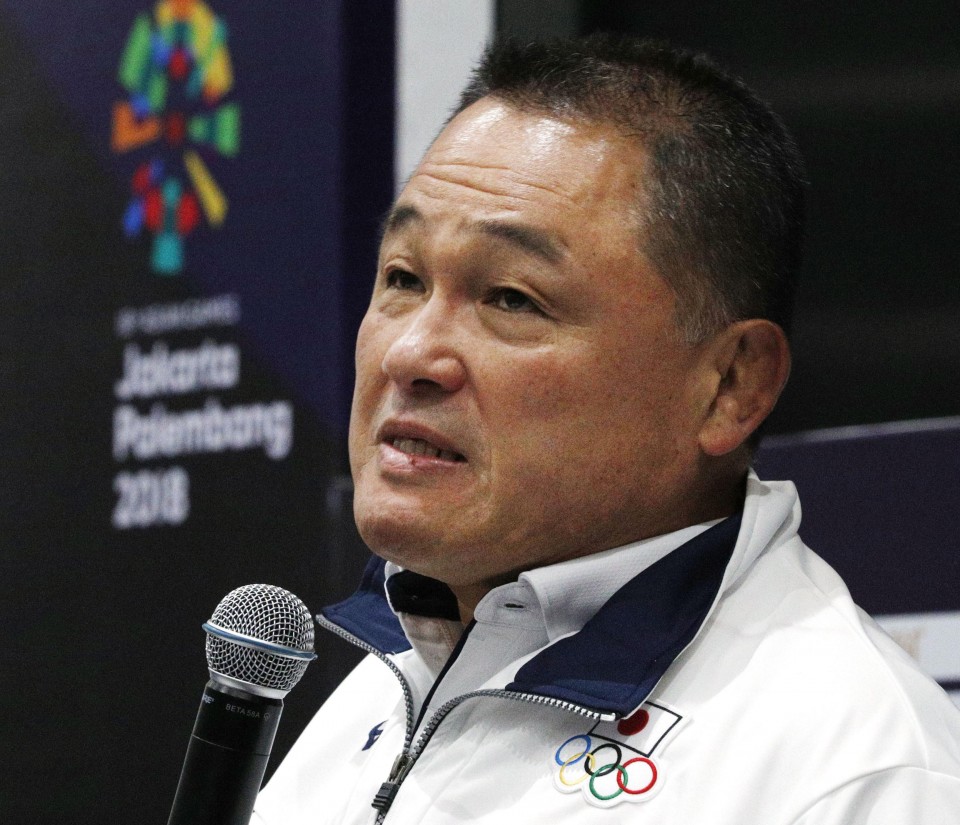 In the wake of the scandal, the Japanese Olympic Committee convened an emergency meeting early Monday to bring together national team coaches. They were ordered to ensure that this kind of misconduct never happens again.

Yamashita quoted one of the players, who all flew back to Japan at their own expense, as saying the group wore their uniforms as required when they left the village as they initially intended to just have dinner.

The remaining eight players on the Japanese basketball team will continue to participate in the tournament running through Sept. 1. There will be no replacements for the four departed players.

The JOC's rules stipulate that athletes must follow the national team's code of conduct when competing in multi-sport events.

The code says athletes should keep in mind that they have to act as "society's role models" even when they are not competing since they are financed by taxpayers.

Japan sport has been rocked by a number of scandals in recent months, ranging from a university American football player's intentional dangerous tackle to revelations about the former head of the amateur boxing body's connections with an organized crime syndicate.

Earlier this month, Japan Amateur Boxing Federation President Akira Yamane stepped down amid allegations of wrongdoing, including pressuring referees to fix matches and the misuse of grant money.

"I did not think at the Asian Games I would have to comment again about this kind of thing," Japan Sports Agency chief Daichi Suzuki told reporters at a Jakarta hotel. "Their tournament is still going on and I can't help but question why they were wandering around at night like that."

Suzuki said he is "disappointed" over the seemingly never-ending scandals ahead of the Tokyo Olympics and he has instructed officials at the agency to consider ways to improve governance of various sports organizations in Japan, although he admitted it is always difficult to determine to what extent the government should "interfere."

During the 2014 Asian Games in the South Korean city of Incheon, a Japanese swimmer was expelled from the national team for stealing a camera belonging to a South Korean media outlet.

More on the Asian Games:

Asian Games: Swimmers lead the way for Japan in Indonesia