Famous Japanese novelist Haruki Murakami will soon turn his hand to radio, hosting a one-off show in which he will tell listeners about his passion for long-distance running, music and literature, Tokyo FM said Tuesday.

As host of "Murakami Radio -- Run and Songs" to be broadcast on the evening of Aug. 5 across 38 Japanese stations, Murakami will play music from his own collection of CDs and records, putting particular emphasis on music he listens to while running.

"I am aiming to pick music that is seldom featured on other radio programs and which is soothing to the ear," Murakami, who rarely makes public appearances in Japan, said in a statement. "I hope you will enjoy it."

"I have always felt that I owe it to the world as I sit there having a good time enjoying such wonderful music all by myself," Murakami said of why he wanted to try his hand at being a radio DJ.

"So perhaps it'll be great to chat with different people once in a while, say over a glass of wine or a cup of coffee, and share the pleasant moment with each other," he added. 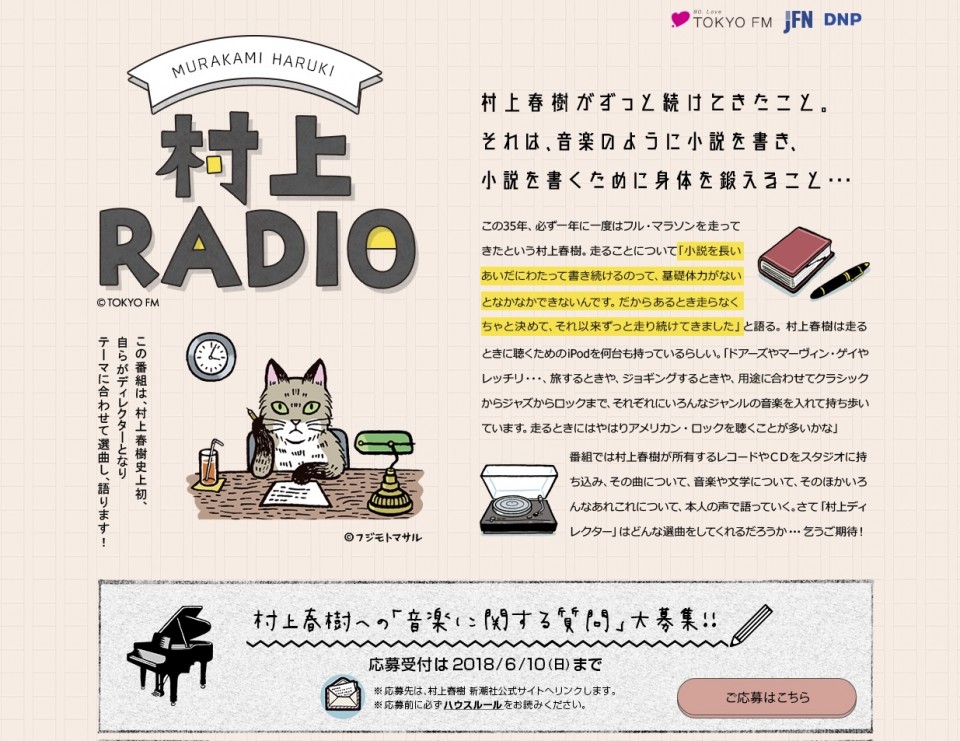 From Tuesday through Sunday, fans can submit music-related questions online and the author of bestsellers such as "Norwegian Wood" and "1Q84" will answer them while on-air.

Murakami, a perennial favorite for the Nobel Prize in literature, is known to have a wide knowledge of music. While he tends to stay out of the public eye, Murakami also actively takes part in ultramarathons and triathlons around the world.