An emerging number of Japanese schools are introducing genderless uniforms or flexible uniform codes in an effort to support lesbian, gay, bisexual and transgender students.

School officials hope the move will ease the mental anguish of students hitherto required to wear rigidly gendered uniforms such as a jacket with stand-up collar and trousers for boys and a sailor-type outfit with a skirt for girls.

At Kashiwanoha Junior High School in Kashiwa, Chiba Prefecture near Tokyo, which opened in April, students can freely choose whether to wear skirts or slacks as well as ties or ribbons to go with blazers regardless of their gender. 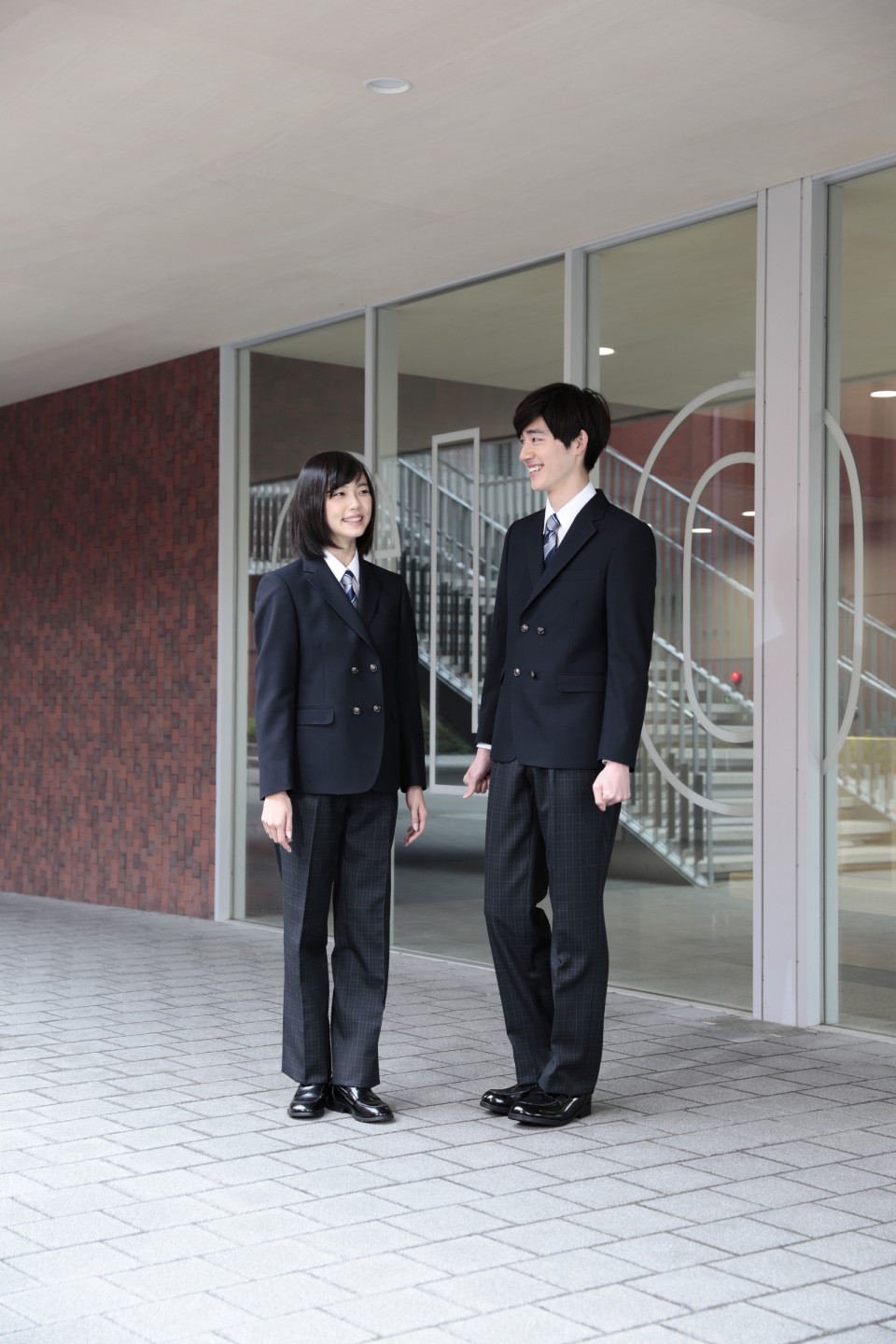 Originally, the school did not intend to make students wear a uniform but had to change course as nearly 90 percent of parents and prospective students surveyed wanted one.

A panel of parents, teachers, prospective students and education board members was set up to discuss a suitable kind of uniform. Some members said consideration should be paid to LGBT students and that girls should also be allowed to wear trousers because they are more practical and warmer in winter.

Koshin Taki, vice principal of Kashiwanoha Junior High School, said, "We thought it would be better to let students wear something they feel comfortable in if they have to struggle to come to school because of uniforms."

"We chose a subdued color and check patterns so that the uniform would be suitable for any student," he added.

Similar moves are spreading elsewhere in Japan with a junior high school in the southwestern Japan prefecture of Fukuoka preparing to abandon stand-up collar uniforms and sailor-style suits, instead introducing blazers and allowing students to choose between skirts and trousers in the new school year from April 2019.

In Tokyo, the education board of Setagawa Ward is set to follow suit next April while the education boards in the cities of Osaka and Fukuoka said they will start considering what kind of school uniforms would be acceptable for LGBT students.

Anri Ishizaki, who heads FRENS, a nonprofit organization supporting LGBT people, said that trying to fit all students in gender-specific school uniforms can be a burden to transgender students who are afraid of coming out.

"Some students are embarrassed and cannot concentrate on their studies because of uniforms. In some cases, they stop going to school," said Ishizaki.

"Although uniforms are not the only factors tormenting them, it is a significant element as they are required to wear them all the time," added Ishizaki, noting that offering students more options about their clothes is likely to provide transgender students with "a sense of ease."

According to a 2014 survey by the Ministry of Education, Culture, Sports, Science and Technology, which covered elementary, junior high and high schools across Japan, there were 606 consultations cases nationwide related to students' gender identity disorders that came to the attention of schools.

The following year, the ministry issued a notice encouraging schools to enhance support for gender minority students and pay consideration to their clothes, hairstyles, use of bathrooms as well as swimming and other activities.

Tombow Co., the uniform manufacturer picked by Kashiwanoha Junior High School, says it began developing genderless uniforms after it received an increasing number of inquiries from junior high schools and high schools about such outfits from around the time of the government notice in 2015.

Ayumi Okuno, a school product designer at Tombow, said that she found out in interviews with LGBT students that many of them do not want to wear uniforms that clearly differentiate the shape and silhouette of men and women so she pays attention not to highlight certain designs such as curves that emphasize womanliness.

"We are also offering various suggestions to schools so they can select what works best for them," said Okuno, noting that the company provides schools with several options, such as introducing a flexible dress code like Kashiwanoha Junior High School, providing uniforms that suit the gender identity of each student, or allowing students to wear gym clothes except for certain ceremonies or formal occasions. 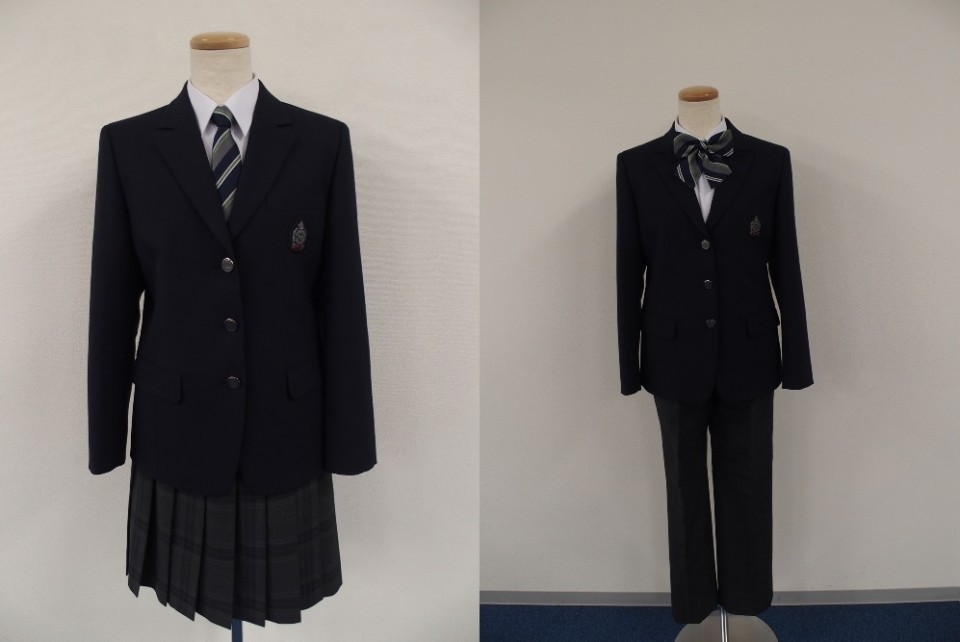 Of the uniforms Tombow manufactures for Japanese schools, about 50 percent are stand-up collar or sailor-style uniforms but more and more schools across Japan are introducing slacks for girls, according to the company.

Although the two schools mentioned above allow skirts for male-to-female transgender students, Okuno believes it is still "difficult" to develop such a product and see it take hold in Japan.

"Even if schools and students accept such a uniform, it is likely to be frowned upon by many people in society," she said.

While the introduction of a new dress code is seen as a positive step forward, taking such measures without bringing LGBT students under unwanted attention could be a challenge as special treatment may lead to the disclosure of their gender identities, according to experts.

In the government's 2014 survey, only about 20 percent of the 606 cases of students involved in consultations on gender disorder had revealed their gender identities to their peers at school while around 60 percent kept them undisclosed.

Kashiwanoha Junior High School's Taki said that he is carefully monitoring reactions of students after the introduction of the new dress code as some female students expressed fear about drawing special attention for wearing trousers.

He stressed that the dress code offers options not just for transgender students but also for others who want to wear them for practical purposes.

"I hope (the new dress code) will help students choose what they want to wear without necessarily disclosing their gender identity," he said.