The Nagoya Customs said Tuesday it has started using walk-through metal detectors at Chubu airport in Nagoya in the wake of a surge in gold smuggling.

Smugglers try to evade the 8 percent consumption tax levied on imports of gold worth over 200,000 yen ($1,870) and resell it at a tax-inclusive price.

About 90 units of the walk-through detectors are already in use at airports and ports around the country to save time and improve detection efficiency compared to handheld detectors.

The installation of the devices came as the revised Japanese customs law took effect Tuesday, doubling the maximum fine for smuggling gold to 10 million yen.

The amount of gold smuggled and seized in Japan grew 2.2-fold in 2017 to 6,236 kilograms, according to government data. 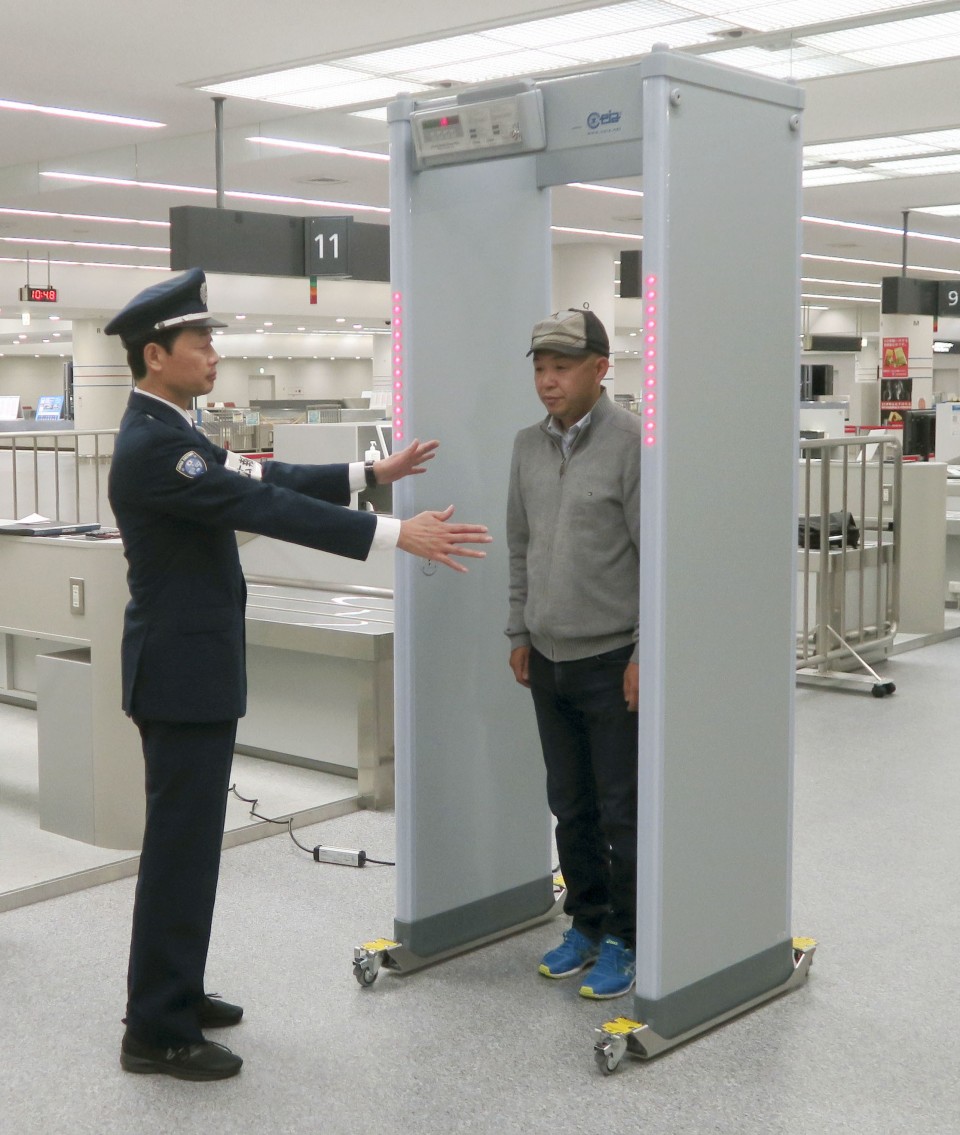 3 Taiwanese women arrested for attempting to smuggle gold in bras