3 Taiwanese women arrested for attempting to smuggle gold in bras

Police said Monday they have arrested three Taiwanese women for allegedly attempting to smuggle gold worth around 50 million yen ($470,000) into Japan in their bras.

Each of the three women carried two bowl-shaped pieces of gold hidden in pockets attached to their bras, the police said. The smuggling attempt was uncovered when the women arrived at Hakodate Airport in Hokkaido from Taiwan's Taoyuan International Airport in November and they were arrested on Feb. 28. 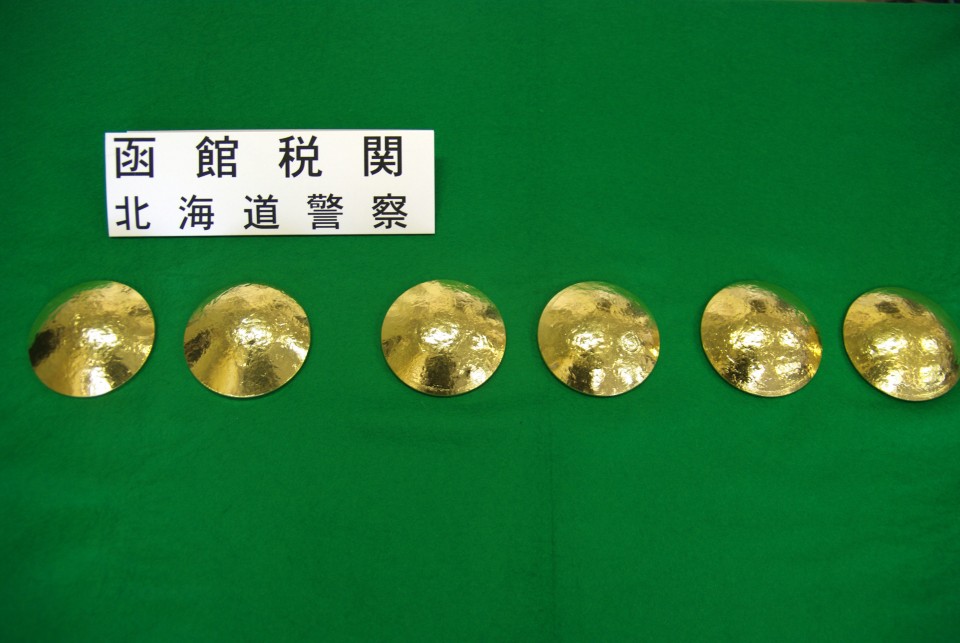 (Photo courtesy of the Hokkaido Police)

Each piece of gold was 11 centimeters in diameter and weighed around 1.75 kilograms.

The women have admitted to the smuggling charge, saying a man introduced by an acquaintance abetted them, according to the police.

Gold smuggling attempts have been on the rise in Japan since the consumption tax was raised to 8 percent from 5 percent in 2014, with smugglers seeking to evade the higher tax on gold imports worth over 200,000 yen before selling it at shops at a tax-inclusive price.

While many offenders conceal gold bullion in underwear, seven women who arrived at Chubu airport in Aichi Prefecture from South Korea in late January were found to have concealed gold in their rectums, airport officials have said.