The electronics giant said the new Aibo -- an upgrade on its predecessor discontinued in 2006 -- sold out in all three rounds of preorders, although the company did not disclose the number of units sold.
About 30 people attended a commemorative event at Sony's corporate headquarters in Tokyo to receive their Aibos, with some bringing along older models.

A woman in her 40s with her son said she was "thrilled" to welcome the Aibo as a "new member of the family." A man in his 50s said he bought the robot dog for his wife to celebrate their 25th wedding anniversary.

Izumi Kawanishi, the leader of Sony's AI robotics business group, said at the event that he hopes the new owners will "raise" their Aibos with loving care.

While initially available only in Japan, Chief Executive Kazuo Hirai said earlier this week the company is also considering releases in other markets including the United States and China.

The Aibo uses two cameras -- one embedded in its nose and the other above its tail -- and a range of sensors to discern its owner and the environment. It expresses itself through body language, barking and its large digital eyes.

Cloud-based AI enables the Aibo to respond to affection such as words of praise, smiles and petting, shaping its behavior as time goes on. An accompanying application for mobile devices lets owners download new tricks and view pictures taken by the robot dog.

The next buyers will be chosen via lottery, the company said.

Other than Sony's headquarters, the Aibo is also on display at the International Consumer Electronics Show through Friday in Las Vegas and in showrooms in Tokyo's Shibuya and Ginza shopping districts. 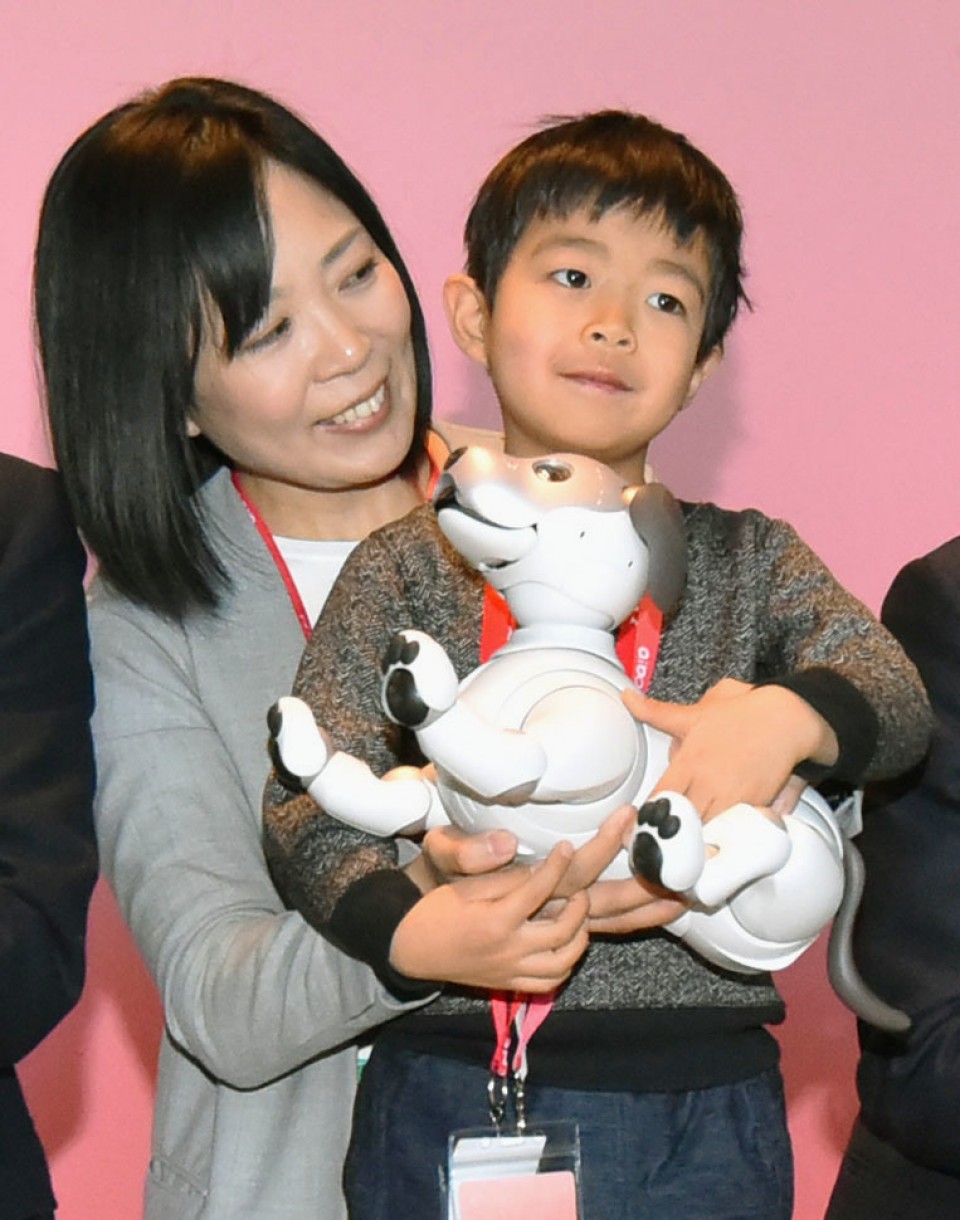