Grand champion Harumafuji put an end to his 17-year sumo career on Wednesday after admitting to injuring a lower-ranked wrestler in an alcohol-fueled assault.

The Mongolian yokozuna -- speaking next to his stablemaster Isegahama who could not hold back tears -- said in a press conference held in Fukuoka he was retiring to take responsibility and avoid damaging the reputation of a top-ranked wrestler.

"I take responsibility as a yokozuna for injuring Takanoiwa and hereby announce my retirement. I offer my apologies to the Japanese people, the Japan Sumo Association and all those who supported me," Harumafuji said before taking a long bow.

The incident has tarnished the image of Japan's ancient sport, which was just regaining its popularity after violence-related scandals in 2007 and 2010.

In 2007, police arrested stablemaster Tokitsukaze and three wrestlers for beating 17-year-old Tokitaizan to death using a beer bottle, a wooden stick and a metal bat. The junior wrestler, whose real name was Takashi Saito, died from shock after suffering multiple injuries.

Three years later, Mongolian yokozuna Asashoryu retired from the sport following allegations that he attacked a man outside a Tokyo nightclub in the middle of the New Year tournament.

In a separate scandal also in 2010, a mafia-linked gambling racket resulted in the dismissal of popular former ozeki Kotomitsuki and the suspension of a slew of wrestlers at the Nagoya basho in July.

Harumafuji revealed that he was trying to fulfill his off-the-ring duty by teaching his junior disciple manners but he "took things a bit too far" when he hit the 27-year-old Takanoiwa.

Harumafuji is said to have struck the eighth-ranked maegashira during a drinking event at a restaurant-bar in the western Japan city of Tottori during a regional tour in late October.

It was initially reported he used a beer bottle, but sources said Harumafuji told Tottori police that he used his palms, fists and a karaoke machine remote control. 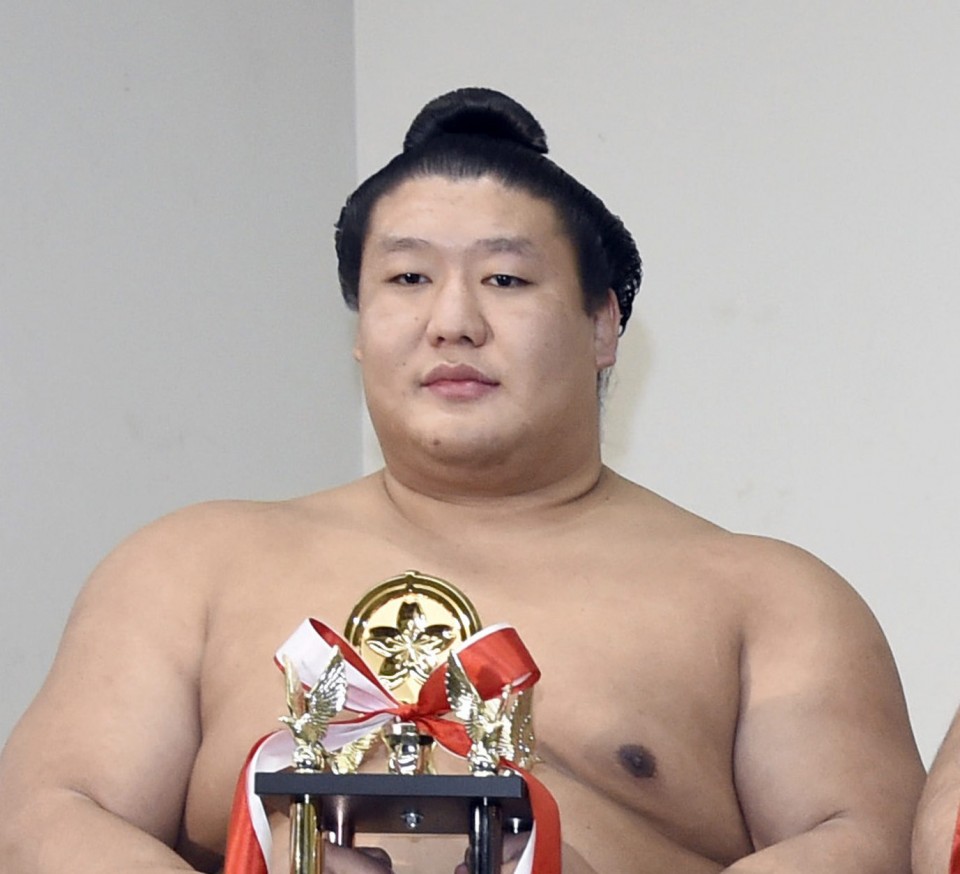 "I did it for his sake. I wanted to teach him courtesy and civility. I scolded him out of my obligation as a senior wrestler but I hurt him and the sumo association, the fans and my support group," he said.

"I have never been told I have a drinking problem. This incident did not happen because I had had alcohol."

Separate sources said Harumafuji was angered by Takanoiwa attempting to use his smartphone while being scolded for his behavior by yokozuna Hakuho, who was also at the scene.

Police have questioned Harumafuji on a voluntary basis as well as others, including Hakuho. Harumafuji could be referred to prosecutors by the end of the year on suspicion of assault, according to investigative sources.

Harumafuji said Takanoiwa, came to apologize to him the day after the incident and the two shook hands, so he was surprised when he discovered it had turned into a scandal. Still, the 33-year-old did not make excuses and explained why he waited to speak out.

"As a yokozuna I did something I should not have. I hurt Takanoiwa. I wanted to wait till the end of the basho to make the announcement," he said.

The JSA accepted his resignation letter filed by Isegahama Wednesday morning, and Harumafuji wrapped up the half hour press conference by reflecting on his successful career that came to a bitter end.

"Ever since I crossed the sea at the age of 16, oyakata (stablemaster) and okamisan (stablemaster's wife) took me under their guidance and taught me not to get in people's way. I will always remember that," he said.

Meanwhile, Isegahama called the scandal a "mystery" and said he has never known his disciple to be one affected by alcohol.

"I don't understand how this happened and it's very regrettable. But what happened happened. We can't blame anyone else but him (Harumafuji). I am truly sorry to the fans and members of the JSA. Please accept my deepest apologies," Isegahama said.

Harumafuji, one of four wrestlers in the highest rank in the latest banzuke, does not have the option of retaining his membership in the JSA as a stablemaster as he does not have Japanese citizenship.

Takanoiwa missed the Kyushu Grand Sumo Tournament that ended Sunday after being diagnosed with head injuries including a suspected fracture at the base of his skull and cerebrospinal fluid leak. He will also skip the winter regional tour that starts Dec. 3, the JSA said.

Harumafuji also withdrew from the tournament on the third day following media reports of the assault.

Since his professional debut in 2001 under the ring name Ama, Harumafuji, whose real name is Davaanyam Byambadorj, has won nine titles, his last coming at the autumn meet in September when he was the only yokozuna competing.

His record of 712 wins is the sixth-best by any makuuchi division wrestler to date.

In September 2012, he earned promotion to yokozuna, becoming the third consecutive Mongolian-born wrestler after Asashoryu and Hakuho to achieve the top rank.

A chronology of major scandals involving sumo since 2006:

July 15, 2006 -- No. 3 maegashira Roho smashes bathroom glass window, slaps two photographers on faces after losing temper over his defeat at Nagoya Grand Sumo Tournament. He was suspended from competition for three days.

Feb. 7, 2008 -- Former stablemaster Tokitsukaze, three wrestlers aged between 22 and 25, are arrested on suspicion of physically abusing the 17-year-old wrestler resulting in his death. Tokitsukaze, who was dismissed by Japan Sumo Association following the death, allegedly admitted beating the young wrestler with a beer bottle.

Aug. 18, 2008 -- Wakanoho, wrestler in makuuchi top division, is arrested on suspicion of possessing marijuana in June that year.

Feb. 4, 2010 -- Yokozuna Asashoryu announces his retirement following reports that he injured a man in a drunken rampage the previous month.

July 4, 2010 -- Ozeki Kotomitsuki is dismissed by JSA for gambling on professional baseball games.

Feb. 6, 2011 -- JSA decides to cancel Spring Grand Sumo Tournament after revelation that 14 wrestlers have been involved with match-fixing.

Sept. 2, 2015 -- Sumo elder Kumagatani is arrested for allegedly injuring a man in July that year by repeatedly hitting him with metal bat.

Nov. 29, 2017 -- Yokozuna Harumafuji retires to take responsibility for his assault on a lower-ranked wrestler.