The grand champion who won the just-concluded autumn sumo tournament said Sunday he will "tell the truth" about a high-profile assault case involving wrestlers to rid the sumo world of "the pus."

At the end of the Kyushu Grand Sumo Tournament, winner Hakuho said, "A damper has been cast on this tournament. Representing wrestlers, I'd like to apologize to sumo fans across the nation," in reference to an ongoing police investigation into an assault by fellow yokozuna Harumafuji on lower-ranked wrestler Takanoiwa. 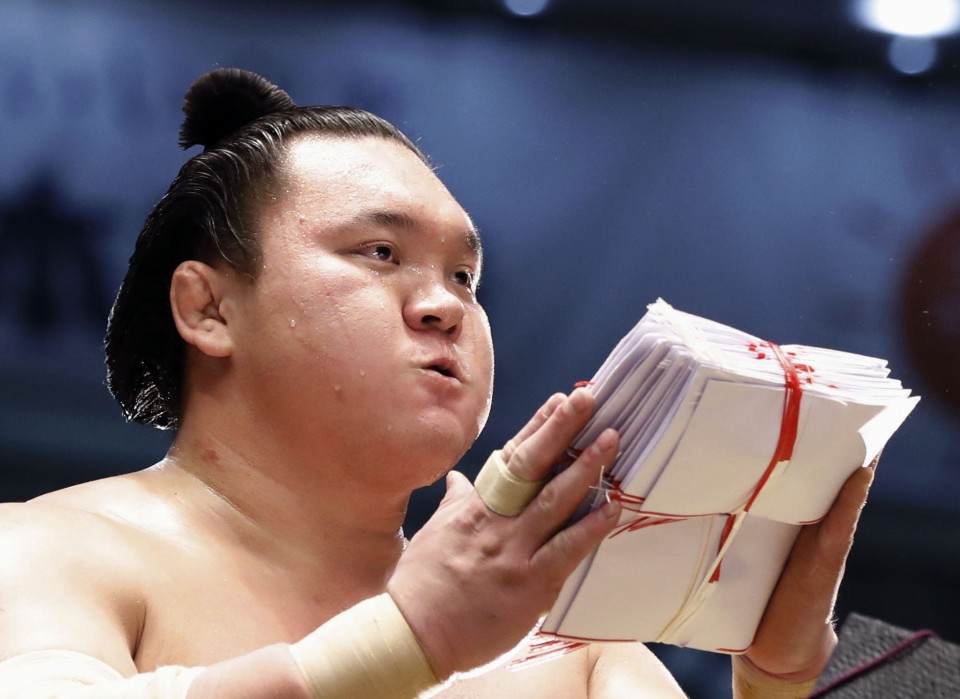 The top official of the sumo governing body also offered an apology to fans over the late-October incident that overshadowed the 15-day tournament.

"I offer an apology from the bottom of my heart for causing great worry and inconvenience," said Japan Sumo Association Chairman Hakkaku at Fukuoka Kokusai Center. "We will try to resolve this case as soon as possible."

Hakuho was present during a drinking session at a restaurant bar in the western Japan city of Tottori, in which Harumafuji assaulted Takanoiwa.

Now that the tournament is over, Tottori police are expected to interview wrestlers involved, including Hakuho, later this month before deciding on steps against Harumafuji.

Meanwhile, the Yokozuna Deliberation Council, an advisory body to the JSA, will meet Monday to discuss the assault and measures to be taken by the JSA.

The JSA has said its crisis management panel will also investigate the case and hand down a judgment or punishment sometime after the end of the tournament.