The Omagari fireworks competition was held on Aug. 26 in Daisen in northeastern Japan, with a total of roughly 18,000 fireworks set off during the event.

While the Akita Prefecture city suffered flooding the day before following torrential rain, organizers decided to stick to the original plan and hold the annual event. 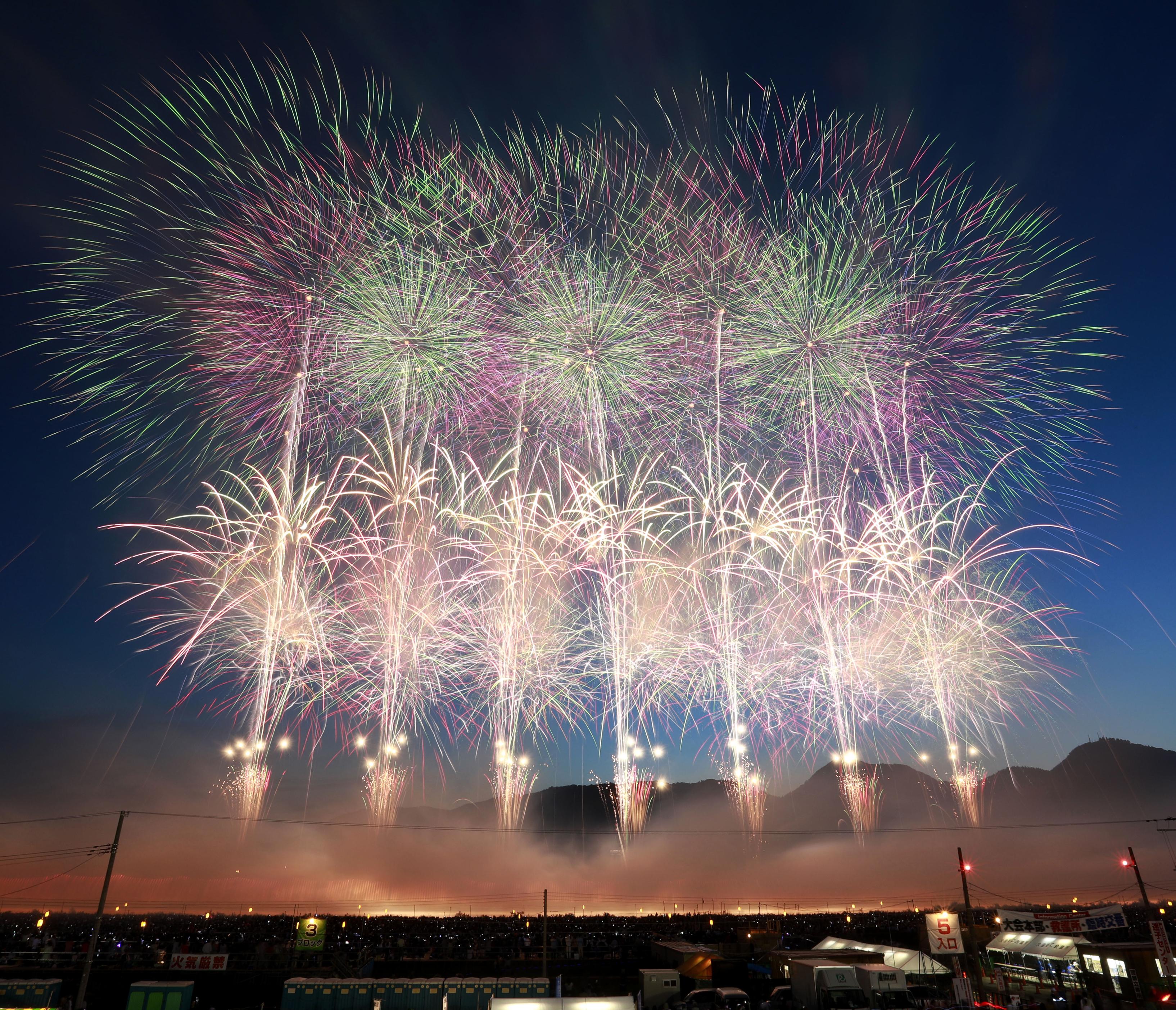 A total of some 740,000 people came to see the fireworks display, according to the organizers. 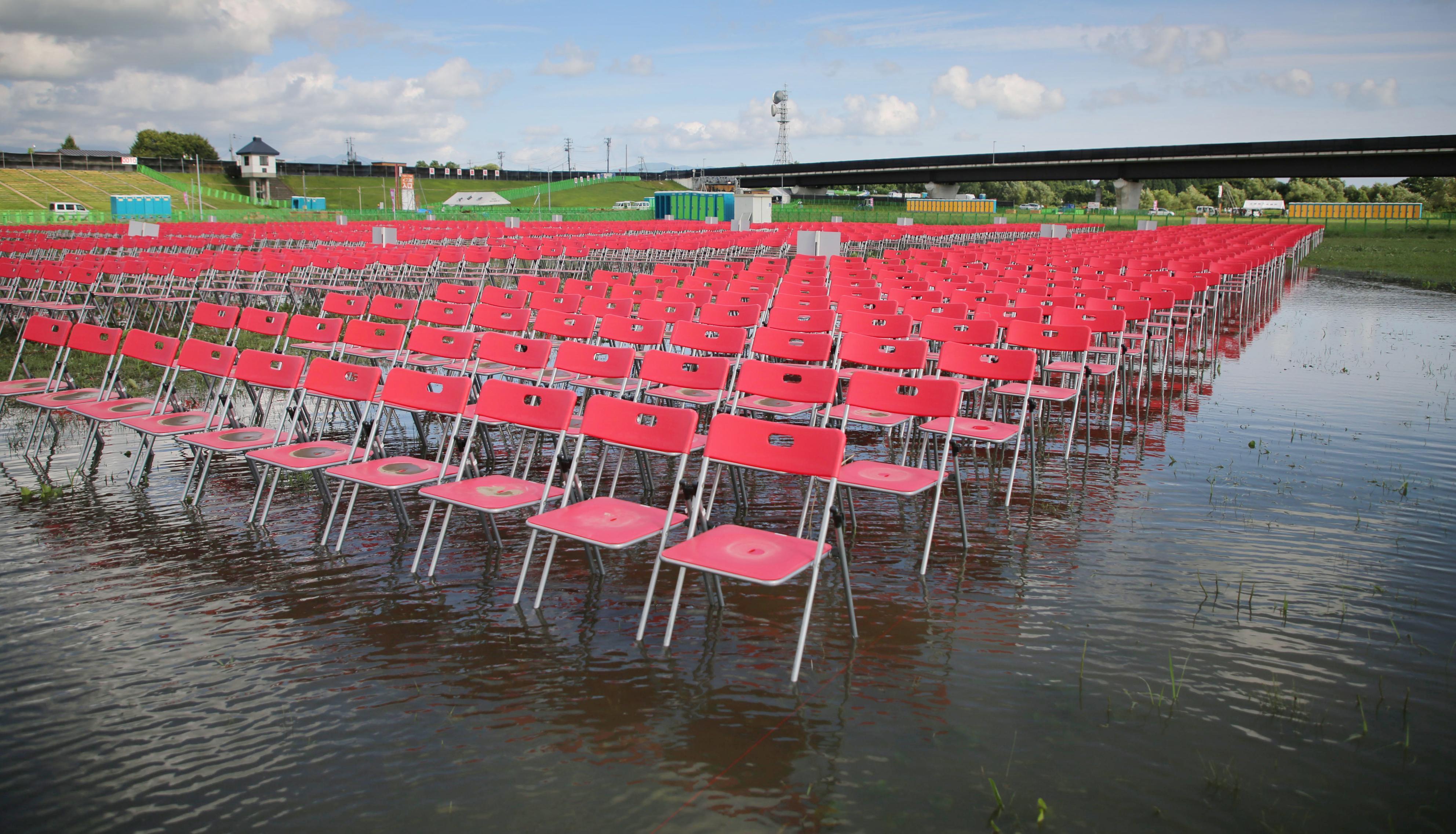 Municipal officials were forced to prepare crowd seating through the night after the Omono River in the city flooded the day before due to torrential rain. 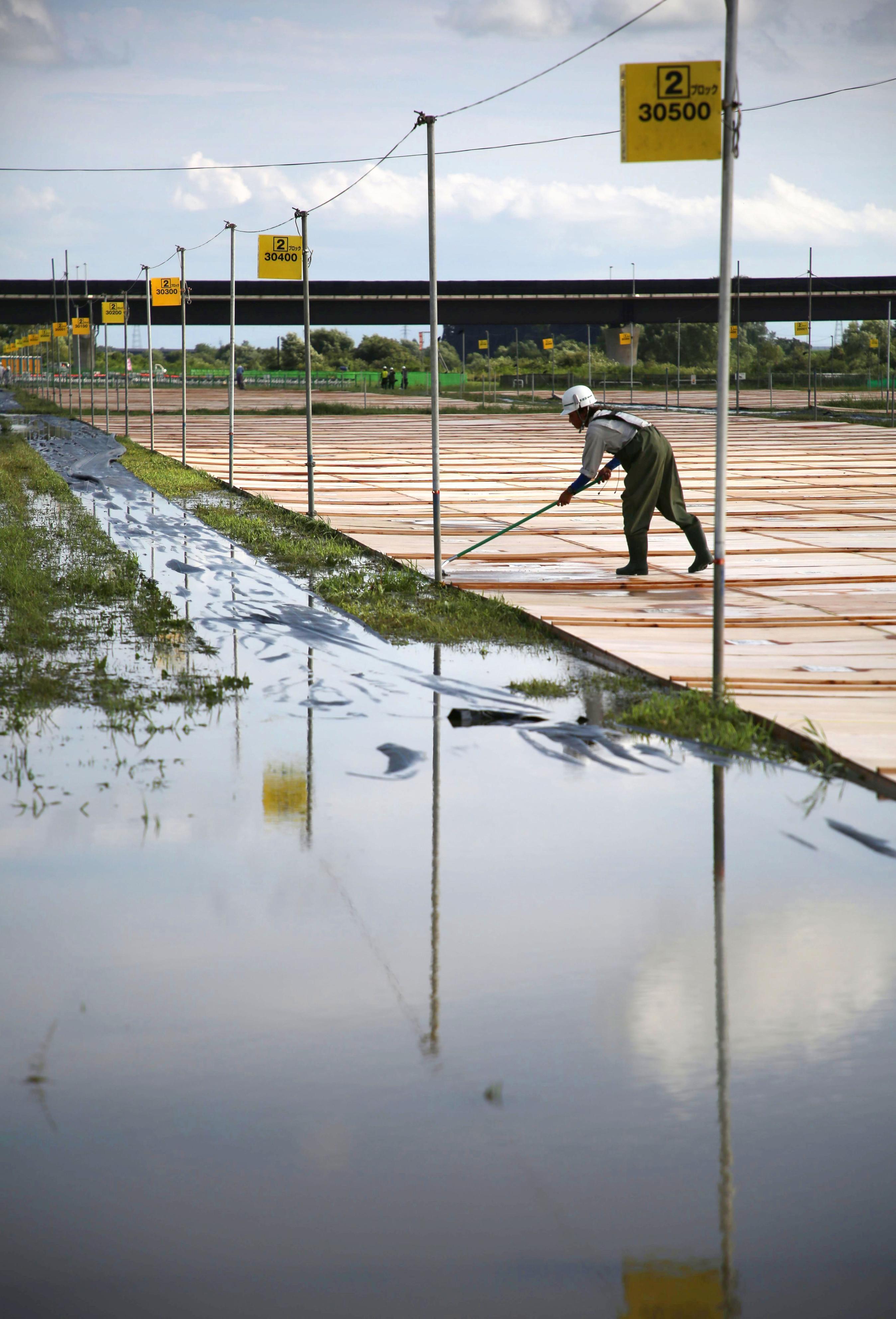 The city was also flooded after rain in July, with over 800 homes affected. 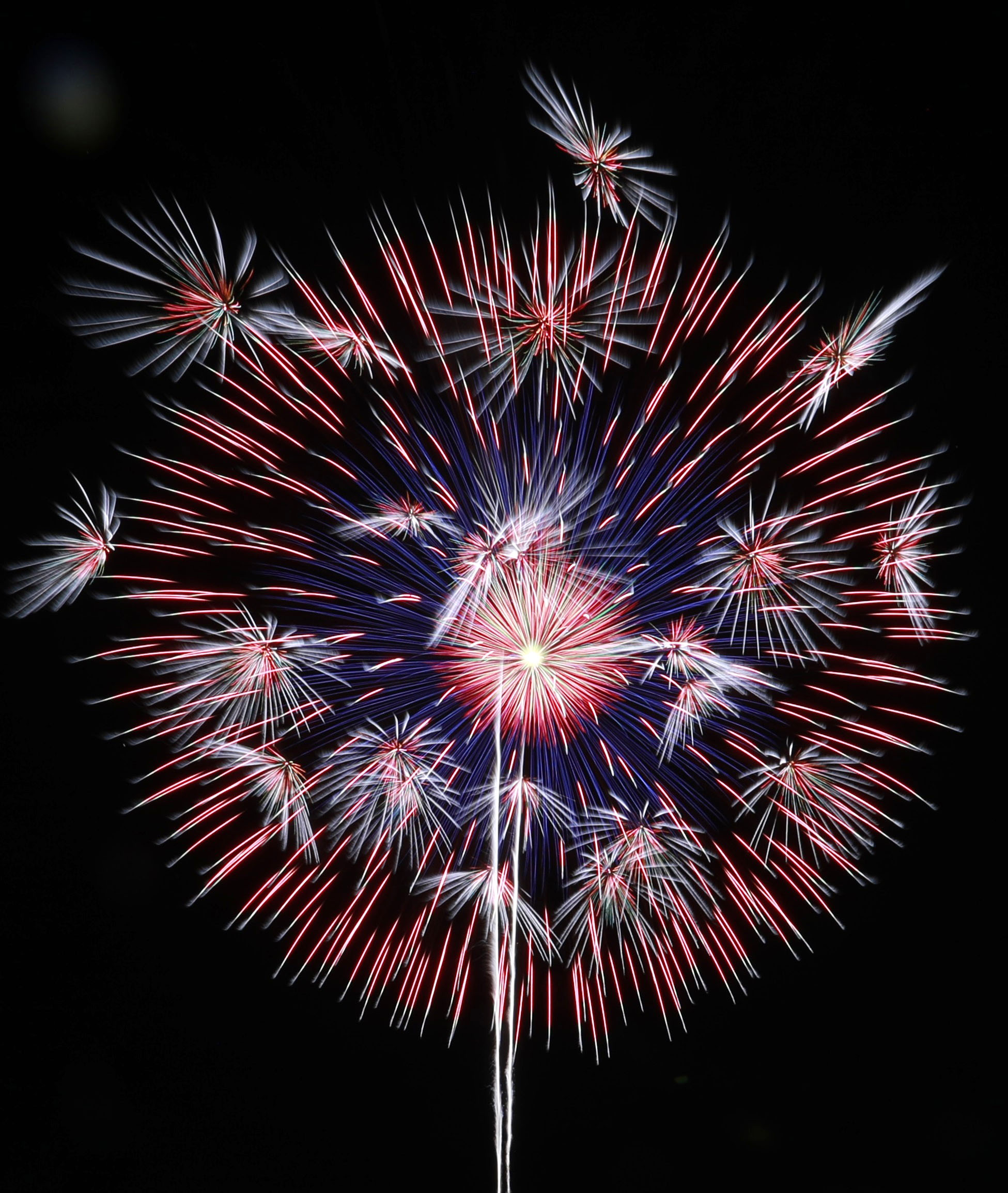 A total of 27 competitors from 12 prefectures took part in the 91st national competition. 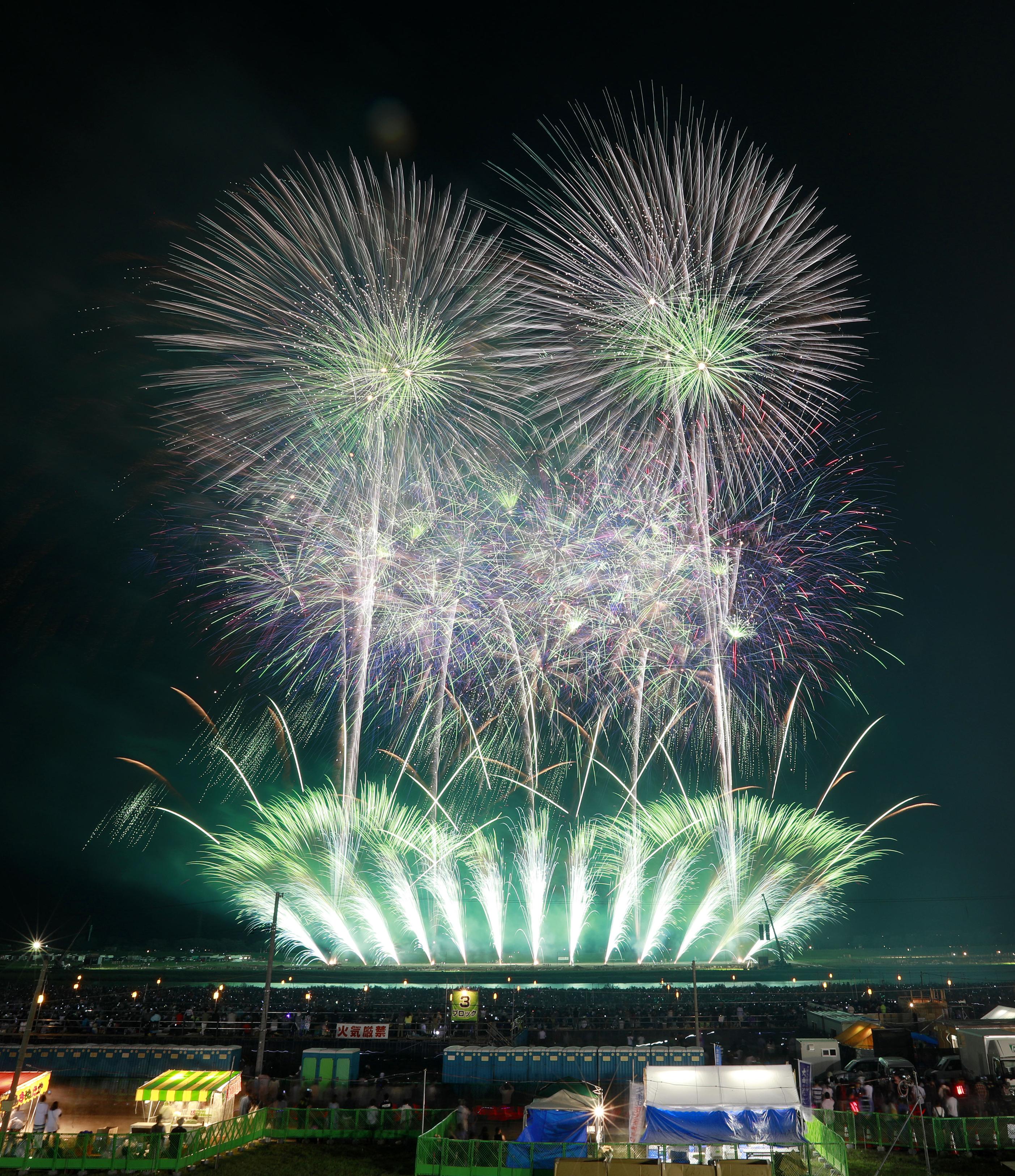