Tokyo Skytree, a landmark broadcasting tower and tourist attraction in Japan's capital, marked the fifth anniversary of its opening on May 22. 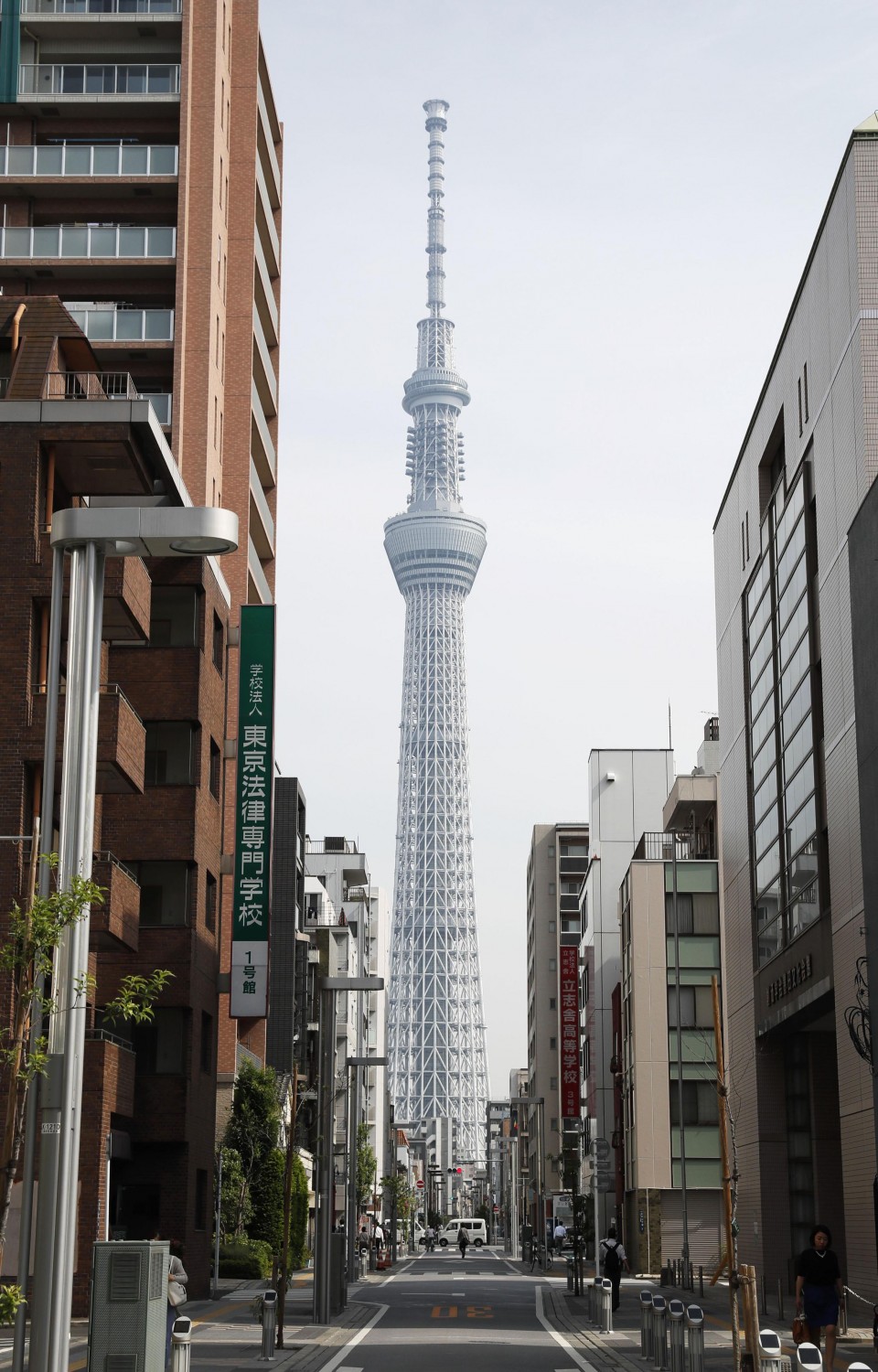 The 634-meter tower has seen around 26 million visitors since it opened in 2012. 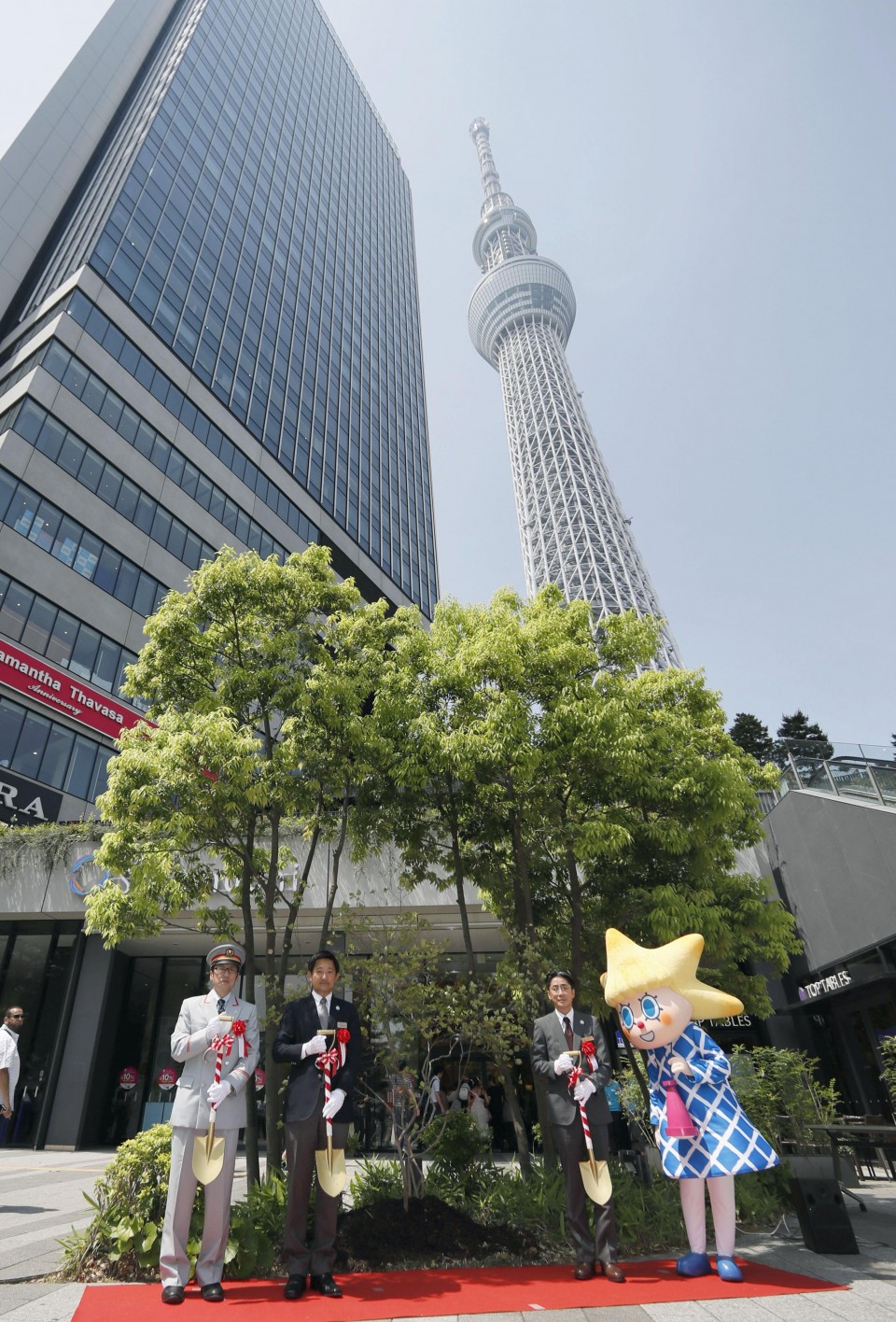 Tokyo Skytree's own mascot, Sorakara-chan, made an appearance at a commemorative planting event. 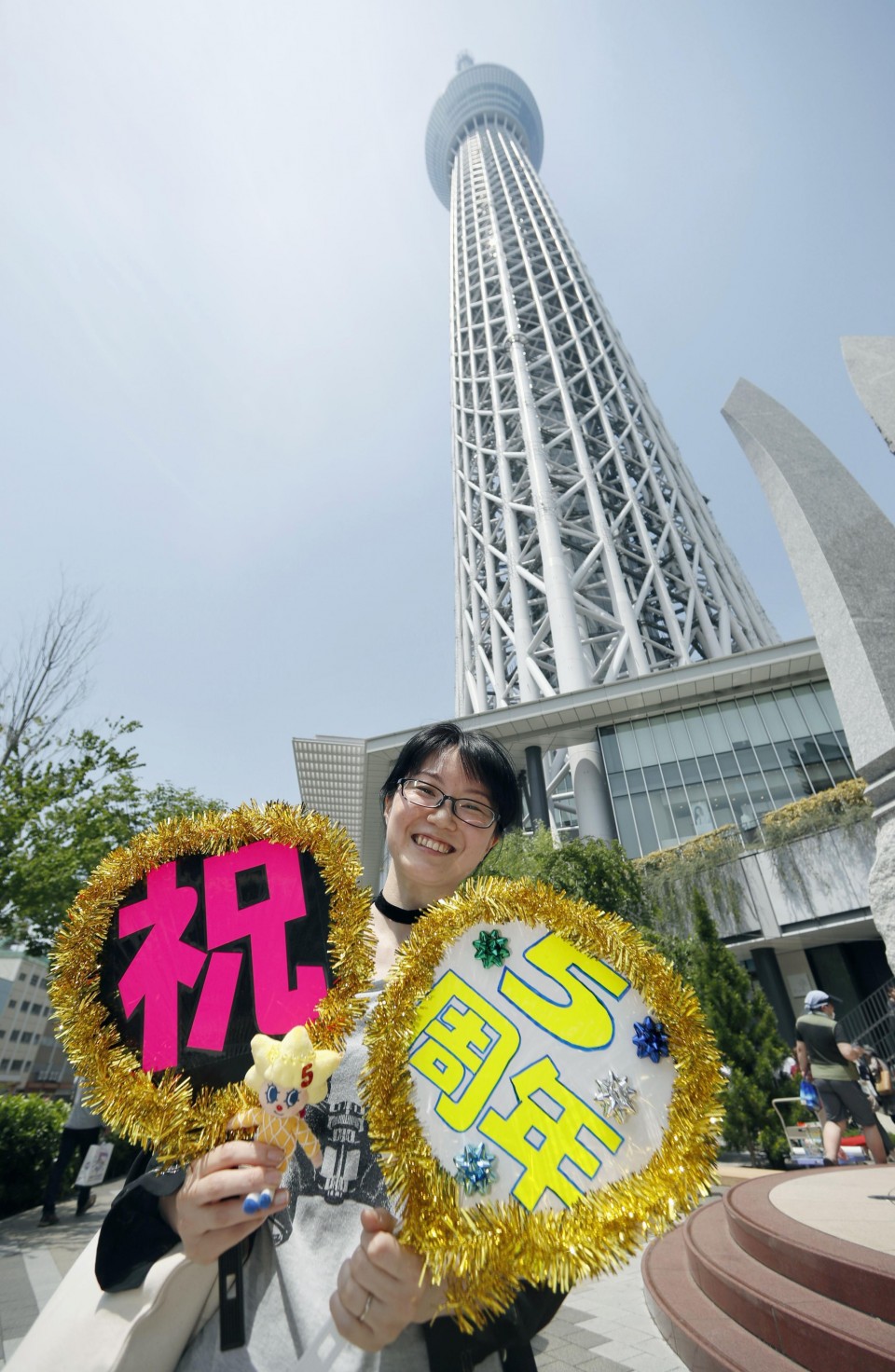 Meanwhile, people gathered at the base of the Skytree and held their own celebrations. This woman brought hand-made fans. 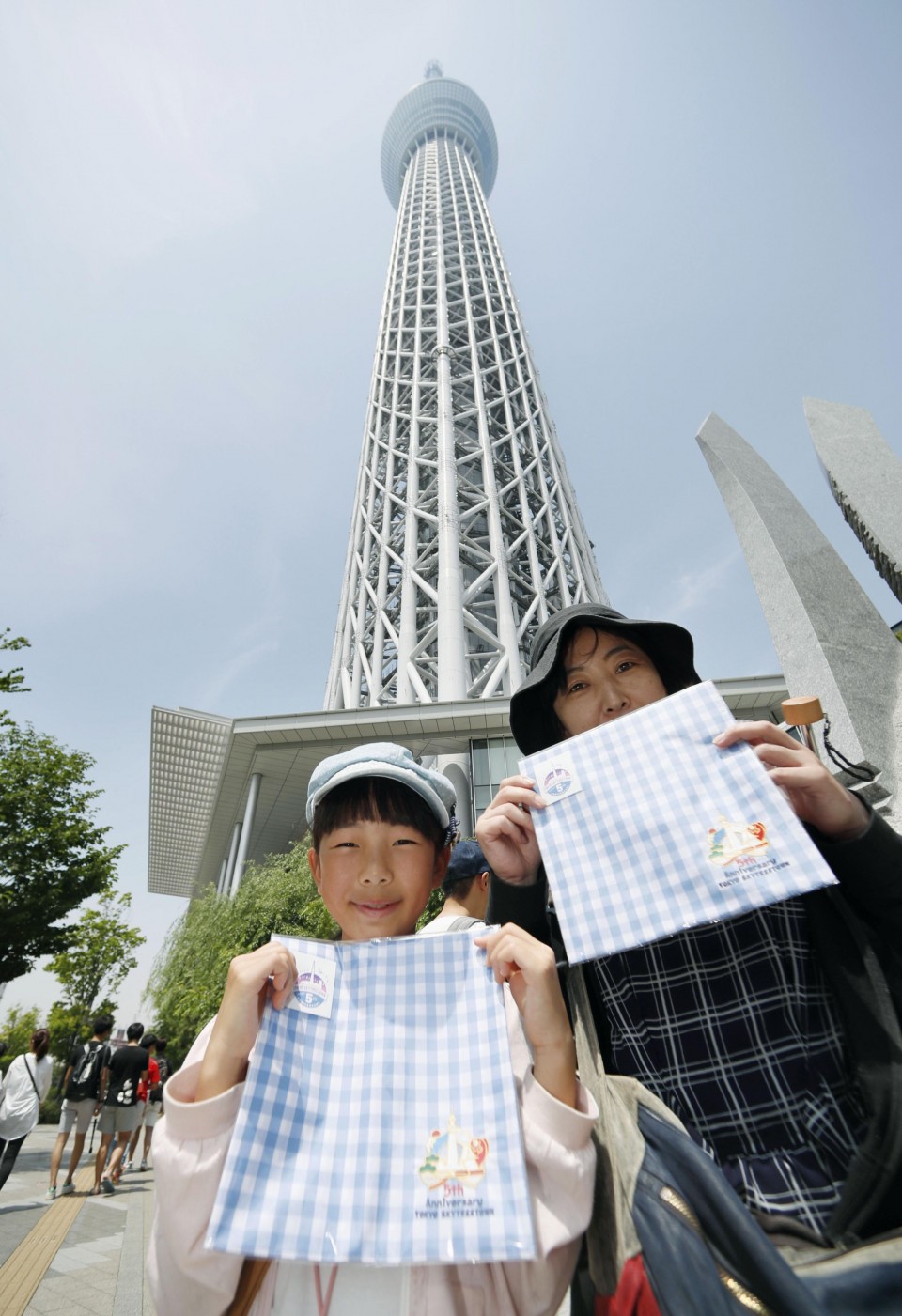 Special fifth anniversary souvenirs were on sale at the landmark to mark the occasion. 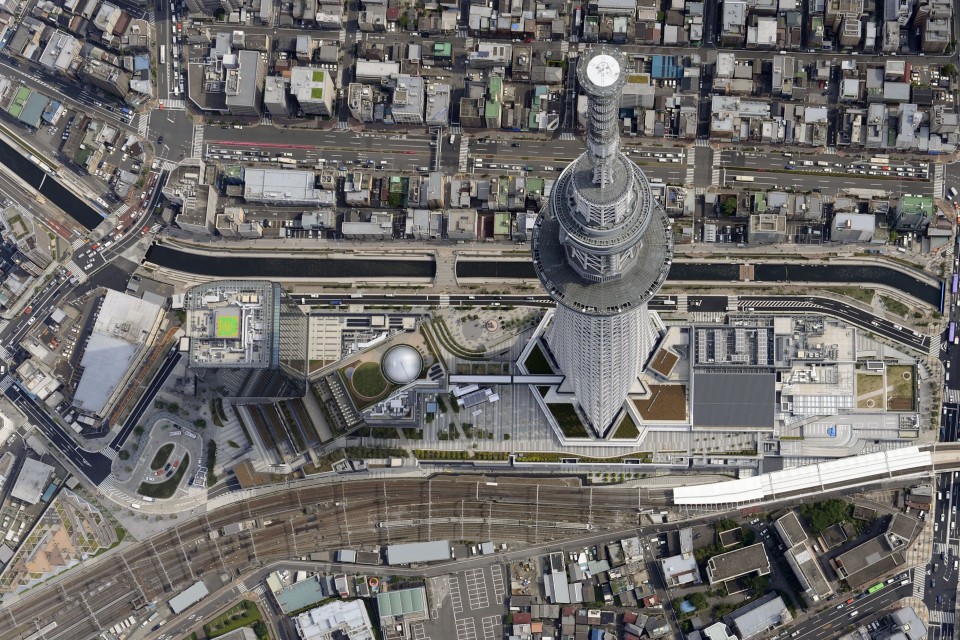 The Skytree complex features a large shopping mall at the base of the tower. Both are shown here on May 21, 2012, the day before the tower opened to the public. 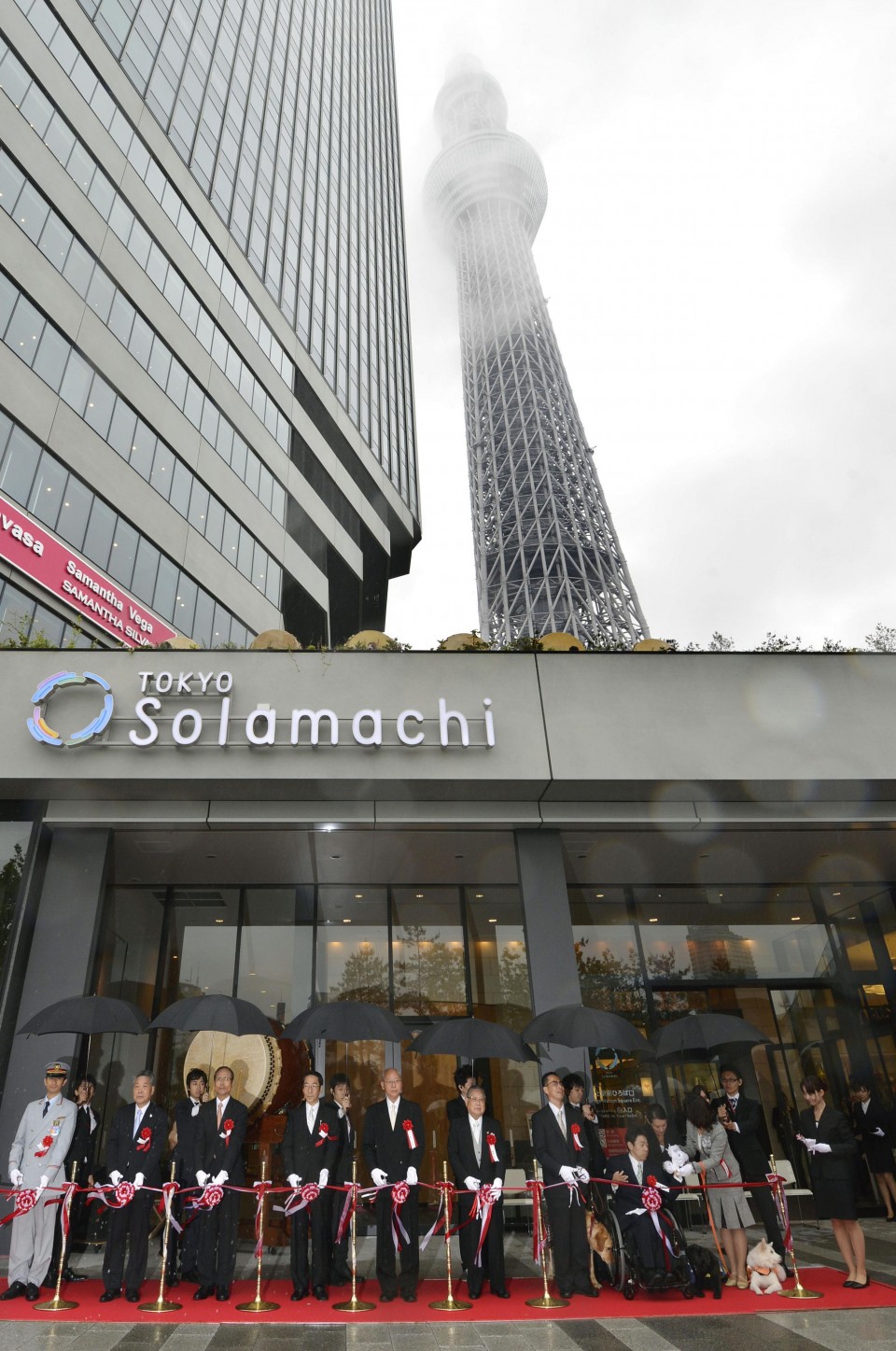 The opening ceremony in 2012 was held amid the rain and below a partially obscured Tokyo Skytree. 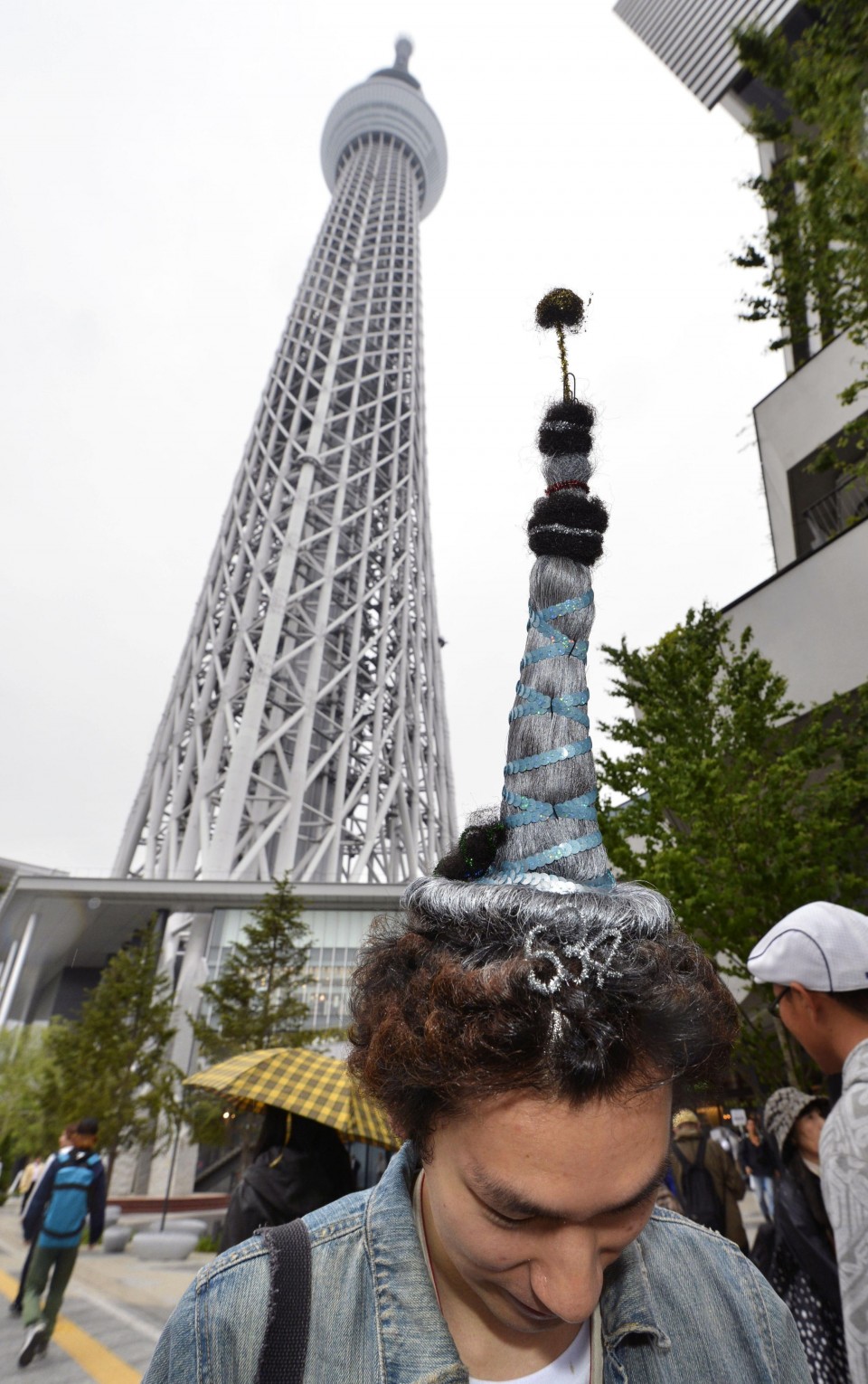 However, the weather did not stop the celebrations when the tower opened. This man turned out with hair styled on the landmark.