Torrential rain in Japan's southwestern region on July 5-7 caused thousands of people to be evacuated from their homes, leaving at least six people dead and bringing a trail of destruction to the area. 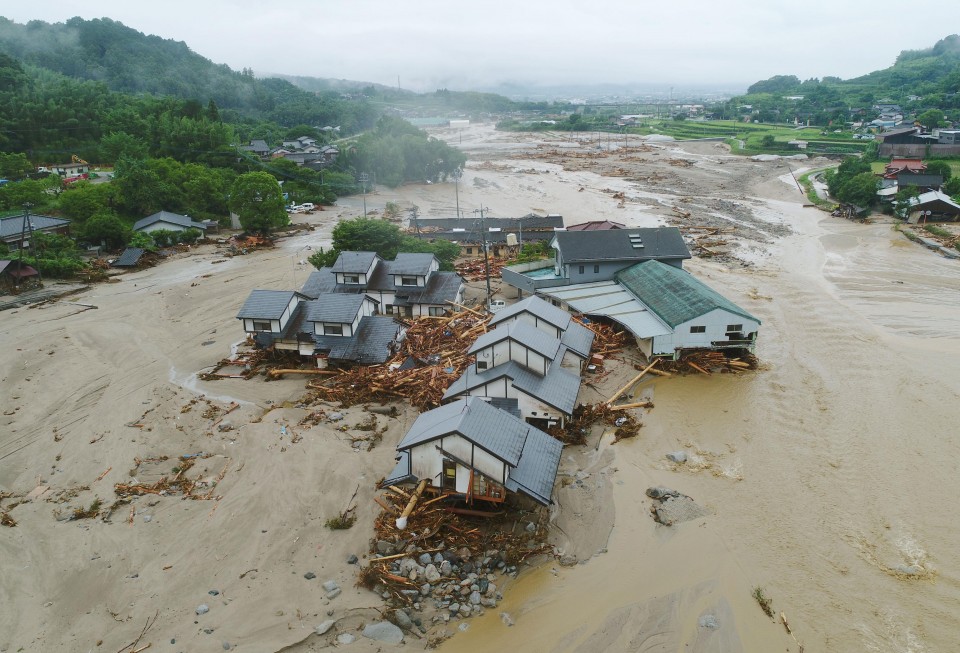 Flood water has led to the destruction of a number of homes, including those in Asakura, Fukuoka Prefecture. 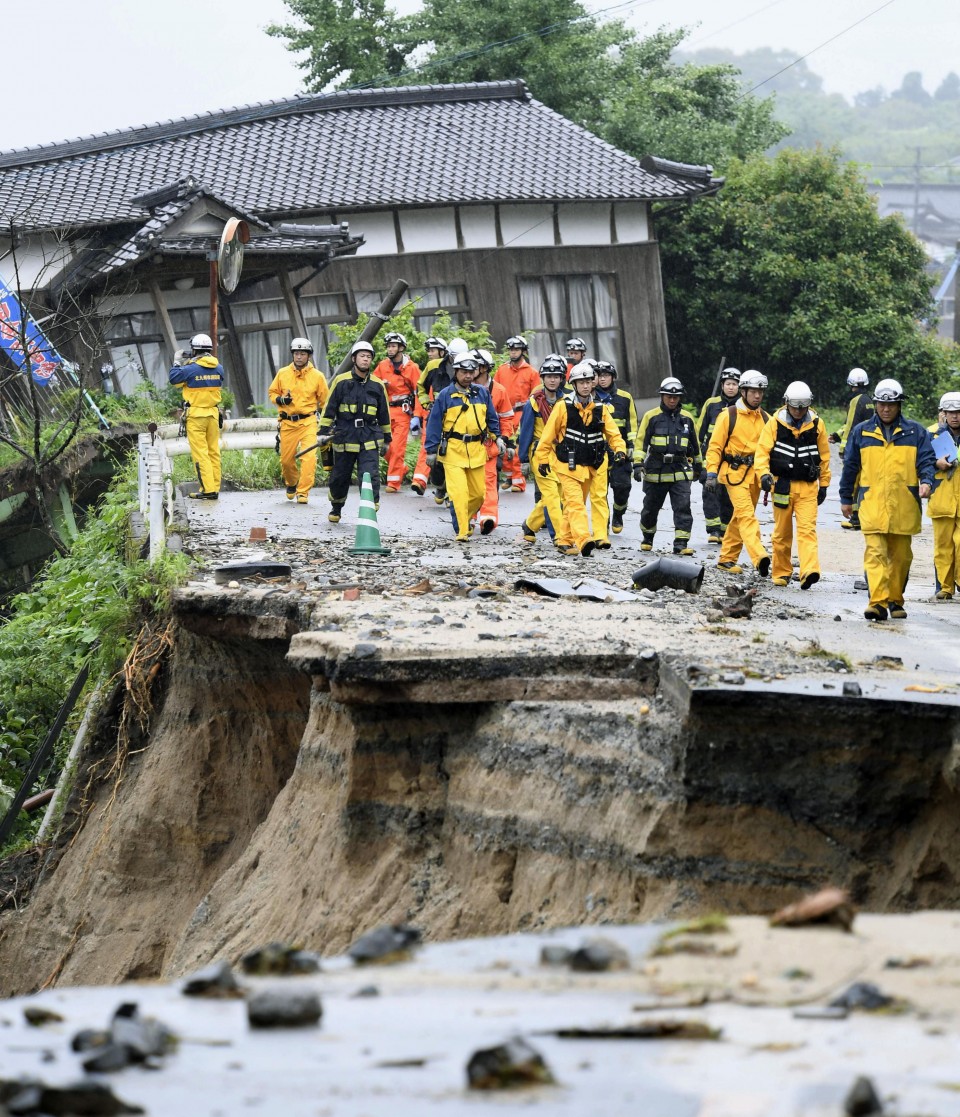 Rescue workers search for those remaining unaccounted for in Asakura. 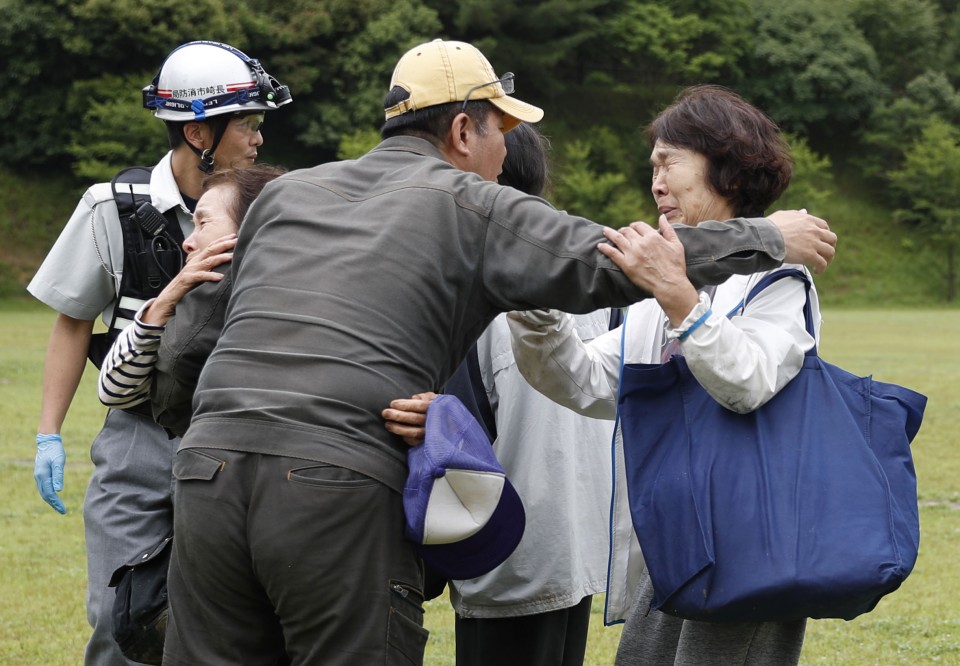 Some families were reunited in Asakura, while many others remain stranded after the heavy downpour. 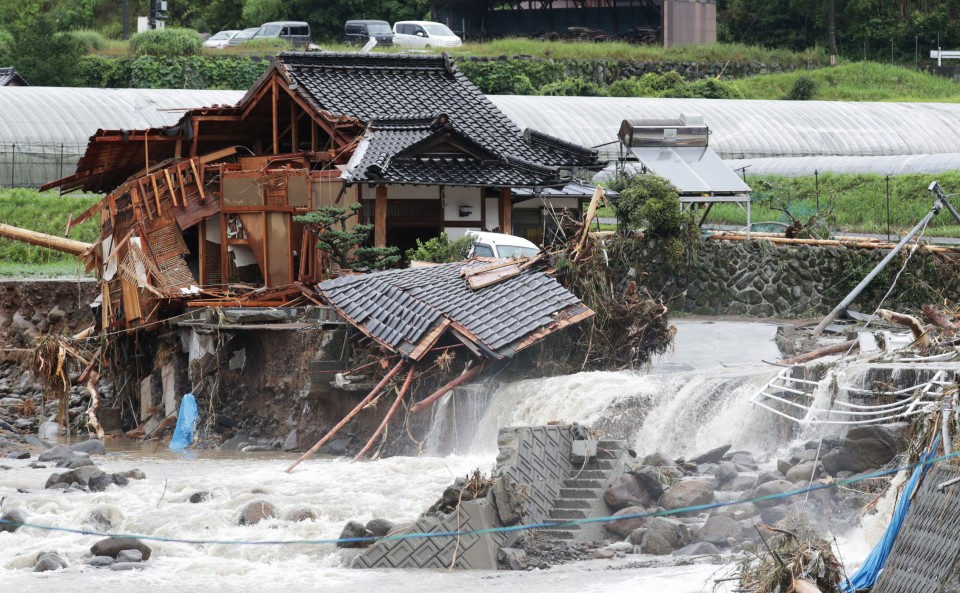 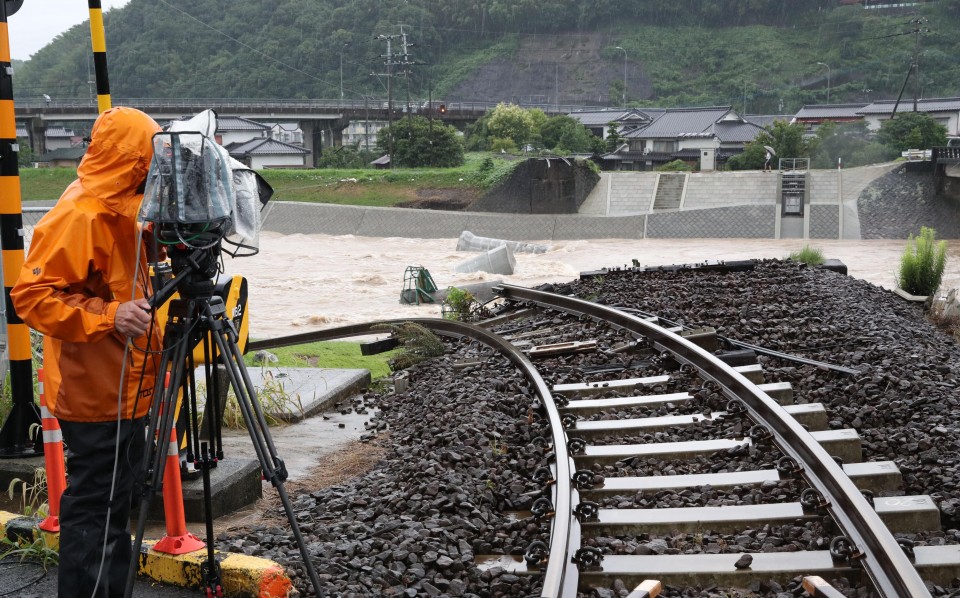 A railway bridge over a river was washed away in the same city. 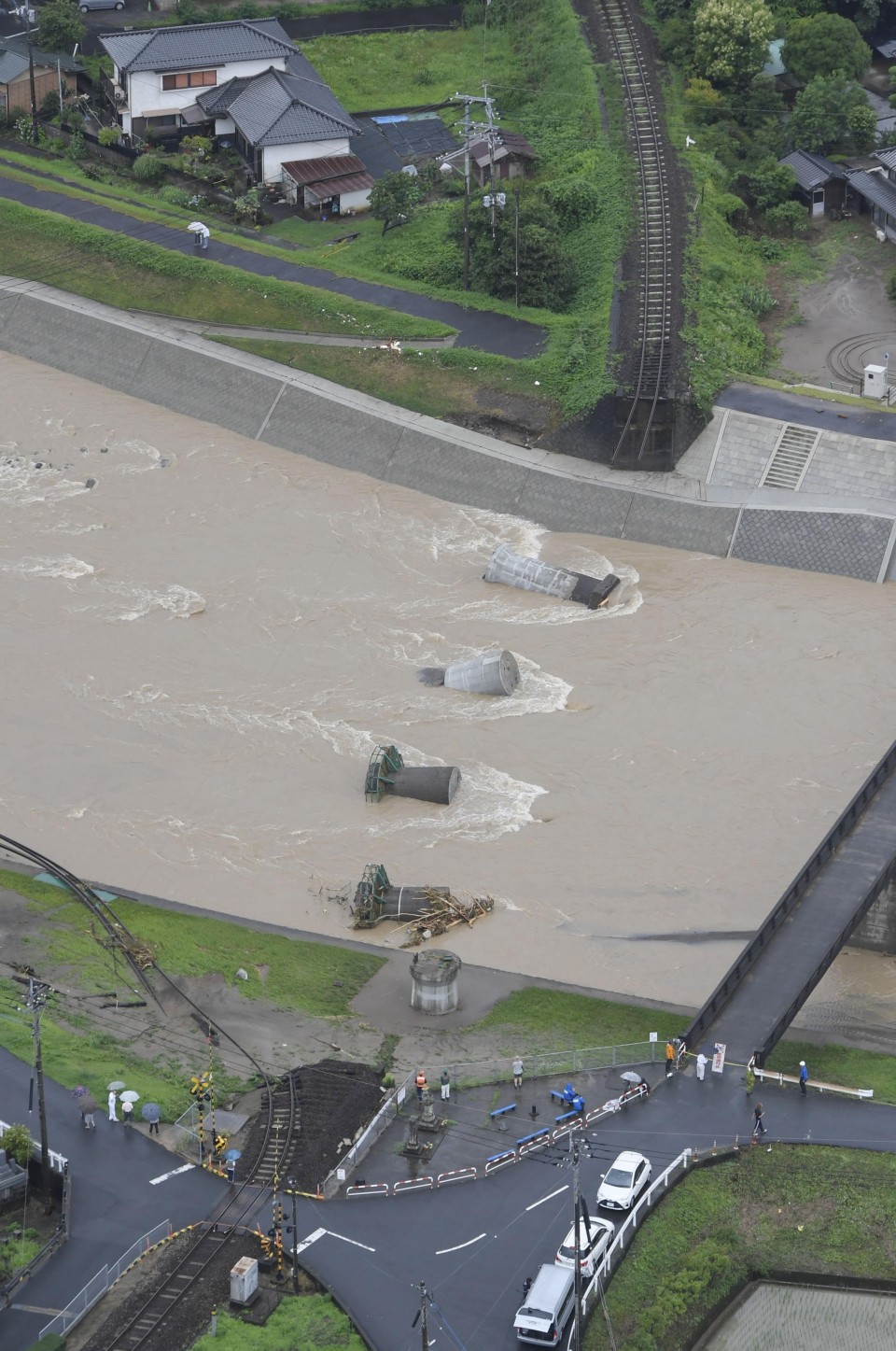 The remains of the bridge can be seen in this image, taken from a Kyodo News helicopter. 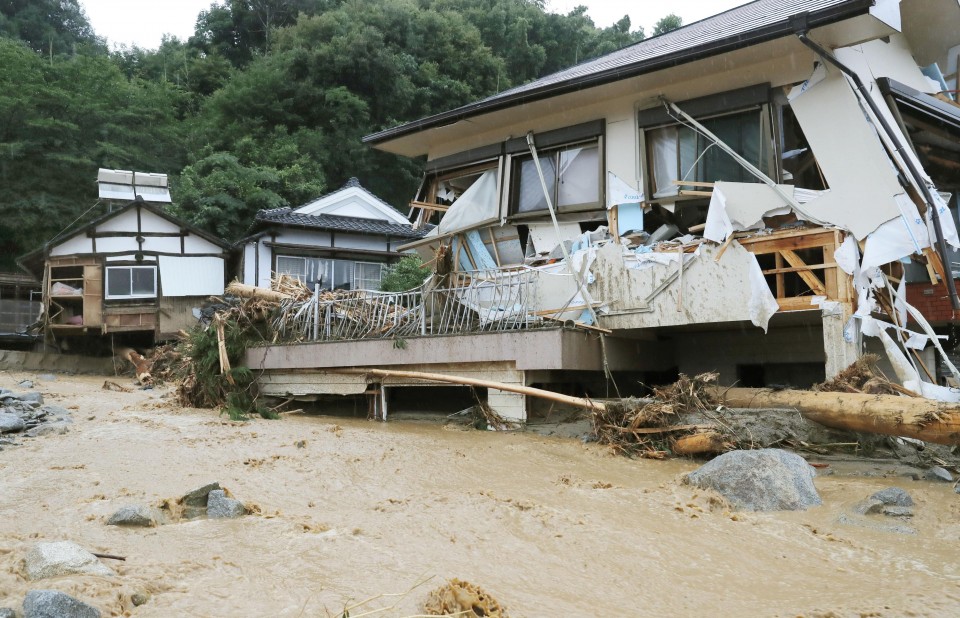 Houses in Asakura were destroyed by river flooding. 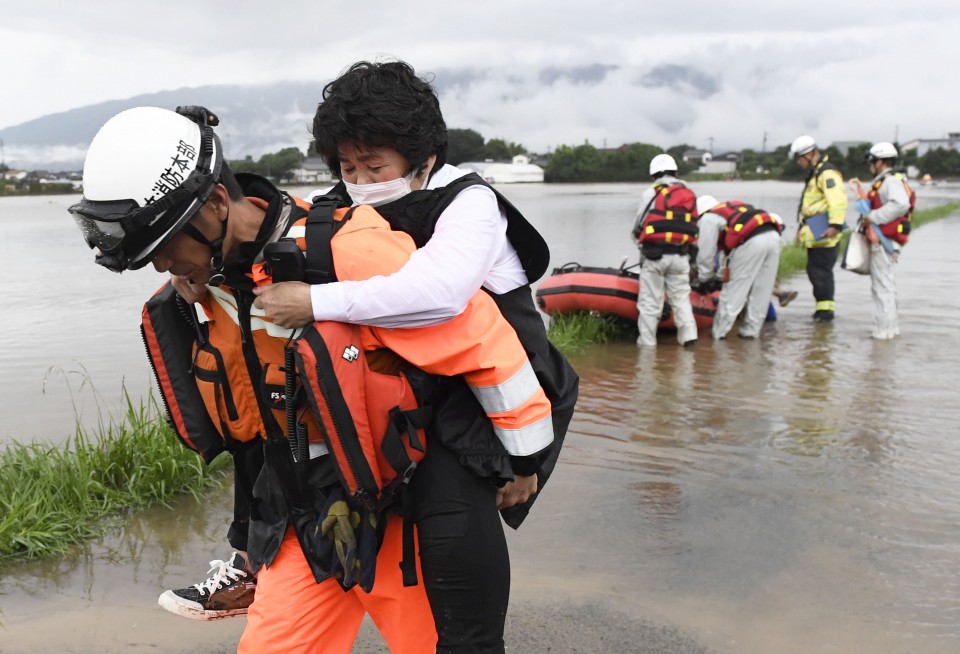 Some people in Asakura were left stranded by the flood water. This woman was carried by a firefighter after being rescued by boat. 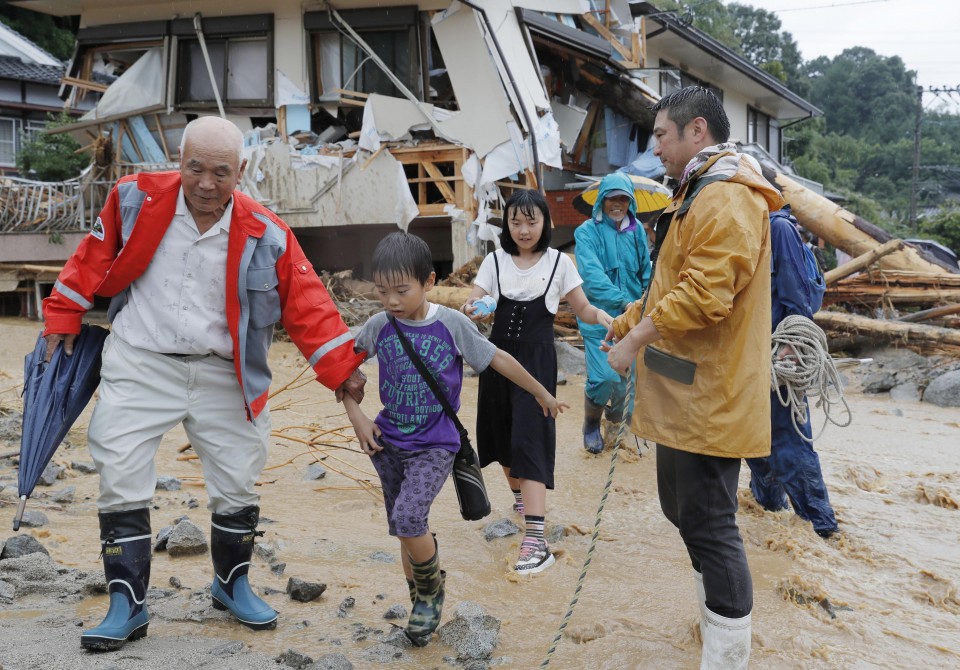 These residents evacuated on foot after being stranded at an elementary school in Asakura. 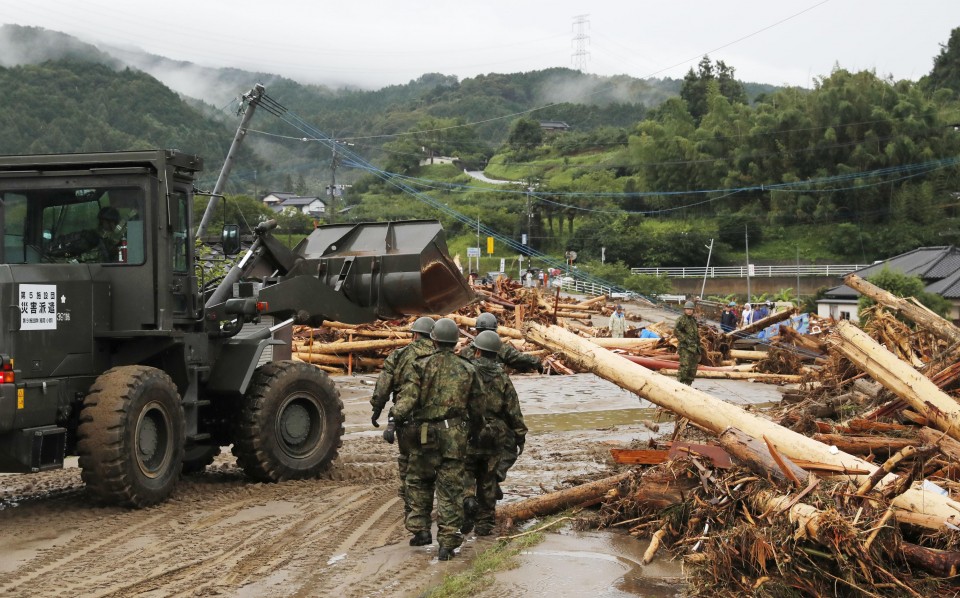 Self-Defense Forces personnel were seen working to remove driftwood from a road in Asakura. 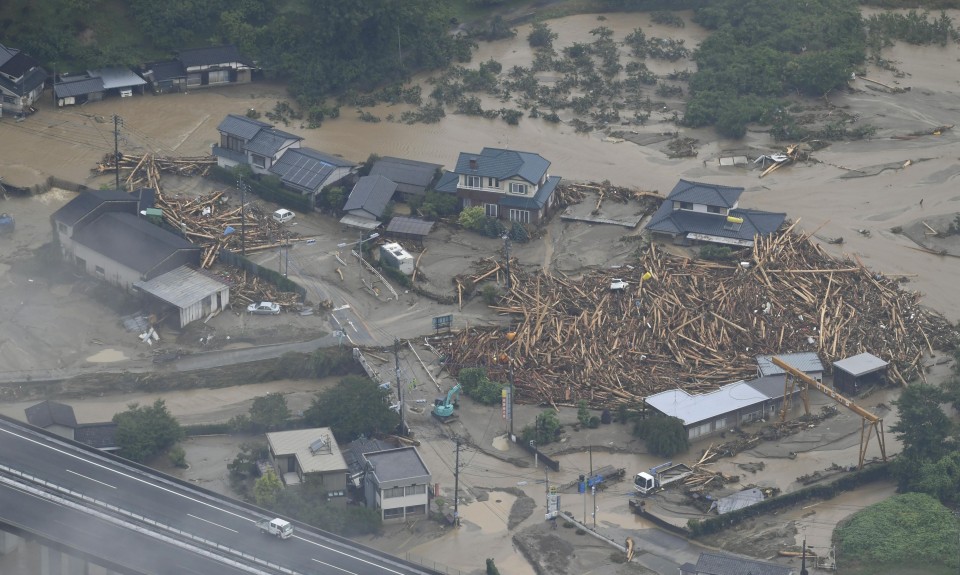 Areas of Asakura suffered heavily as a result of the rain and subsequent flooding.

The city was hit hard by the flooding, as this aerial footage shows. 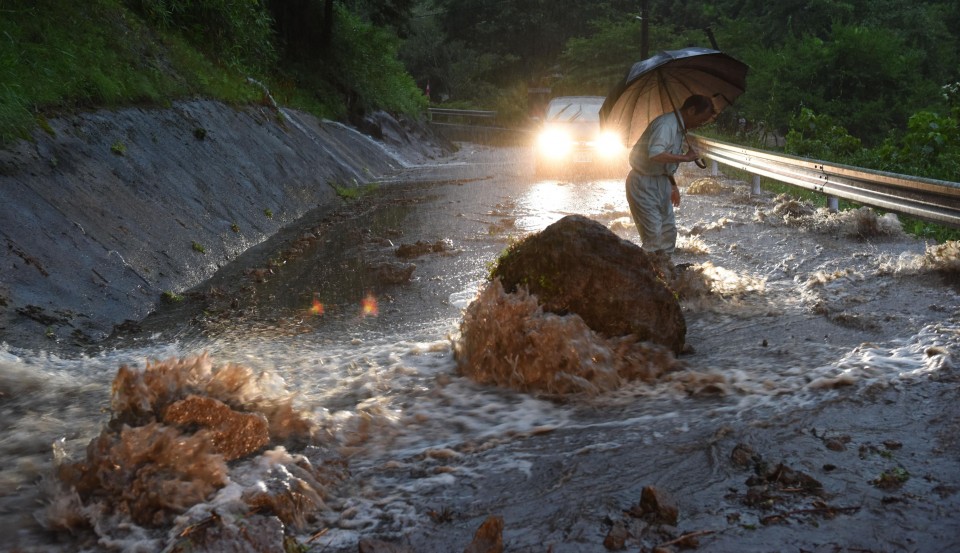 The scene in Hita on July 5, after rocks fell onto a flooded road. 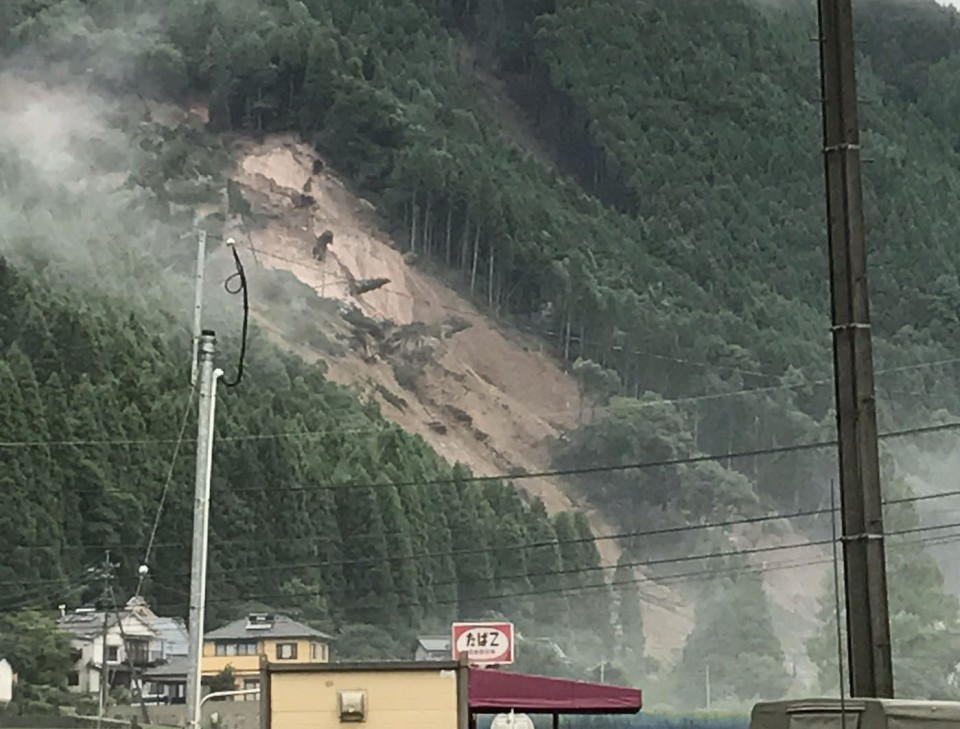 A separate mudslide in Hita on July 6. (Supplied Image) 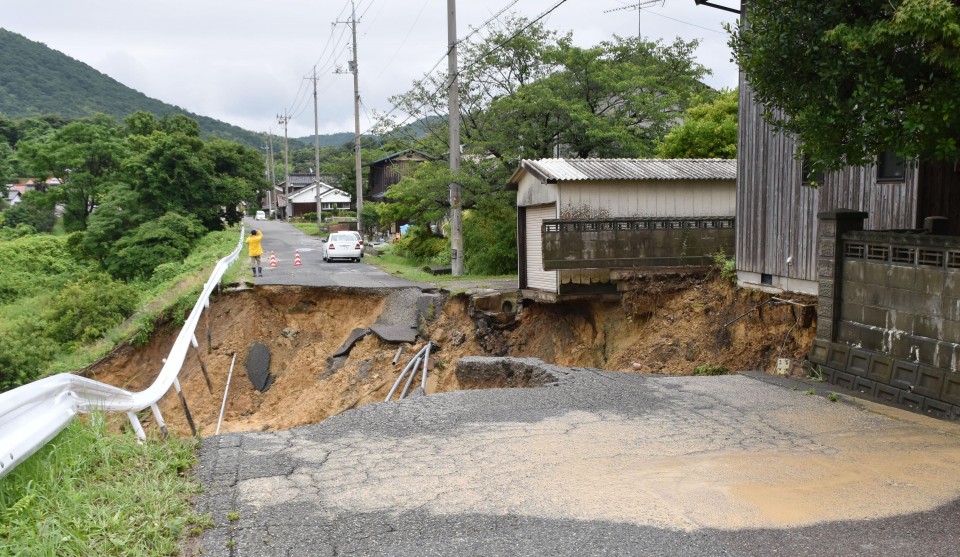 A section of road was washed away by torrential rain in the city of Masuda, Shimane Prefecture. 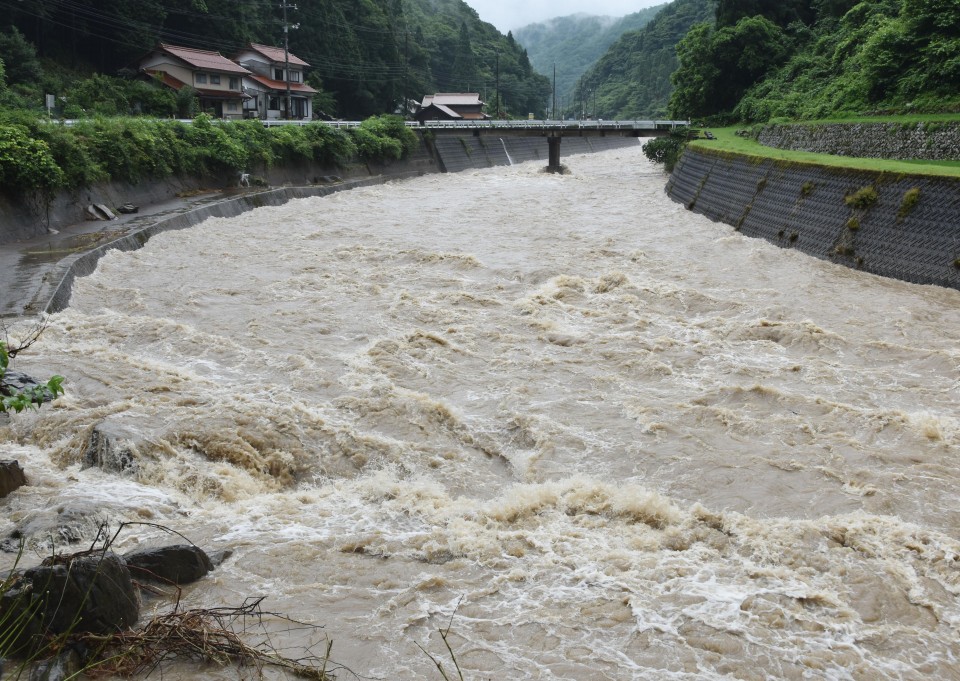 The rain caused rivers to swell, as seen here in the city of Hamada, Shimane Prefecture. 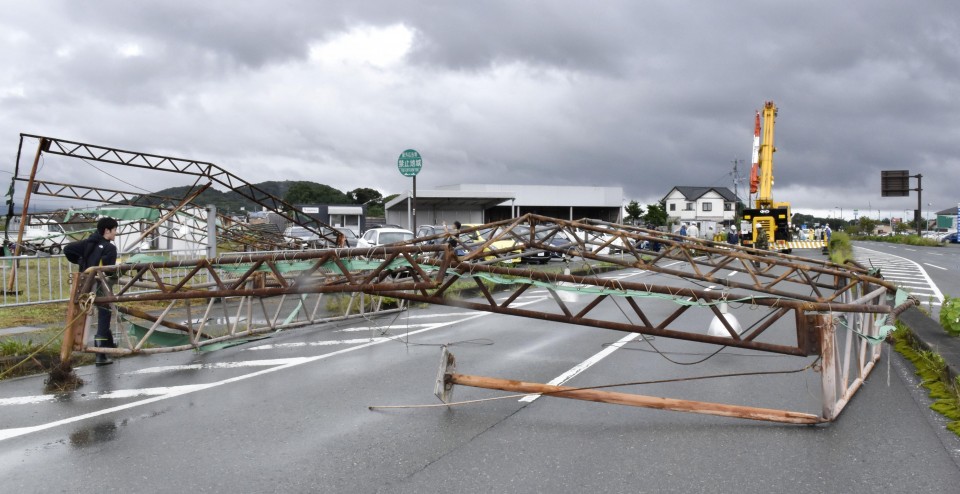 Typhoon Nanmadol brought strong winds and heavy rain, and left a trail of destruction. This iron frame collapsed onto a road in Kumamoto.