People dressed up as Michael Jackson, Mario, Minions and other characters joined some 11,000 other participants in a marathon race in Japan's Miyagi Prefecture on Sunday. 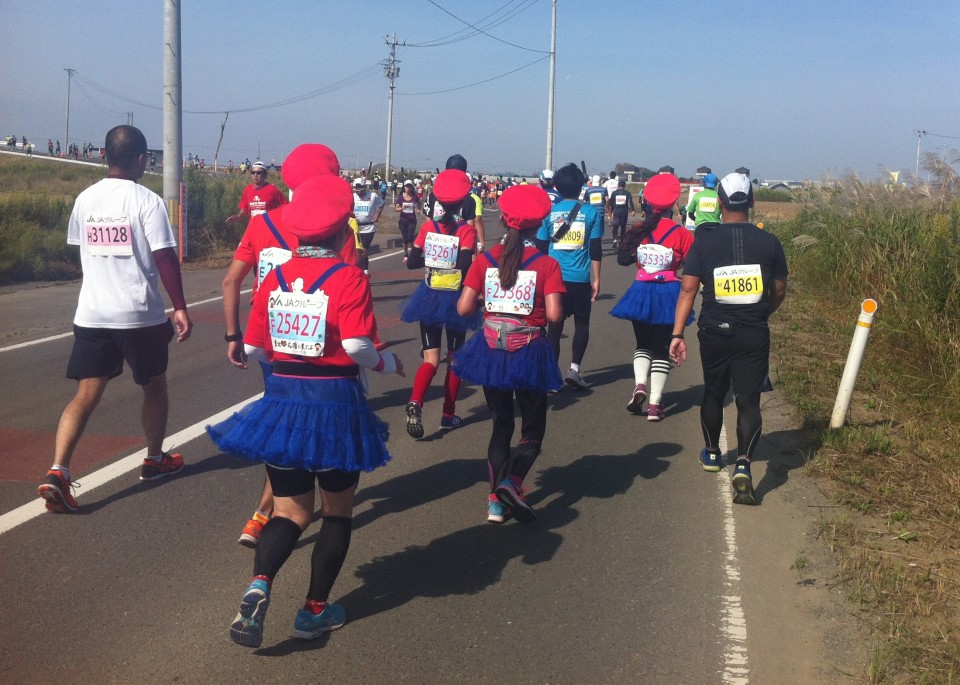 Sendai Television Inc., a local broadcaster, organized the Tohoku Miyagi Revive Marathon to raise awareness of disaster prevention and promote a resolve to help rehabilitate the areas of northeastern Japan hit by the 2011 earthquake and tsunami.

The race took in an area on the Pacific coast stretching through Natori, Iwanuma and Watari, all south of Sendai, with runners being cheered on by local people and being offered bites of local delicacies, such as seafood and fruit, at aid stations on the course. 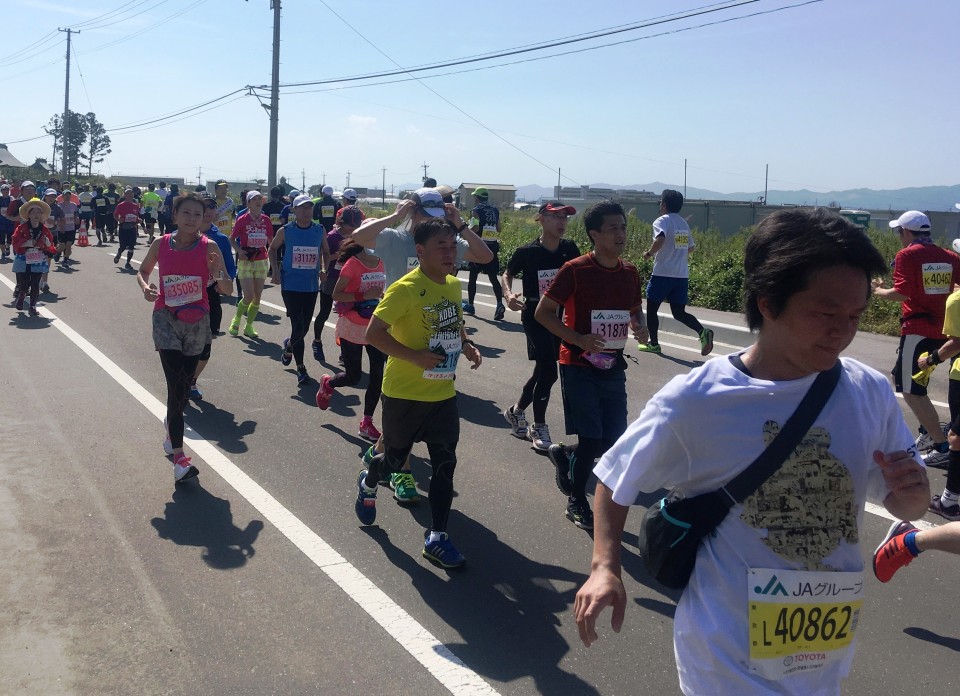 The runners passed a number of monuments to the victims of the natural disasters, with some stopping by one in Yuriage and bowing to it.

Some 3,000 volunteer workers helped organize the race, which was billed as the first of its kind in the tsunami-hit area.

Masaru Kirihata, a 63-year-old public worker from Shizuoka Prefecture, said, "I could not hold back my tears finding that someone's life used to be here."

He said "it was good" to see what the tsunami-hit area is like now.

The scenery was one of the most striking aspects of this race, running through land which had been devastated by the March 2011 tsunami, on which little remains in the way of buildings. 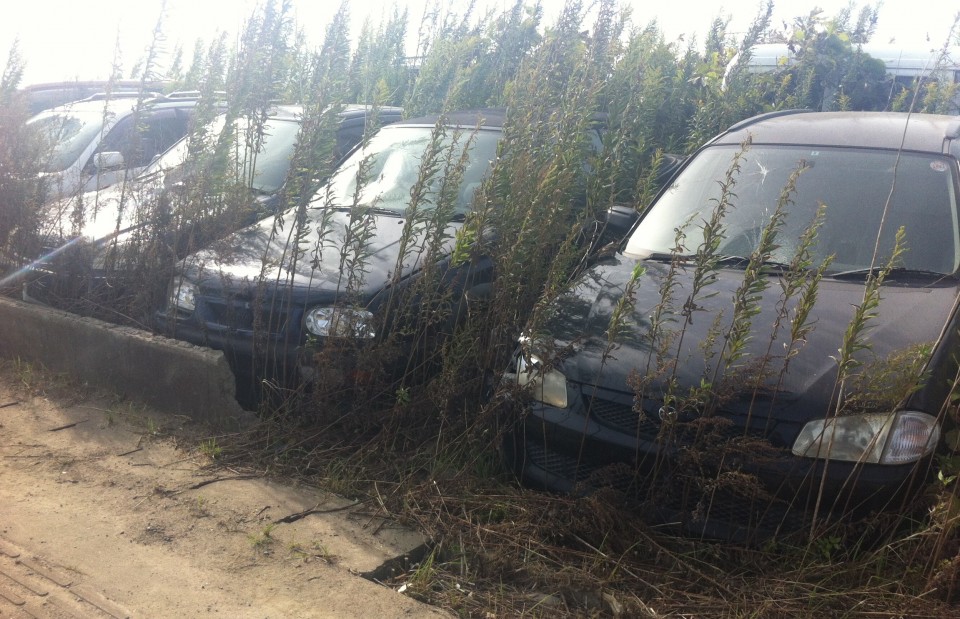 Reminders of the tsunami's destructive power could be seen, with one field housing dozens of battered and broken cars. 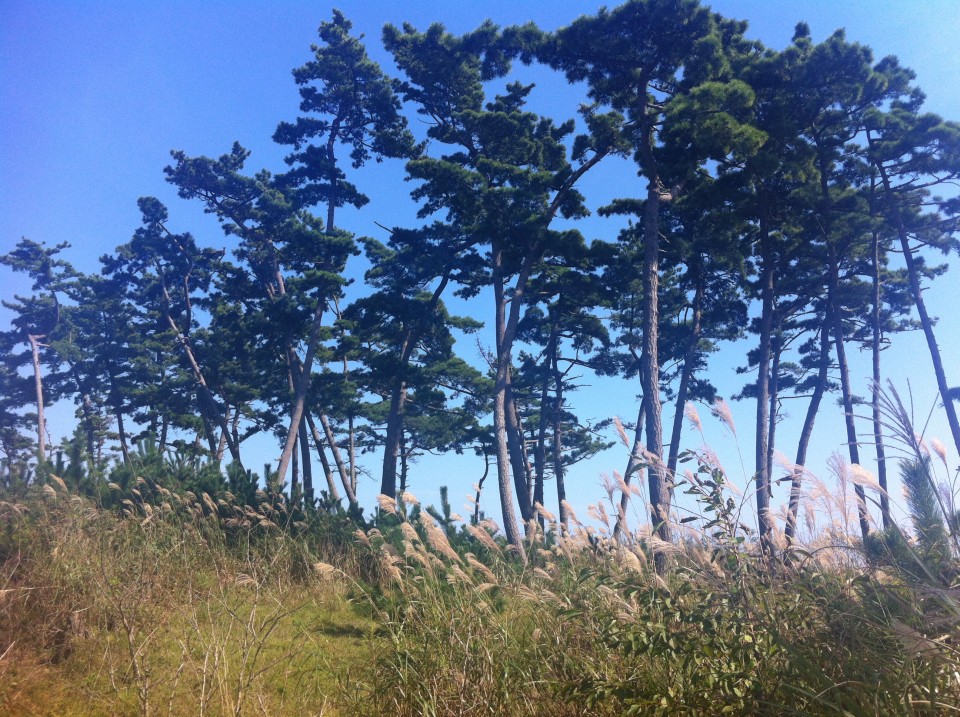 One constant throughout the course was the sight of trees stripped bare below a certain height by the deluge.

Aside from the scenery, the other memorable feature of this marathon was the food. Scallops, soup, fish sausage, tomatoes, fresh fruit - pears, grapes and oranges, pickled salted "umeboshi" plums, rice with salmon and roe. All handed out with smiles and shouts of "do your best!," "fight!" and "nice run!" 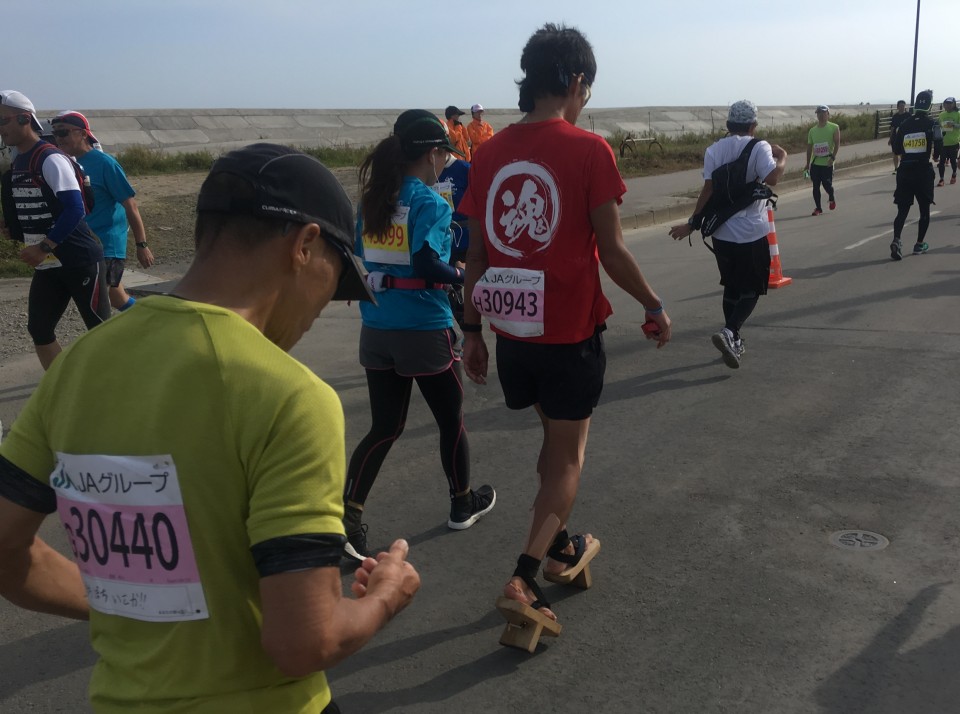 As with most marathons, costume runners and those with an unusual choice of footwear were out in full force.

However, the greatest force to be felt was the gratitude of the spectators, who held banners along the course, all spelling out "thank you."

While some were delighted to be entertained by Michael Jackson mid-race, others seemed happy just for the fact that people had come to their hometowns, to bring a little joy to an area still reeling from the disasters six years ago. 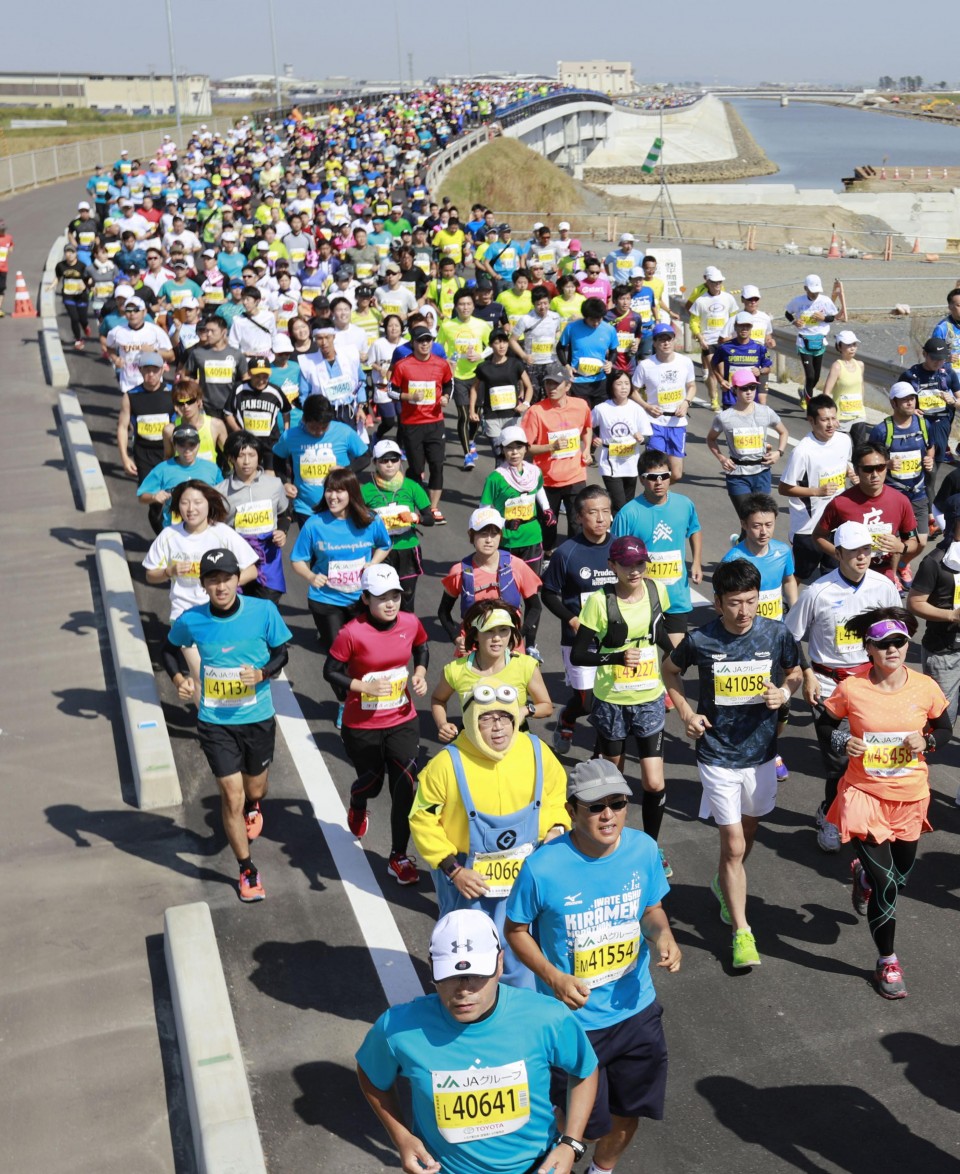