Few travel guidebooks devote more than a couple of paragraphs to the area around the Hanazono Rugby Stadium. But the streets that surround the spiritual home of Japanese rugby are full of references to the sport and finding them all during the Rugby World Cup 2019 promises to be a real treat for fans.

A cute mascot of a rugby player greets visitors just outside the Higashi-Hanazono station. The mascot, called Try-kun, has been designated as the symbol of Higashiosaka in 1992 after the city declared itself a rugby town the previous year. 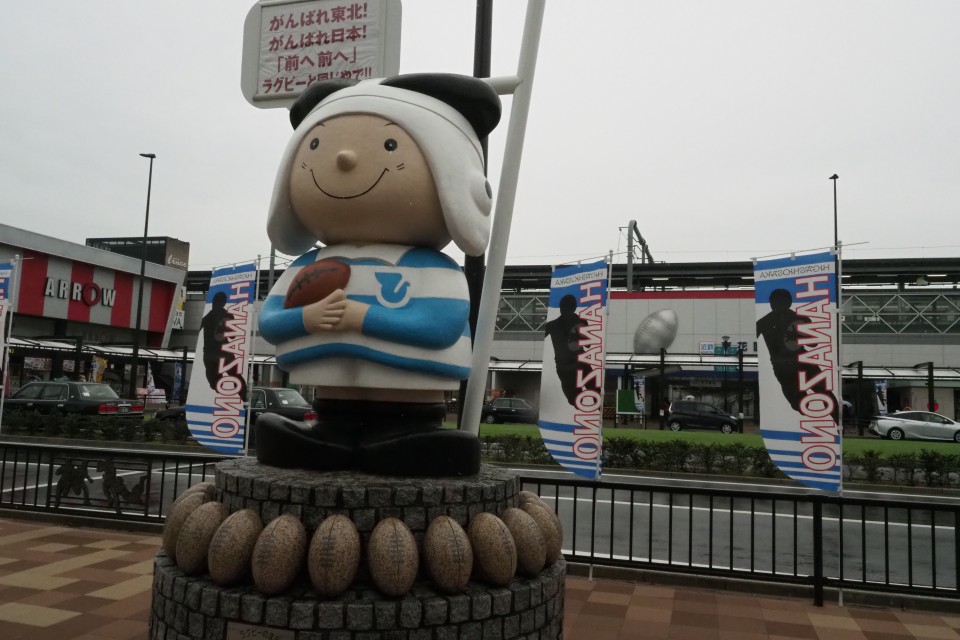 The stadium has hosted the annual National High School Rugby Tournament since 1963, and key holders, dolls and other franchised goods depicting Try-kun are popular with fans and players alike.

Lampposts along a street known as "Scrum Road," which stretches about 250 meters from the station to the stadium, bear tributes to each of the participating countries of RWC 2019. 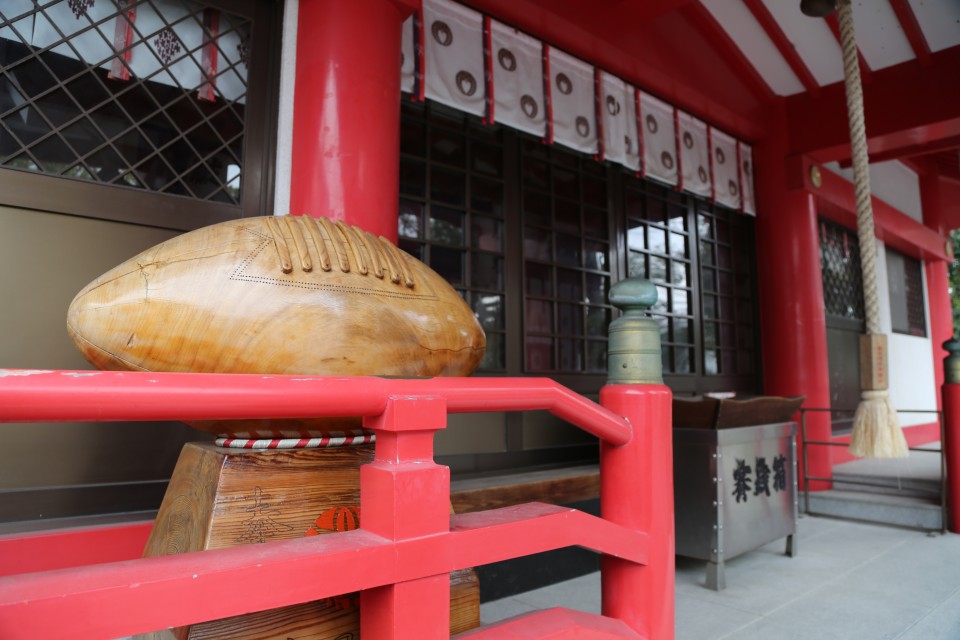 On the roadside are about dozen shops that sell rugby-themed goods, including Kinuya confectioner at the end of the street. Its famous Hanaragu-manju pastry made in the shape of a rugby ball is a perfect example.

About a 10-minute walk west of the stadium stands a shrine dedicated to rugby. Featuring huge carvings of rugby balls within its inner sanctum, Yoshita Kasuga Jinja draws many fans and players who come to pray for victory. 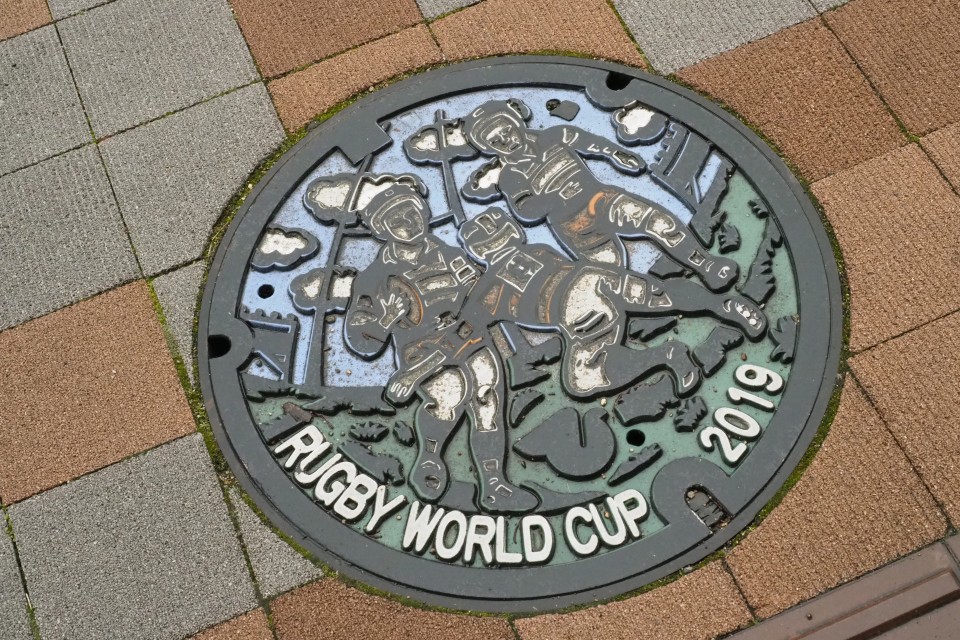 (A manhole cover in Higashiosaka dedicated to the Rugby World Cup 2019.)

Food lovers must head to Hanazono Shotengai mall near the Kawachi-Hanazono station. Among about a dozen restaurants is Hanazono Rugby Sakaba pub, where rugby fans from all walks of life gather after games.

As you explore the streets, make a point of inspecting the manhole covers. They come in a variety of rugby-themed designs -- further proof, if needed, of Higashiosaka's love affair with the sport.