Andre De Grasse of Canada won the men's 200-meter sprint in 19.62 seconds on Wednesday at the National Stadium, finally getting his gold after winning silver in this event in 2016 and taking two consecutive Olympic 100 bronze medals.

The Canadian set a new national record in holding off Kenneth Bednarek of the United States by 0.06 and another American and reigning 200 world champion Noah Lyles who crossed in 19.74. 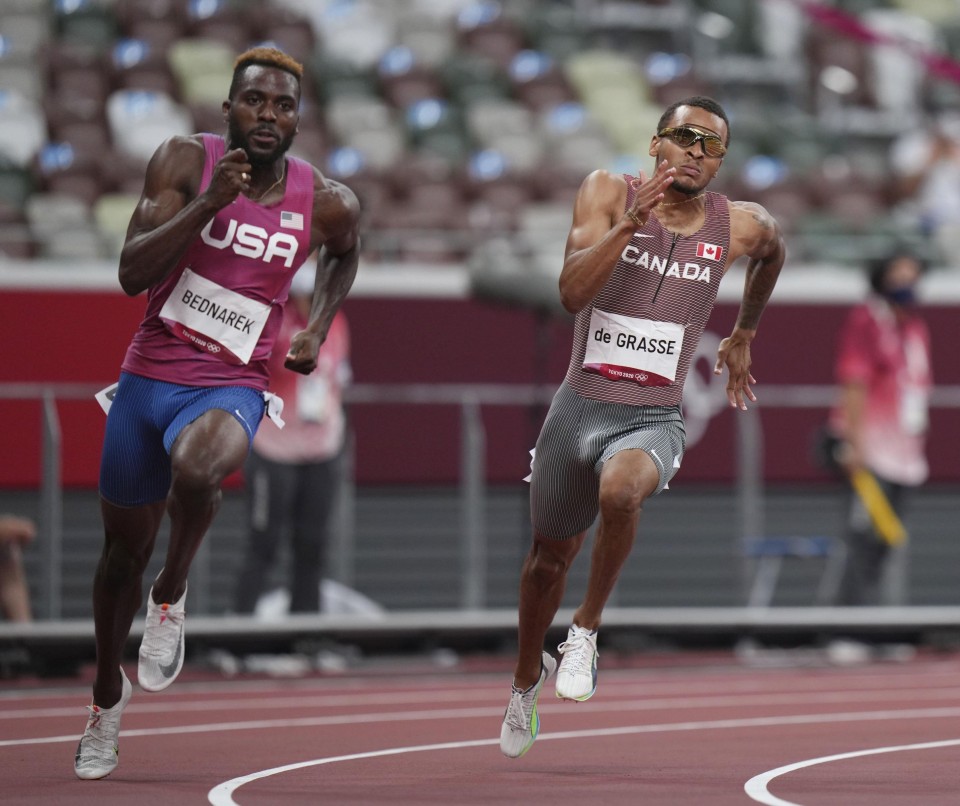 "My legs were starting to go but of course 19.6 will do that. But (my coach) just told me to keep pumping my arms and finish strong."

Earlier, Sydney McLaughlin set a world record and led an American 1-2 in the women's 400-meter hurdles.

Slashing 0.44 second of her own world best time set earlier this year, McLaughlin crossed the line in 51.46 at the National Stadium, 0.12 ahead of Dalilah Muhammad whose time would also have broken the previous world record.

"I saw Dalilah ahead of me with one (hurdle) to go. I just thought 'Run your race,'" said McLaughlin.

"I can't really get it (the world record) straight in my head yet. I'm sure I'll process it and celebrate later. I'm just grateful to be out here celebrating that extraordinary race and representing my country." 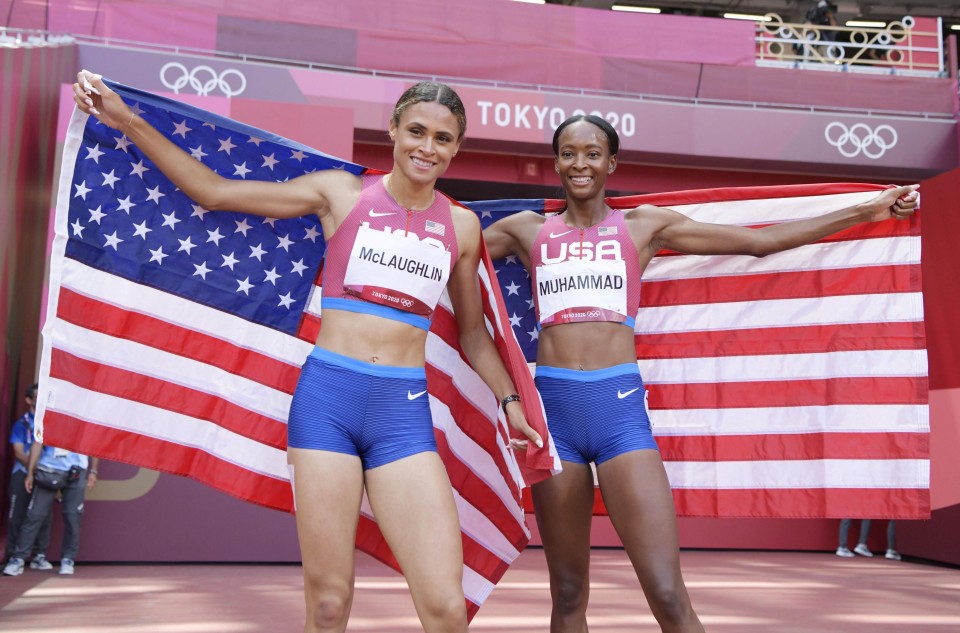 Sydney McLaughlin (L) and Dalilah Muhammad, both of the United States, celebrate after winning gold and silver, respectively, in the women's 400-meter hurdles at the Tokyo Olympics on Aug. 4, 2021, at the National Stadium in Tokyo. (Kyodo) ==Kyodo

In the evening, Japan's Nozomi Tanaka rewrote her own national record to reach the 12-runner final in the women's 1,500 after clocking 3:59.19 to finish fifth in her semifinal and also overall.

She started strong and led the pack through the first half of the race and stayed in touch with the leaders en route to rewriting her previous Japan record of 4:02.33, set only two days ago in the heat.

"I knew I could qualify should I cross below four minutes...I had the feeling that I could set my personal record," Tanaka said. "I was hanging in there for the last 200, 300 meters and was scared I could be overtaken by those in sixth or seventh, but didn't feel anyone coming."

"It still hasn't sunk in, I can't believe I'm really running (the final) in two days' time. I always get fired up at big competitions, almost to a level that makes me think my personality has changed."

The 21-year-old now has the chance to race with Dutch runner Sifan Hassan, who won the other semifinal with a last-lap burst from the back of the field. Sifan is gunning for three gold in Tokyo having already claimed the 5,000 and with the 10,000 final also awaiting her on Saturday.

Peruth Chemutai of Uganda won the women's 3,000 steeplechase logging 9:01.45, ahead of Courtney Frerichs of the United States in second and Hyvin Kiyeng of Kenya in third.

In the men's hammer, Wojciech Nowicki of Poland hurled 82.52 meters to beat Eivind Henriksen of Norway by just under a meter. Another Polish thrower, Pawel Fajdek won bronze.

Japan's chance of having a representative in the men's 110 hurdles final took a hit when Taio Kanai clipped a hurdle and tumbled to the track in the second heat. He picked himself up and crossed the line, but was a forlorn figure.

Then, Shunsuke Izumiya clattered the first hurdle in his heat but recovered bravely to finish third in his heat, despite a late stumble. Izumiya's 13.35 time was just 0.03 off qualification.