International Olympic Committee chief Thomas Bach said Saturday he is confident of winning over a skeptical Japanese public and expects a "safe and successful" Tokyo Olympics, despite concerns about coronavirus infections at the games which get under way next week.

Bach noted that the IOC has been informed by local organizers that around 15,000 athletes and others with accreditation arrived in the first 16 days of July. Each underwent testing upon arrival. 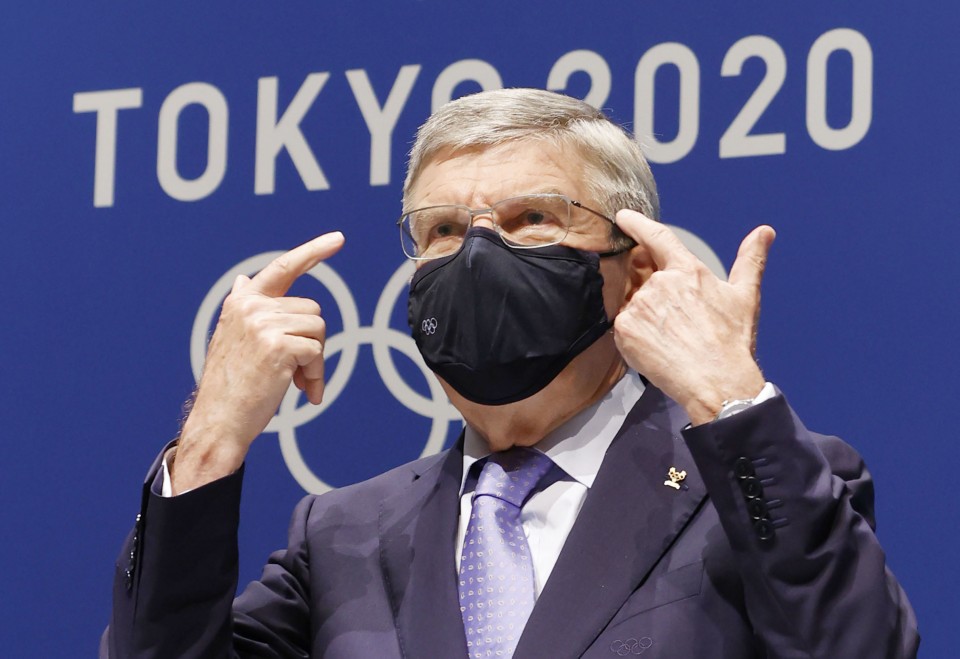 International Olympic Committee President Thomas Bach attends a press conference at the main press center of the Tokyo Olympics in the capital on July 17, 2021, ahead of the July 23 opening ceremony. (Kyodo) ==Kyodo

The 67-year-old former Olympic fencer said he is confident that those who tested positive were dealt with appropriately.

"It goes without saying that all the concerned people were immediately isolated and in this way they do not pose any risk to other participants or the Japanese population," Bach told a press conference.

Bach was speaking on the same day games organizers revealed that a person has tested positive for COVID-19 at the athletes' village.

The case is one of 15 new positive results among games participants and workers reported on Saturday, the highest daily count since the committee started compiling figures on July 1.

Health experts and the public remain nervous about holding the Olympics and Paralympics in one of the world's most populous cities while it is under its fourth state of emergency.

Bach sought to allay those fears while saying he understands that, under the circumstances, there is never going to be consensus support for the games.

"Even in Japan there was never 100 percent support for the Olympics or any other event. This is part of democracy. You will always have different opinions and such a discussion becoming more heated and emotional in the situation of a pandemic is something we have to understand."

"Many people feel under stress. They have to face uncertainty and there you react with some skepticism. This is human life. Therefore, what we can do only is to try to gain their confidence in these strict COVID measures."

"We will not succeed 100 percent. That would be putting the bar too high but we are also confident that once the Japanese people will see the Japanese athletes perform this Olympic Games, hopefully, that then the attitude may become less aggressive."

The organizing committee did not identify the individual that tested positive at the village but said the infected person is a visitor from abroad involved in organizing the games, and not an athlete.

Bach on Wednesday assured Japanese Prime Minister Yoshihide Suga that adequate measures are in place to prevent athletes and staff participating in the Olympics from spreading the coronavirus.

He told Suga that 85 percent of Olympic village residents would be fully vaccinated against COVID-19.