Ai Yoshida and Miho Yoshioka teamed up on Friday to finish second in the women's 470 class world championships, making them the first Japanese sailors to earn spots in next year's Tokyo Olympics.

In the waters near the Enoshima Yacht Harbor that will host the Olympic sailing competition, Britain's Hannah Mills, a defending Olympic champion, and Eilidh McIntyre finished the six days with 62 points to take gold ahead of Yoshida and Yoshioka, who had 65. 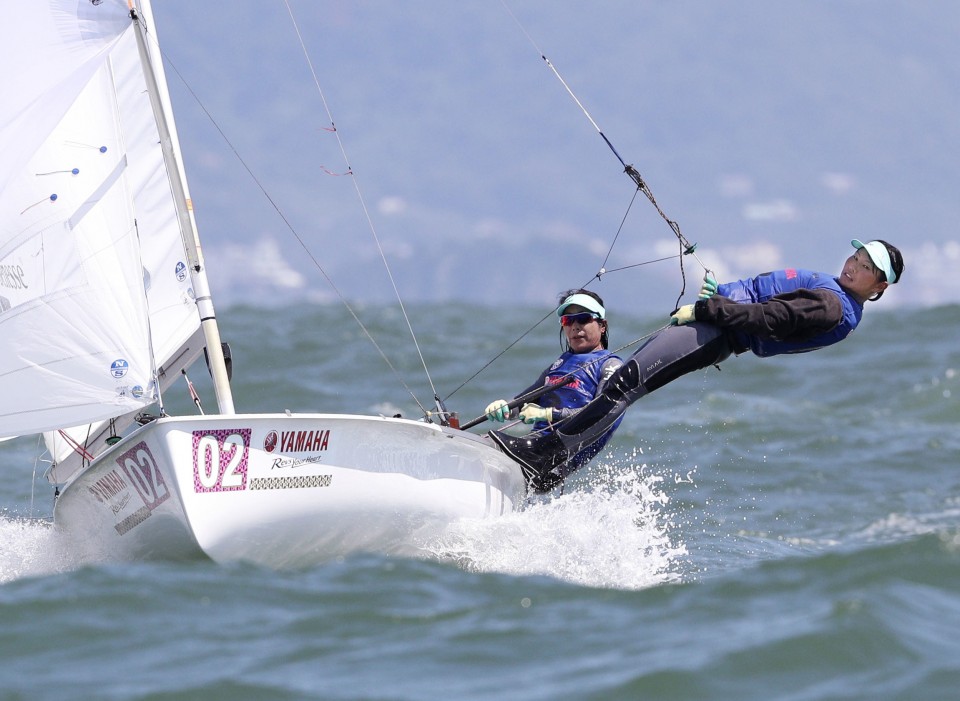 France's Camille Lecointre, a bronze medalist at the 2016 Rio de Janeiro Olympics, and Aloise Retornaz were third with 72.

Yoshida and Yoshioka, who last year became Japan's first women's world champions sailing the 4.7-meter craft, needed to finish third or better to clinch a spot in the event here next summer. This will be Yoshida's fourth straight Olympics. The pair were fourth in Rio.