The Beijing Paralympics closed Sunday after nine days of sport that focused the world's attention on the plight of Ukraine's athletes and their calls for peace in their homeland while putting the planet's most accomplished disabled winter athletes at center stage.

The closing ceremony at the National Stadium in the Chinese capital marked the end of a Winter Games that featured more than 560 athletes from 46 countries and regions in 78 medal events across six sports. 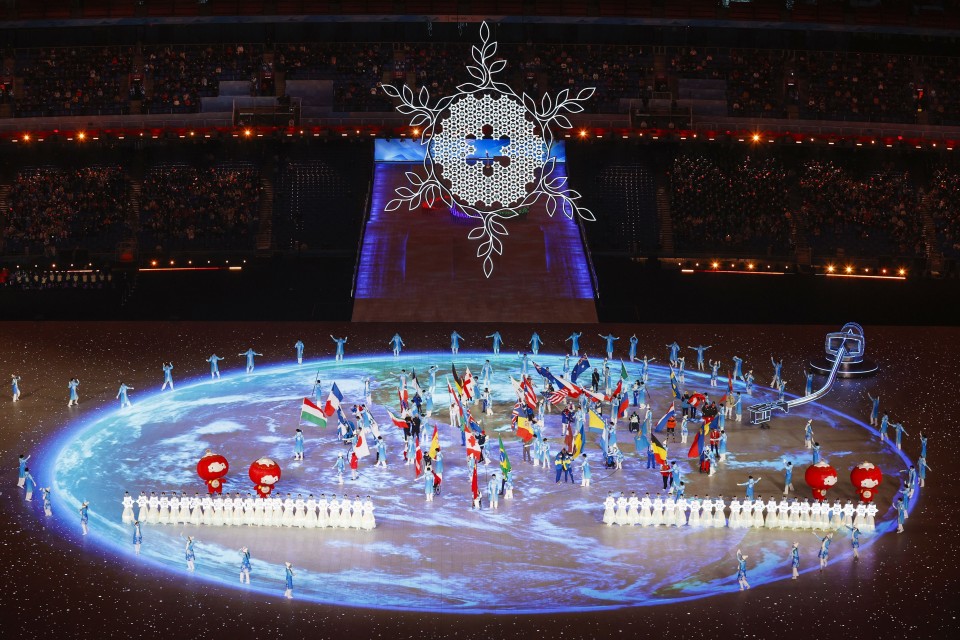 The closing ceremony of the Beijing Winter Paralympics takes place at the National Stadium on March 13, 2022. (Kyodo)

"As beacons of hope, and champions for peace, your actions spoke way louder than words," Parsons said, referring to the Paralympians' performances.

"I call upon Paralympic athletes all over the world to meet again in Milano and Cortina, Italy, in four years' time, where once again, you will inspire and excite the world with your sporting excellence." 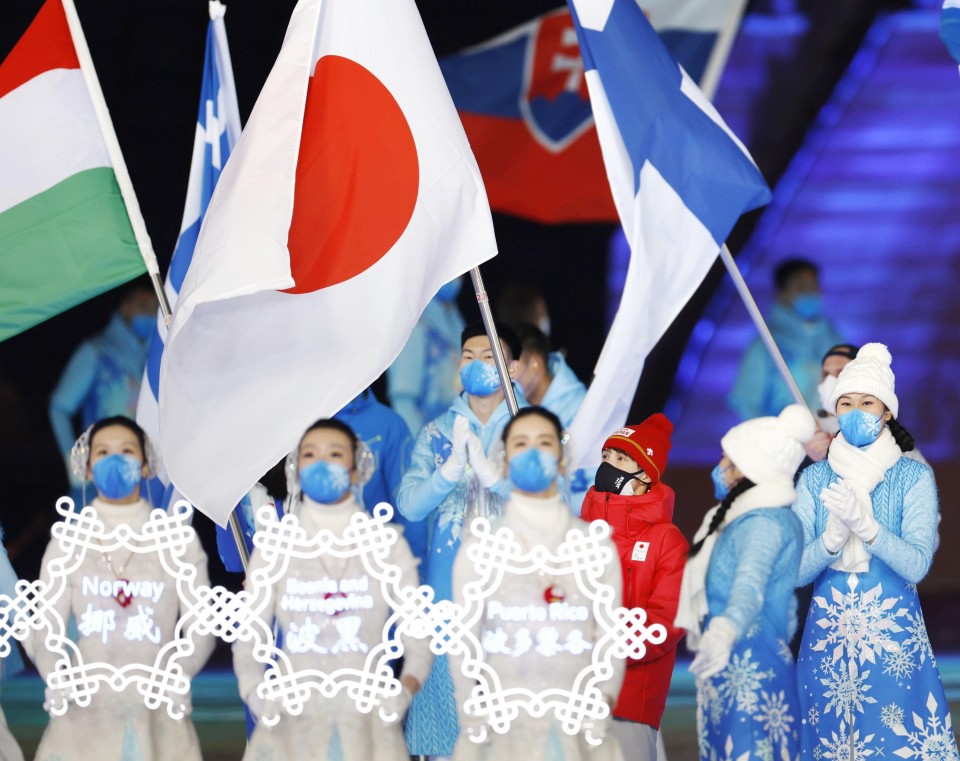 Taiki Kawayoke (3rd from R) bears the Japanese flag during the closing ceremony of the Beijing Winter Paralympics on March 13, 2022, at the National Stadium. (Kyodo) ==Kyodo

Through the competitions, Japan's Momoka Muraoka established herself as her nation's Alpine skiing queen when she won three gold medals in China.

With Muraoka adding a silver, Taiki Kawayoke one gold and Taiki Morii two bronze, Japan finished with seven medals. The four-gold total is the most the country has won at a single games since the 12 it earned as host in 1998.

Before competition had begun, athletes from Russia and those from Belarus were sent home for their nations' involvement in the Ukraine war, with the IPC forced to shift its position in the face of backlash from its original decision to allow them to compete under the Paralympic flag.

The IPC said its hand was forced when the safety situation in the villages became "untenable." The fact many athletes and teams refused to take the field of play alongside athletes from aggressor states played a large role in the narrative changing. 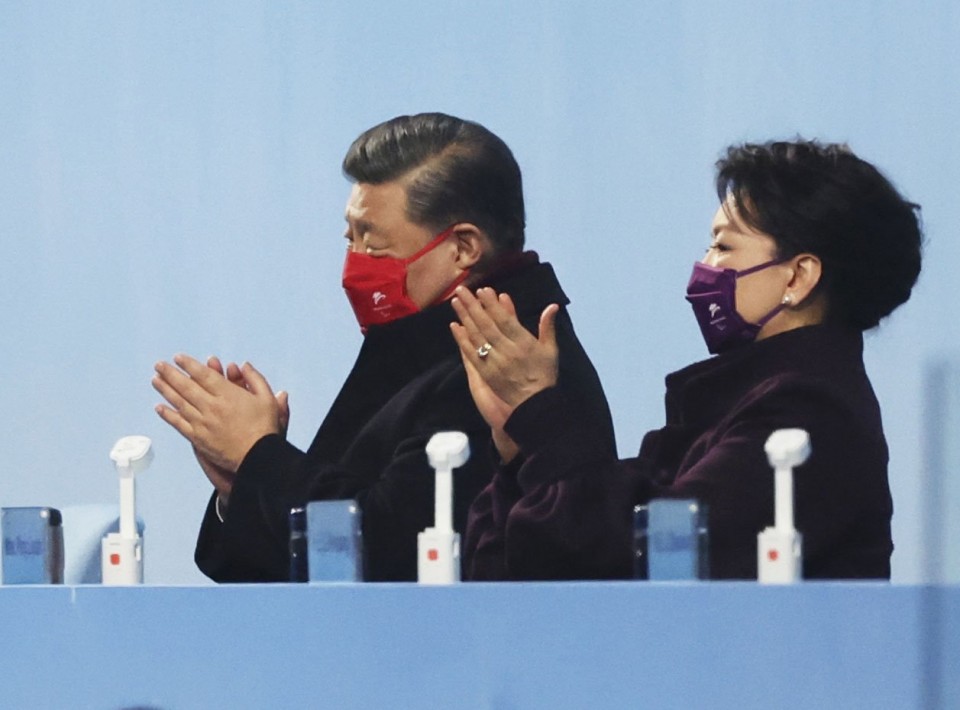 The games opened March 4 with Parsons setting the games' anti-war tone at the opening ceremony when he bellowed an impassioned "Peace!" at the end of his address.

While inclusion and diversity are always central to the Paralympic mission, "It was appropriate to send this message of peace...and that's the message that we want the world to hear from the Paralympic movement," he later told Kyodo News.

Calls for an end to the war in Ukraine were also widely heard from athletes, especially in Zhangjiakou where Ukrainian biathletes and cross-country skiers put themselves front and center when dedicating medals to their conflict-hit homeland and asking for global support.

After making a complex journey involving multiple border crossing to reach China, the Ukraine team bagged 29 medals, including 11 gold, the highest ever for the East European country, to finish second on the medal table.

Despite having won just one medal at Winter Paralympics before the 2022 Games, China topped the medal table with 18 gold and 61 total medals. It achieved this momentous feat even with the entire games being held in an isolated bubble due to the ongoing coronavirus pandemic.

Muraoka, 25, dominated the headlines at the Yanqing National Alpine Skiing Centre in Beijing's mountainous north, with gold in the sitting downhill, giant slalom and super-G taking her to four career Paralympic titles -- the most of any Japanese winter athlete.

Her three gold medals also equaled the record for most won by a Japanese at a single Winter Paralympics.

The United States, Britain and Japan were among a number of countries that did not send official government representatives to the Olympic and Paralympic games. The boycott to protest China's human rights abuses, particularly against its Uyghur Muslim population, was, however, overshadowed by Russia's invasion of Ukraine. 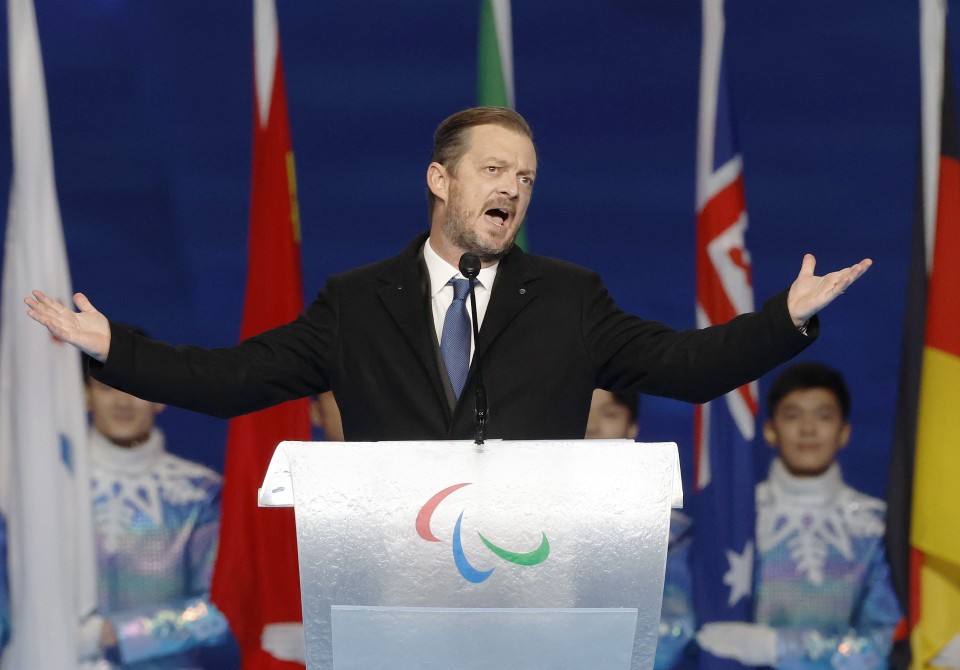 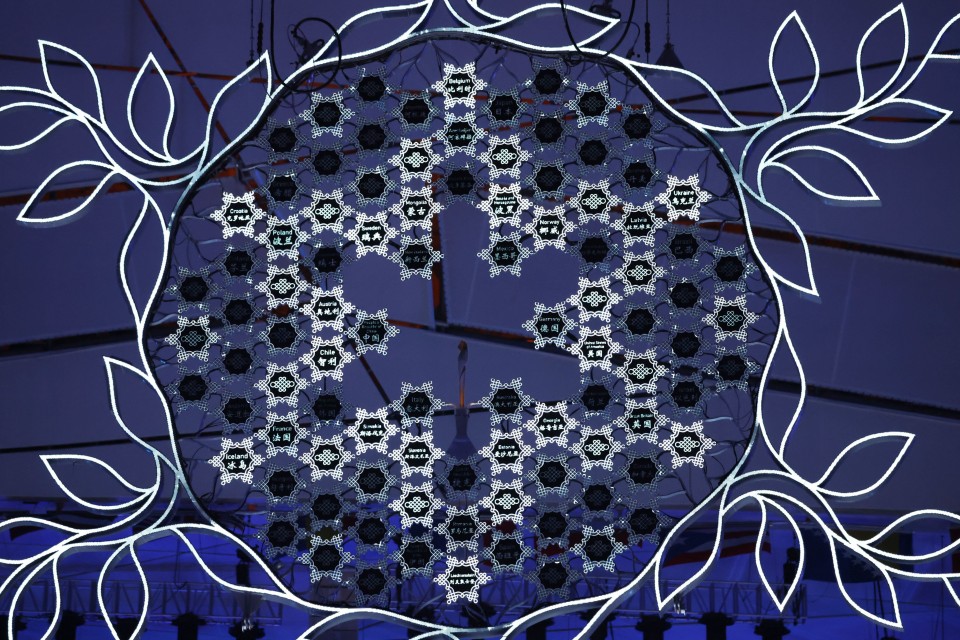 The Paralympic cauldron is seen after the flame was extinguished during the closing ceremony of the Beijing Winter Paralympics at the National Stadium on March 13, 2022. (Kyodo) ==Kyodo 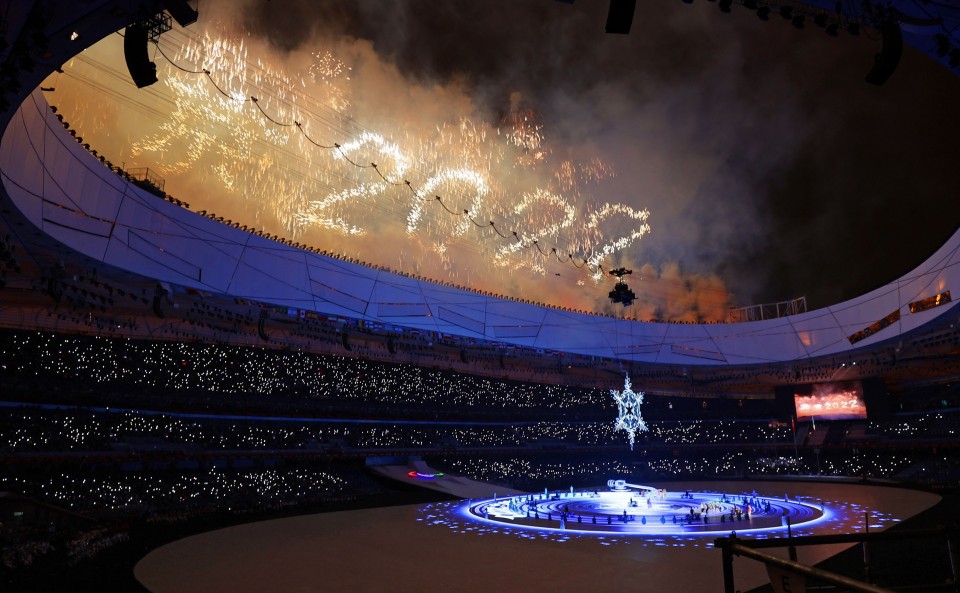 Fireworks light up the sky over the National Stadium during the closing ceremony of the Beijing Winter Paralympics on March 13, 2022. (Kyodo) ==Kyodo