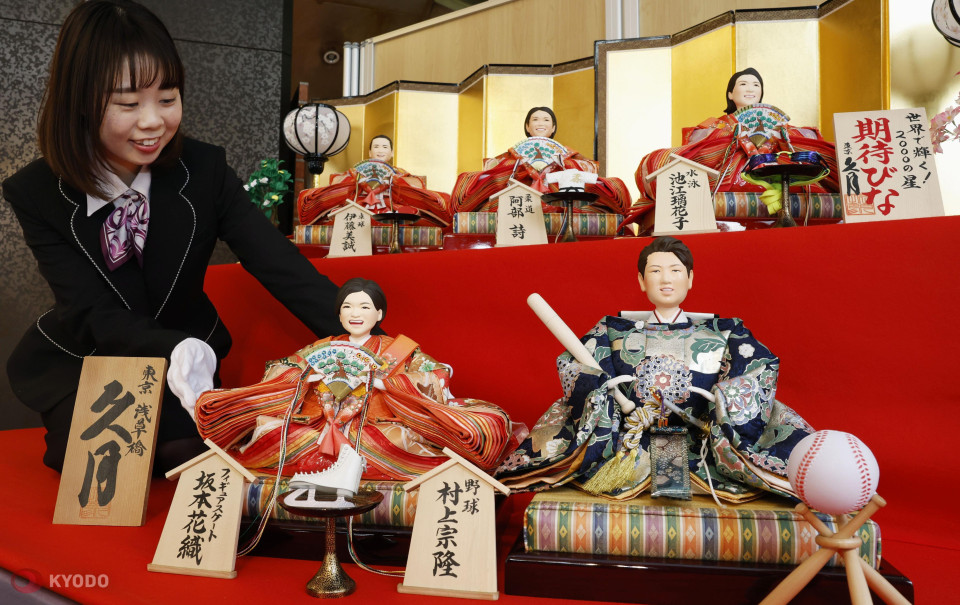 TOKYO - The Japanese government plans to reclassify the novel coronavirus to the same category as common infectious diseases such as seasonal influenza effective May 8, government sources said Thursday.

The government is expected to decide Friday on the planned downgrade of COVID-19's category to Class 5, relaxing currently imposed steps, including restrictive measures and designation of hospitals for treatment, as the disease has become less deadly.

Manager Hideki Kuriyama, looking to guide Samurai Japan to its third championship and first since 2009, rounded out his 30-man roster with the addition of Yoshida, Nootbaar, and 16 domestic stars.

The National Police Agency said by adding to the types of content that can be requested for removal by internet service providers, it aims to prevent crimes before they occur.

The officials shared the view that it is "meaningful" to discuss how to maintain the free and open international order based on the rule of law, the Japanese Foreign Ministry said, apparently alluding to China's maritime assertiveness in the area.

The No. 46 H2A rocket, operated by Mitsubishi Heavy Industries Ltd., lifted off from the Tanegashima Space Center at 10:50 a.m. in the southwestern prefecture of Kagoshima following a one-day delay due to poor weather. The satellite entered its planned orbit, Mitsubishi Heavy said.

TOKYO - The International Monetary Fund on Thursday called for "more flexibility" in Japanese long-term yields after the Bank of Japan jolted financial markets with its surprise decision to widen the trading band last month for 10-year government bonds.

Accommodative monetary policy is still appropriate, and "exceptionally high uncertainty" remains over the inflation outlook, IMF staff said. Still, upside risks to inflation are prominent, partly because of the delayed impact of a weaker yen, second-round waves of imported inflation and border reopening, they added.

8 arrested in case linked to "Luffy" group robberies across Japan

TOKYO - Eight men have been arrested in connection with an October robbery in the suburban Tokyo city of Inagi, police said Thursday, as officers attempt to track down the "Luffy" ringleader suspected to be behind a spate of burglaries across the country.

Japan has been rocked by the robberies, which began last year and appear to be carried out by people instructed by ringleaders using the encrypted messaging app Telegram. Among the cases is the murder-robbery of 90-year-old Kinuyo Oshio in her home in the city of Komae in Tokyo on Jan. 19.