Prime Minister Fumio Kishida expressed disappointment Wednesday over China's decision to suspend the issuance of visas to Japanese travelers in response to Tokyo tightening border controls on visitors from China to prevent the spread of coronavirus infections.

"It is extremely regrettable that China has unilaterally implemented restrictions that seem to have nothing to do with countermeasures against the novel coronavirus," Kishida told reporters while visiting Britain. 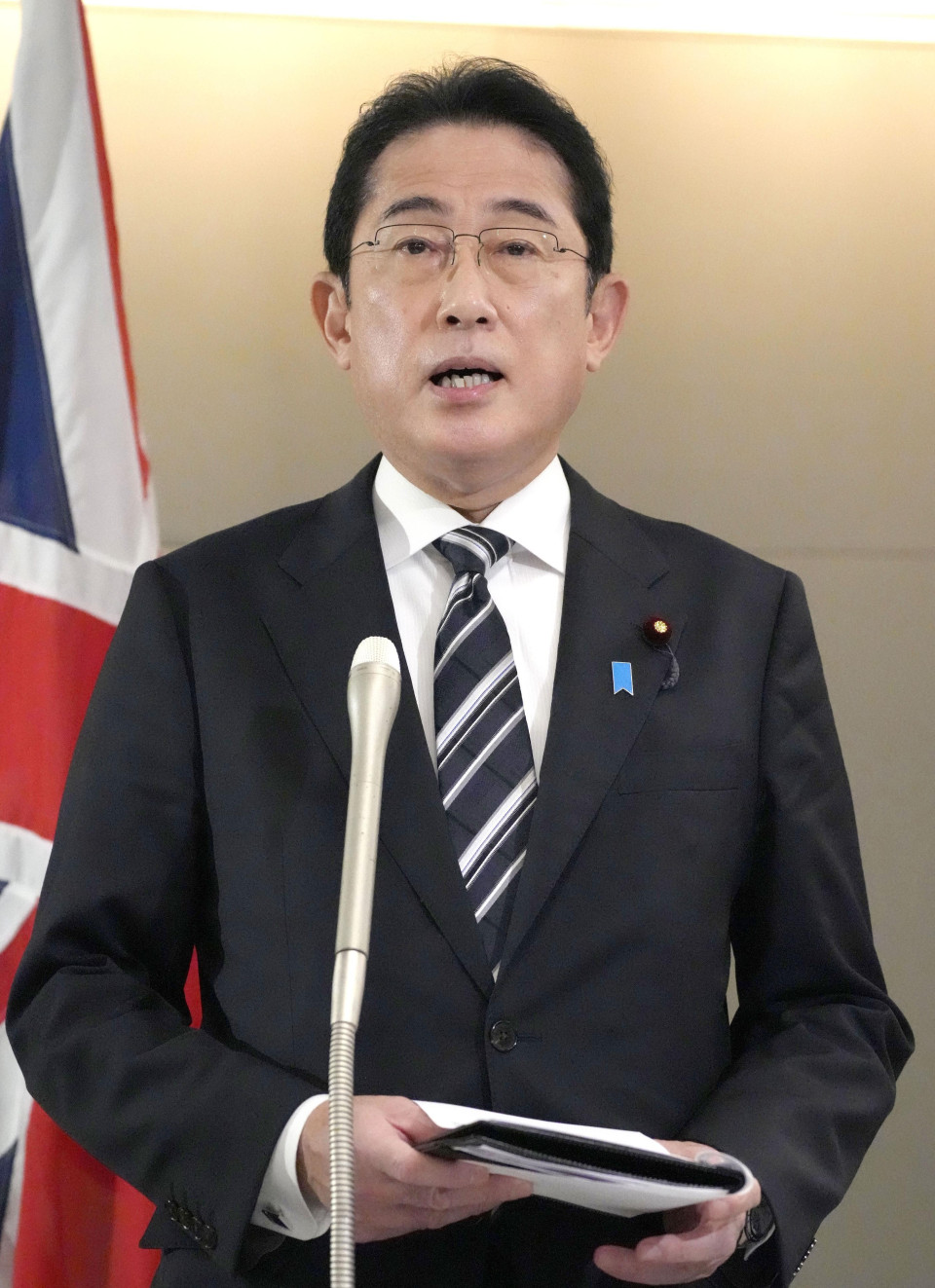 Japanese Prime Minister Fumio Kishida speaks to reporters after a meeting with his British counterpart Rishi Sunak in London on Jan. 11, 2023. (Kyodo) ==Kyodo

Japan has lodged a protest with China through diplomatic channels and demanded it terminates the restrictions, he said.

Kishida underscored that Japan's border measures for arrivals from China are temporary, citing the spread of infections in mainland China and the difficulty of grasping the severity of the situation.

"We are implementing it so as not to stop the international flow of people," he said.

Chinese Foreign Ministry spokesman Wang Wenbin said at a press conference Thursday that Beijing hopes relevant countries will "lift discriminatory restrictions" on Chinese citizens as soon as possible in a scientific manner and in the spirit of mutual respect.

Kishida's remarks came after China took additional steps to counter tighter border controls implemented by Japan and South Korea, suspending visa-free stays in China for citizens of the two countries that are transiting to a third nation.

Japan "will closely monitor the infection situation in China as well as how the country discloses information on it," the top government spokesman added.

Since late last year, China has drastically eased its strict antivirus rules, including no longer restricting people's movements, in an abrupt departure from its "zero-COVID" policy involving lockdowns and isolation measures. The development caused an explosion in coronavirus cases nationwide.

Japan responded by tightening border controls for travelers from mainland China, requiring them to test for COVID-19 upon arrival.

As China reopened its borders and abandoned quarantine measures on Sunday, Tokyo further strengthened its border controls for travelers whose trips originated in China, requiring proof of a negative COVID-19 test before departure.

The Chinese Center for Disease Control and Prevention has stopped releasing the daily number of new COVID-19 infections and deaths, with the latest figures posted on its website referring to data as of Sunday.

The Chinese government said in late December it would reduce the frequency of infection data released and eventually publish data only once a month.

However, criticism has grown that the government's official data do not reflect the reality on the ground, with only about 14,000 new cases excluding asymptomatic ones and three deaths reported as of Sunday.

On Monday, Henan Province in central China said 89 percent of its population of 99 million has been infected with the coronavirus. Based on a Chinese government notice, people with chronic illnesses who die from deteriorating health following a coronavirus infection are excluded from the country's official death count.

Wang, the spokesman, insisted Thursday that China has been sharing its infection data with all parties in a "timely, open and transparent manner." He expressed hope the WHO will look at China's COVID response "scientifically and rationally" and that its related statements will reflect objectivity and impartiality.

A Chinese medical expert said at a press briefing in Beijing Wednesday the peak of domestic COVID infections is over, but the number of patients with severe symptoms remains high.

Another expert said the infection situation in the country should be examined later with excess mortality data, which refer to higher-than-average deaths.