Global growth will slow sharply to 1.7 percent in 2023, the third weakest pace of expansion in nearly three decades and 1.3 percentage points lower than the earlier forecast, the World Bank said Tuesday, as tightening monetary policy to tackle inflation and Russia's war on Ukraine dampens prospects.

With the United States, the euro area and China all undergoing "a period of pronounced weakness," the Washington-based institution also said further negative shocks, including higher inflation, abrupt rises in interest rates to contain it and a resurgence of the COVID-19 pandemic, could push the global economy into recession.

"Global growth has slowed to the extent that the global economy is perilously close to falling into recession -- defined as a contraction in annual global per capita income -- only three years after emerging from the pandemic-induced recession of 2020," said the bank's semiannual Global Economic Prospects report.

Global growth is expected to rebound to 2.7 percent in 2024, a decrease of 0.3 point from the June projection. 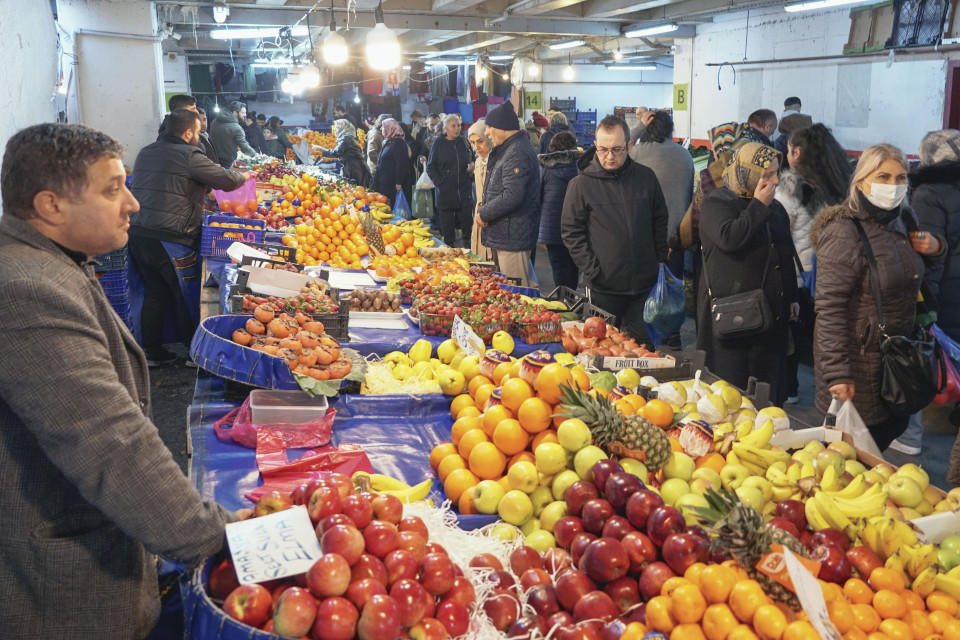 The sharp downturn in growth is likely to be widespread, with growth projections downgraded for almost all advanced economies and about two-thirds of emerging markets and developing economies in 2023, and about half of all countries in 2024.

Growth in the United States is expected to slow to 0.5 percent this year, 1.9 points below the earlier projection, as the world's largest economy goes through the most rapid monetary policy tightening in more than 40 years to tamp down rising food and energy prices, the World Bank said.

With inflation expected to moderate this year as labor markets soften and wage pressures decrease, the U.S. economy will likely grow 1.6 percent next year, a downward revision of 0.4 point.

In China, economic activity deteriorated in 2022, with consumption restrained by restrictions under its "zero-COVID" policy and unprecedented droughts. Growth is expected to pick up to 4.3 percent this year as the lifting of pandemic restrictions releases pent-up spending, down 0.9 point from the June forecast.

For Japan, growth is anticipated to slow to 1 percent this year, a 0.3 point downgrade from June, after growth of 1.2 percent in 2022, the World Bank said, noting that the sluggish pace will be seen "alongside a slowdown in other advanced economies."

The euro area will see a zero-percent growth this year, a downward revision of 1.9 points, owing to ongoing energy supply disruptions associated with Russia's invasion of Ukraine and the prospect of more monetary policy tightening. It will grow 1.6 percent next year, the World Bank estimated.

Looking ahead, the World Bank warned that central banks may need to raise interest rates more than is currently expected depending on inflation, heightening the risk of "policy missteps."

In a recession scenario, where tighter financial conditions are assumed to result in widespread financing difficulties across emerging markets and developing economies, the World Bank said global gross domestic product would grow by only 0.6 percent in 2023.

This would translate into a contraction of 0.3 percent in per capita terms, the report said.