The Japanese government is considering no longer asking the public to wear masks indoors in principle unless they have symptoms, a government source said Saturday, possibly changing the public's daily anti-coronavirus practice drastically.

The policy change has been floated as the government discusses downgrading COVID-19's legal status to the same level as seasonal influenza and as Sunday marks three years since Japan detected its first coronavirus infection.

In its anti-coronavirus measures revised last May, the government said that in principle, masks need not be worn outdoors as long as people are not conversing. But it said people were still advised to wear masks when indoors, except in cases where social distancing of 2 meters or more is secured and where there is virtually no conversation. 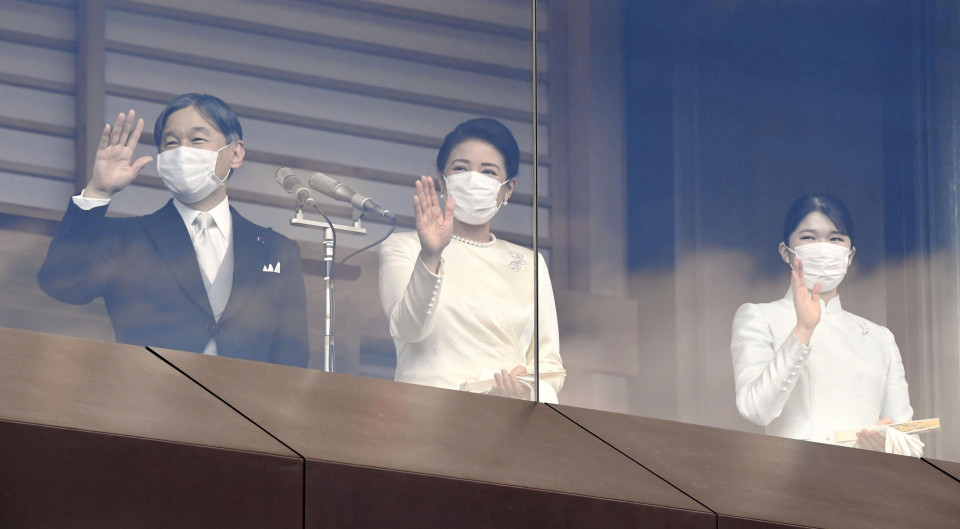 Japanese Emperor Naruhito, Empress Masako and their daughter Princess Aiko wave to well-wishers from a balcony at the Imperial Palace in Tokyo during a New Year greeting event on Jan. 2, 2023. (Kyodo) ==Kyodo

According to the source, the government is considering to relax rules on indoor face coverings as it believes that when COVID-19 is downgraded to a Class 5 disease under infectious disease legislation from the current Class 2, anti-infection measures should also be on par with those taken for Class 5 pathogens, such as the seasonal influenza.

Class 2 diseases are subject to extensive measures, including limiting movements by infected individuals and their close contacts.

The policy change on mask-wearing rules may come as early as this spring in tandem with the downgrading of the classification, the source said.

In the United States, the Centers for Disease Control and Prevention decides on mask wearing by taking into factors such as the number of hospitalized patients.

While the requirement to wear masks was removed in all 50 states at one time, residents in some parts of the United States have again been asked to put on masks due to a "tripledemic" where the coronavirus, influenza and respiratory syncytial virus are circulating simultaneously.

In Japan, calls have been mounting from some political parties, including the ruling Liberal Democratic Party, to review the government policy on mask wearing. A source within one of the parties cast doubt on an apparent discrepancy between the existing policy and a government push for an increase in inbound travelers.

But infectious disease experts and doctors remain cautious about a radical relaxing of mask-wearing rules, saying it is better to put them on in crowded places or when a person is or suspected to be infected with the coronavirus.

Some also say that removing masks at once in Japan, as the United States and European countries have done, could lead to an increase in COVID deaths as the elderly aged 65 and above account for a large segment of the population, at nearly 30 percent. 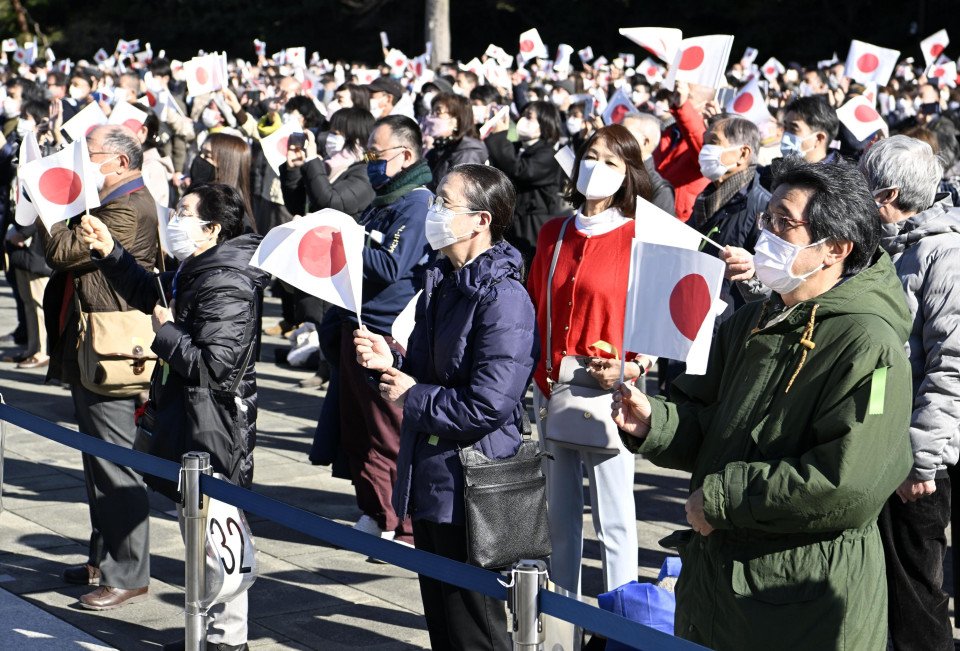 People wave national flags at the Imperial Palace in Tokyo on Jan. 2, 2023, during a New Year greeting event where Japanese Emperor Naruhito and other imperial family members appear on the palace's balcony. (Kyodo) ==Kyodo

COVID cases in Japan top 30 mil. since start of pandemic

FEATURE: Return to maskless world still only in realm of fantasy in Japan