The trademark drive from Takakeisho (9-3) put Kiribayama (8-4) under pressure but the komusubi's left-handed swipe knocked the ozeki off balance before a beltless arm throw settled the matter at Tokyo's Ryogoku Kokugikan. 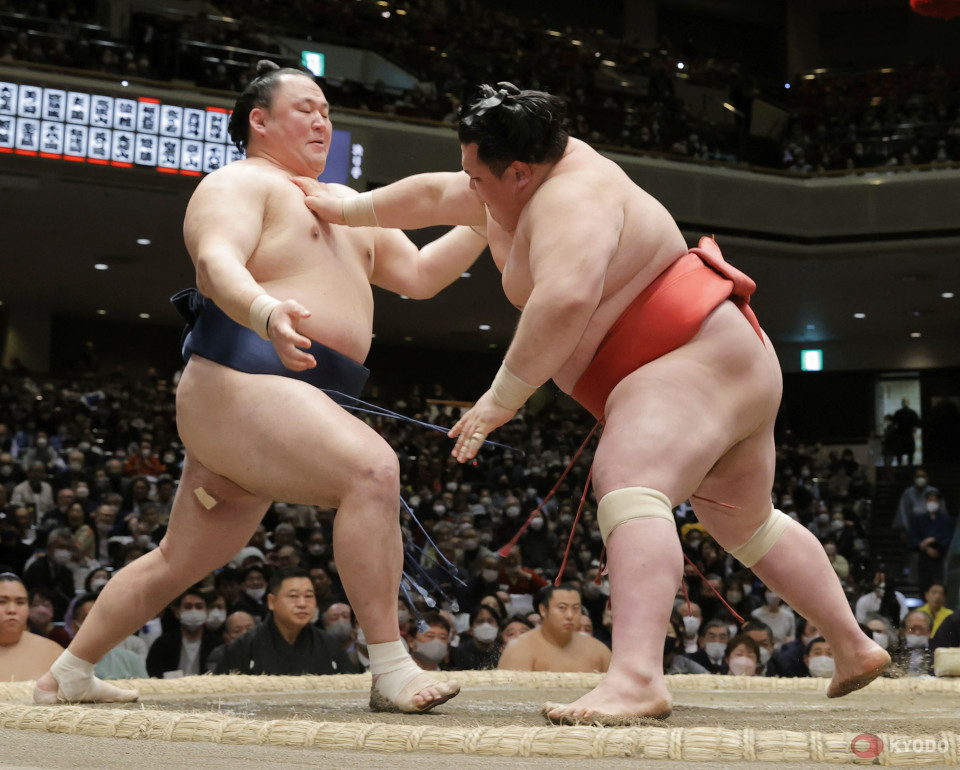 The result left Onosho (10-2) in the driver's seat after he worked his way around Tamawashi (8-4) in his earlier bout. Onosho's opening charge left Tamawashi on the back foot before the veteran No. 2 came up with fierce thrusts of his own to find his way back to the middle of the raised ring.

But the fired-up Onosho stood his ground and launched another foray to emphatically push out Tamawashi and secure the vital win.

No. 13 Kotoshoho (9-3) stayed in the title race after recovering from a tame start against No. 5 Nishikigi (7-5), beating him with a right-handed beltless arm throw at the edge.

Sekiwake Hoshoryu (7-5), who missed his bout Tuesday with a left ankle sprain, fought tenaciously but was ultimately forced out by No. 5 Ryuden (7-5). 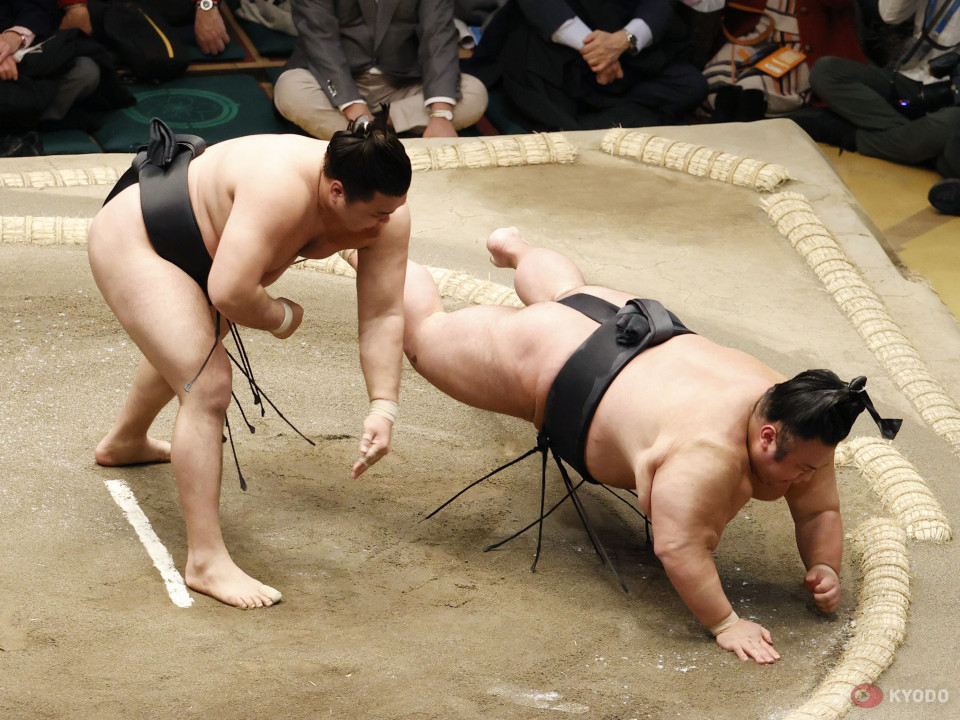 Kiribayama (L) defeats Takakeisho on the 12th day of the New Year Grand Sumo Tournament at Ryogoku Kokugikan in Tokyo on Jan. 19, 2023. (Kyodo)

Shodai (6-6), who cannot reach the 10 wins needed to return to ozeki, had another solid outing as the sekiwake kept No. 4 Nishikifuji (3-9) at bay in a force-out win.

Meisei (4-8) fell to a losing record when No. 4 Sadanoumi pulled the komusubi down while teetering on the straw bales on one foot.

Diminutive No. 3 Midorifuji (6-6) displayed good agility as he reacted well to push out komusubi Wakamotoharu (6-6).