The number of suicides in Japan in 2022 rose from the previous year, pushed up by the first increase among men in 13 years, preliminary government data showed Friday.

Deaths among men rose by 604 to 14,543, leading to 21,584 suicides in the country overall, an increase of 577 from the previous year. Numbers remained elevated for the past few years during the COVID-19 pandemic. 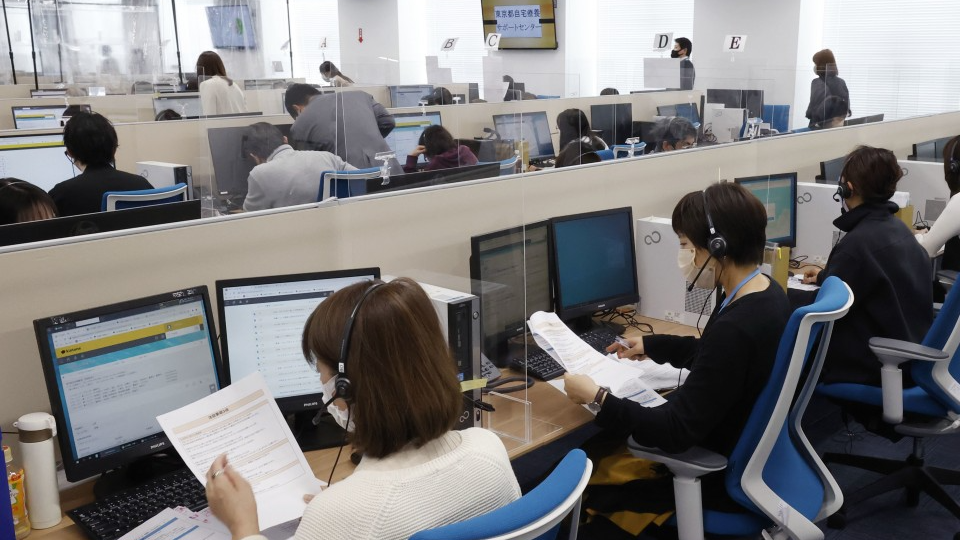 Photo shows a support center set up by the Tokyo metropolitan government for coronavirus patients recovering at home. (Kyodo)

"The rise in men in their 40s through 60s, as well as pensioners or those who are unemployed, stands out," a health ministry official said. "Suicides by famous people may also have had an effect."

While preliminary data showed suicides by women were down by 27 to 7,041, it was still around 1,000 higher than pre-pandemic numbers. Final figures, released in March every year, tend to increase from preliminary ones.

The number of suicides in the country had been falling for 10 straight years through 2019, when there were 20,169 suicides, but it has shown a marked increase and has remained high since the pandemic began in 2020.

Suicide among the unemployed in 2022 nearly doubled to 1,038 people, while those among people who lived off of pensions or employment benefits rose by 705 to 5,347.

The most commonly cited motive was health issues, making up 11,125 people, followed by 4,214 who indicated family problems.

"Inflation and a worsening economy caused by a weak yen may have had an impact," said Chiyo Igarashi, health sciences professor at the Tokyo University of Technology and an expert in suicide prevention.

There is a need to tackle the lack of nurses and occupational physicians in small to mid-sized companies, she added.

Meanwhile, the number of suicides among elementary, junior high, and high school students inched down by 3 to 441.

The data was compiled by the Ministry of Health, Labor and Welfare based on suicide statists released by the National Police Agency.