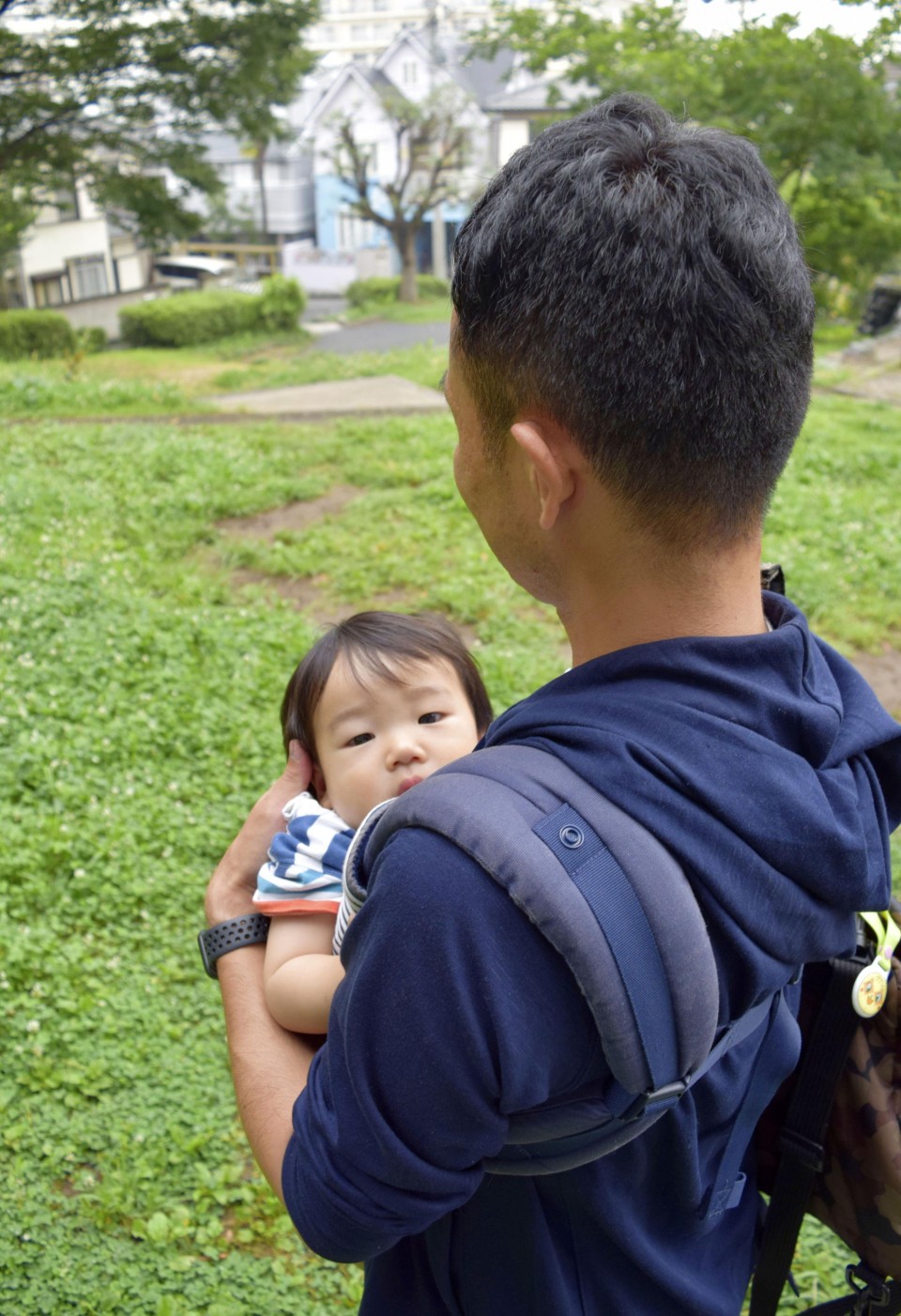 A father takes a stroll with his child in a park in Yokohama during his paternity leave in July 2019. (Kyodo)

A record 34 percent of Japanese central government male employees took paternity leave in fiscal 2021, up 5 points from a year earlier and topping the 30 percent target the government set by 2025, government data showed Tuesday.

Separate data showed women accounted for 14.1 percent of deputy director-level posts at government ministries and agencies and directors at local offices of the central government as of July, up 0.8 point from the previous year and marking the highest level on record.

Despite the rising number of male government officials taking paternity leave in the year that ended March 2022, Taro Kono, minister in charge of civil service reform, said there are significantly large gaps between ministries and agencies with regard to officials taking such leaves.

According to the Cabinet Bureau of Personnel Affairs, women accounted for 5 percent of director general-level officials at government ministries and agencies as of July, up 0.8 point on year.

Similarly, women accounted for 6.9 percent of directors at government ministries and agencies, up 0.5 point, a sign of women's advancement into senior positions at central government offices.

Female advancement is greater in agencies whose environment is one with role models who can be easily approached to gain advice, the bureau said, giving the Consumer Affairs Agency and the Foreign Ministry as examples.

An official of the bureau official also said it will integrate the experience of people balancing work and child-rearing, a stumbling block for female career advancement.

Japan ranked 116th among 146 countries in the gender gap rankings by the Swiss-based World Economic Forum this year, at the bottom of the East Asia and Pacific group.

Japan also ranked the lowest among the Group of Seven industrialized nations on the matter.