Twenty-two officers at a central Japan prison repeatedly assaulted inmates from November last year to this August by spraying their faces with alcohol and hitting them on their buttocks with sandals, the Justice Ministry said Friday.

The three inmates who were separately assaulted at Nagoya Prison were men in their 40s, 50s and 60s, with the oldest suffering an injury near his left eyelid, according to the ministry.

Justice Minister Ken Saito apologized to the inmates at a press conference Friday, saying, "It is completely unacceptable and extremely regrettable that prison officers engaged in such acts."

Saito added he plans to launch an investigation into whether similar incidents are occurring at other prison facilities nationwide and has ordered the establishment of a third-party panel of experts. 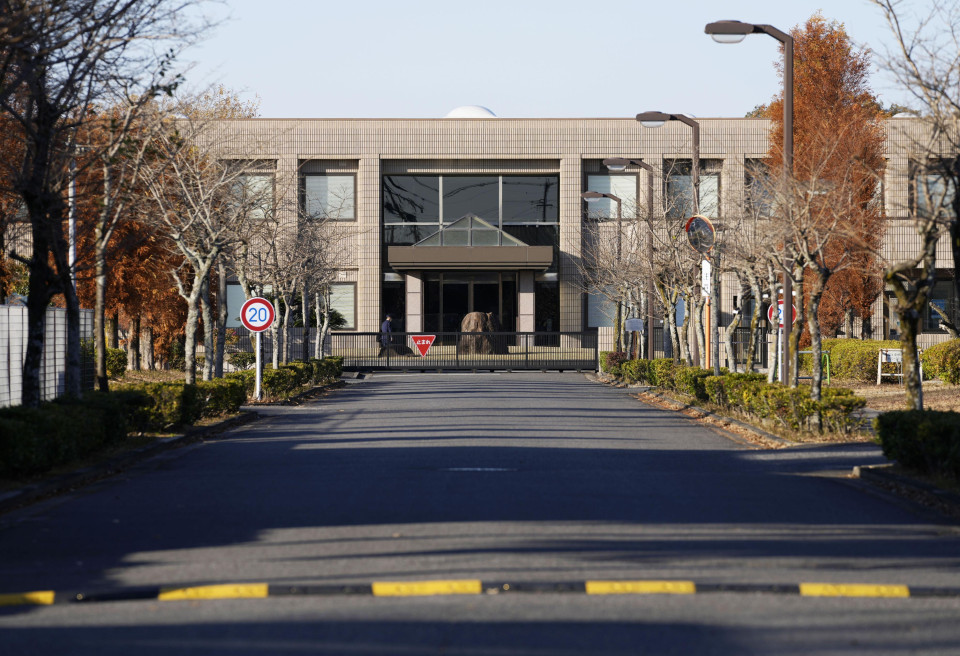 Previous incidents of abuse at Nagoya Prison have resulted in death and injury.

In December 2001, guards sprayed water into an inmate's rectum with a high-pressure hose, leading to the man's death from bacterial shock a short time later. And in May 2002, an inmate died of posttraumatic shock after being restrained across his stomach with leather handcuffs.

This led to several offenders being charged with abuse of authority leading to death, and the implementation of prison reforms, including putting into force a law in 2006 that clarified the rights and duties of inmates.

But the recent revelation is likely to bring into question the extent to which efforts have been made to ensure similar problems will never happen again.

The suspects, all male, are 17 prison guards in their 20s and five in their 30s. Of them, 16 had been employed for less than three years. No senior officers were involved, nor were there any signs of systematic abuse.

Most have admitted to the accusations, saying they committed the acts because the inmates did not follow instructions and kept shouting demands, according to Saito.

The abuse came to light when another officer filed a report after noticing and questioning the inmate with an injury near his eye in late August.

The inmate had told the officer he hit his head after being grabbed by the collar and pulled through a small window in a solitary confinement cell.

Some of the assaults were caught on security cameras within the prison, prompting the Justice Ministry's Correction Bureau to interview the involved officers and inmates and report the matter to Saito on Wednesday.

Approximately 1,200 individuals were incarcerated at Nagoya Prison as of late November, around half the facility's capacity. The prison also takes in foreigners, who have different requirements than Japanese inmates.