Olympic women's snowboard halfpipe bronze medalist Sena Tomita will not compete in international events in the 2022-23 season because of health issues, the Ski Association of Japan said Friday.

"I've had health problems since the offseason, so I decided to sit out this season," the 23-year-old said in a statement. "It was a tough decision. I'll try to return stronger next season."

Tomita took bronze at this year's Beijing Winter Olympics after finishing fourth at the 2021 world championships in Aspen, Colorado.

At the 2018 Olympics in Pyeongchang, South Korea, she was eighth. 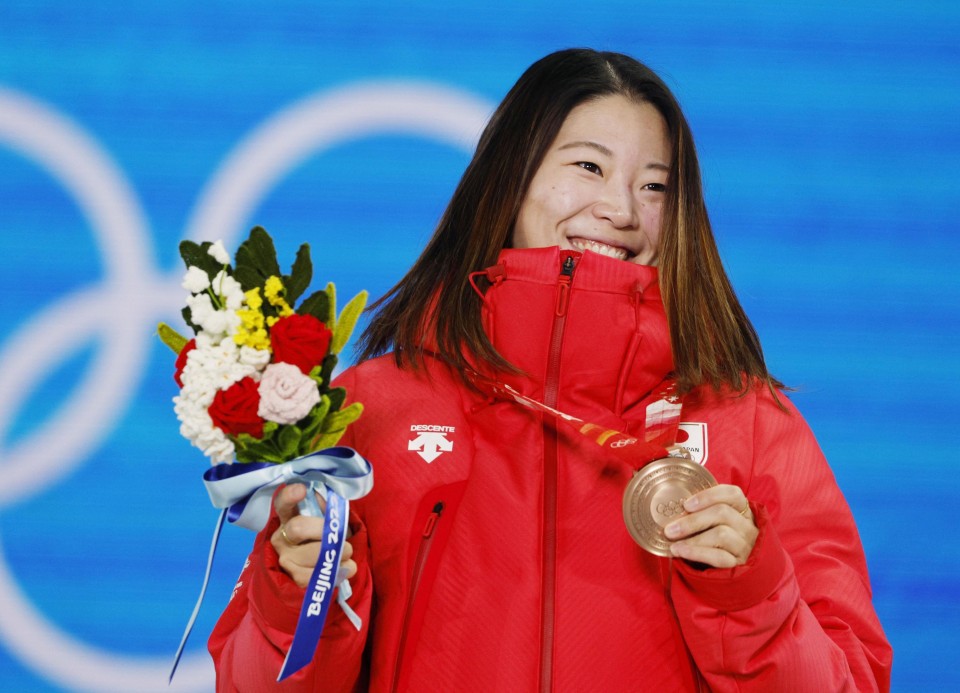 Bronze medalist Sena Tomita of Japan smiles during the medal ceremony for the women's snowboard halfpipe at the Beijing Winter Olympics on Feb. 10, 2022, in Zhangjiakou, China. (Kyodo) ==Kyodo