The Japan Football Association is considering Marcelo Bielsa as one of the candidates for national team manager after the World Cup in Qatar, sources familiar with the matter said Thursday.

Keeping incumbent manager Hajime Moriyasu at the helm is also an option for the next World Cup in 2026, to be co-hosted by the United States, Canada and Mexico, according to the sources.

The 67-year-old Argentine appears to be the most internationally known figure among the candidates in and out of Japan, having managed Argentina at the 2002 World Cup, co-hosted by Japan and South Korea, and guided Chile to the round of 16 at the 2010 World Cup in South Africa. 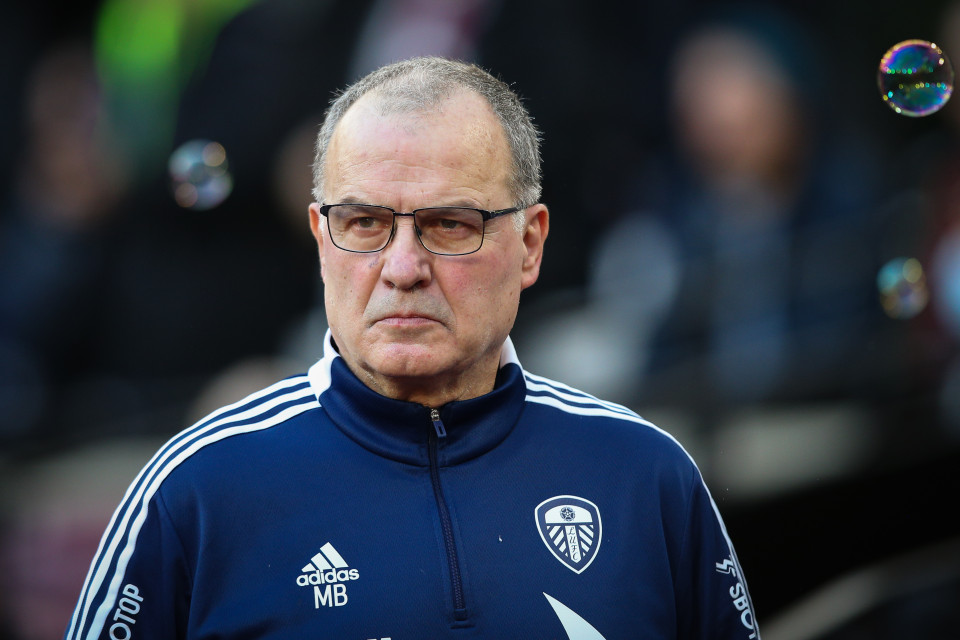 Marcelo Bielsa is pictured during an FA Cup match between West Ham United and Leeds United at London Stadium on Jan. 9, 2022 in London, England. (MB Media/Getty/Kyodo)

The 54-year-old Moriyasu has steered Japan to 2-1 upsets over both Germany and Spain en route to winning a tough Group E and advancing to the round of 16 at the ongoing tournament in Qatar.

Bielsa, known as a meticulous tactician who favors high-pressing, man-to-man defense and instills his teams with aggressiveness and dynamism, also led Leeds United's promotion to the Premier League after a 16-year absence. He resigned from the club this past February.

JFA technical director Yasuharu Sorimachi, who will play a major role in the selection process, is said to highly value Bielsa's ability.