Japan and the United States are considering a visit by U.S. President Joe Biden to Nagasaki in May 2023 when he travels to Japan for a Group of Seven summit in Hiroshima, sources familiar with the plan said Tuesday.

If realized, Biden would become the first sitting U.S. president to visit the southwestern Japan city, which the United States hit with an atomic bomb in the final days of World War II.

Prime Minister Fumio Kishida, who has put forward his vision of a world free of nuclear weapons since taking office in October 2021, would likely accompany Biden on his visit to Nagasaki, sometime before or after the summit, the sources said. 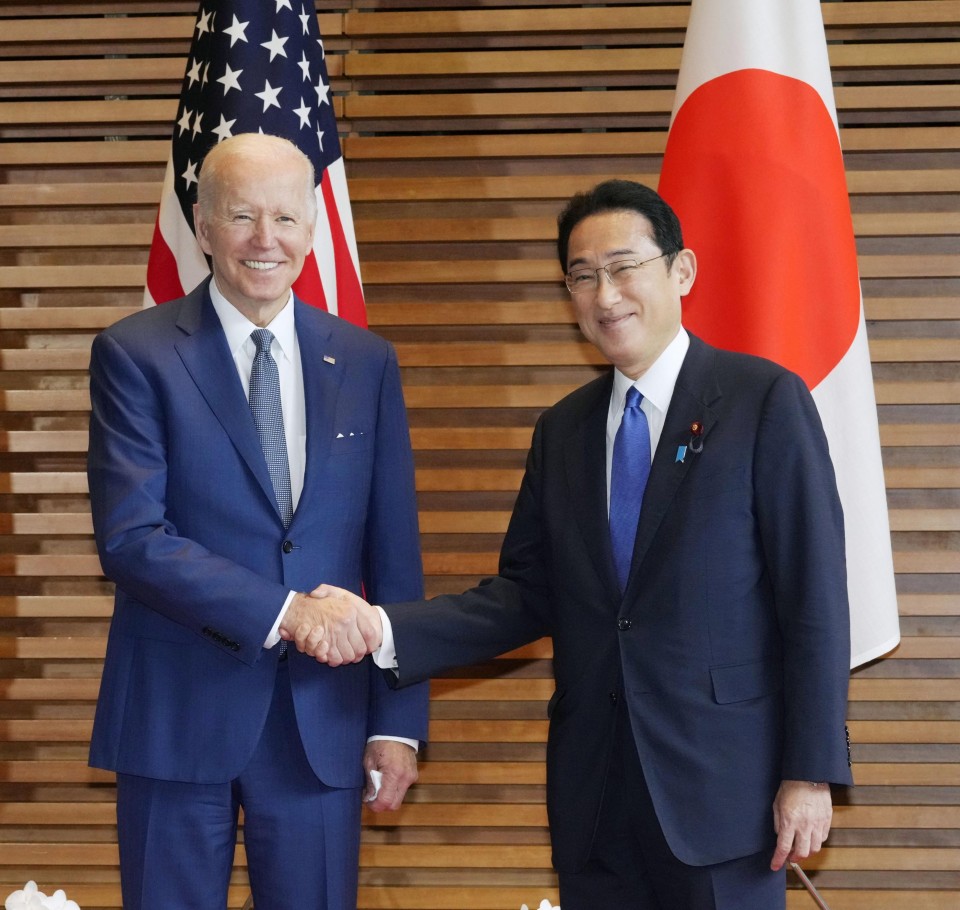 Japanese Prime Minister Fumio Kishida (R) shakes hands with U.S. President Joe Biden ahead of a summit of the "Quad" group of Indo-Pacific democracies -- the United States, Japan, Australia and India -- in Tokyo on May 24, 2022. (Kyodo) ==Kyodo

The G-7 summit, to be held from May 19 to 21, will be hosted by Kishida, who represents a constituency in Hiroshima, also destroyed by a U.S. atomic bomb in August 1945.

In 2016, former U.S. President Barack Obama paid a historic trip to Hiroshima on the occasion of the previous G-7 summit in Japan.

At that time, Kishida visited Hiroshima with Obama as foreign minister, together with then Prime Minister Shinzo Abe, who was fatally shot in early July during an election campaign speech.

Biden served as vice president under Obama, who was awarded the Nobel Peace Prize in 2009 for his attempts to free the world of nuclear weapons. 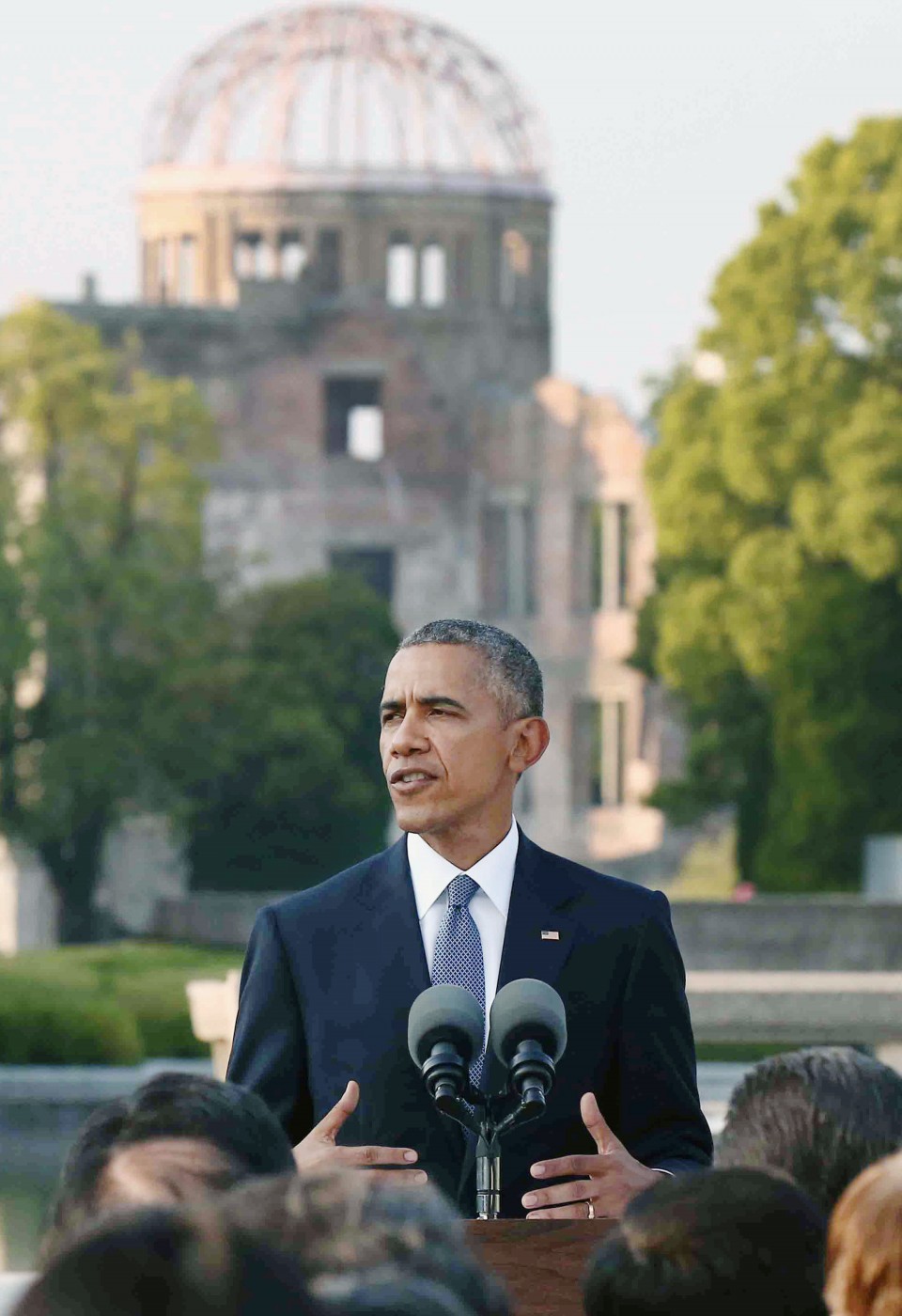 U.S. President Barack Obama vows to work for a world free of nuclear weapons at the Peace Memorial Park in Hiroshima on May 27, 2016. (Kyodo) ==Kyodo

Kishida hopes he and Biden can send a similar message to the world from the two atomic-bombed Japanese cities, at a time when there is growing concern over whether Russian President Vladimir Putin will use nuclear arms in Ukraine, the sources said.

If the trip is realized, Biden would likely pay a visit to the city's Peace Park, located near the epicenter of the blast, and Urakami Cathedral, a Catholic church that was rebuilt after being destroyed by the bomb. Biden is known to be a pious Catholic.

When Obama visited Hiroshima, he delivered a speech and met with representatives of atomic bomb survivors -- who are called hibakusha in Japanese -- at the western Japan city's Peace Memorial Park.

Tokyo and Washington will decide if Biden's trip to Nagasaki is viable after carefully considering the preparedness of local governments to accept the foreign dignitary and the opinions of local residents, including hibakusha, the sources said.