Seventeen civic groups in the Philippines agreed Monday to form a network to eradicate statelessness of people in the country, including war-displaced Filipino-Japanese descendants, by 2024.

The Civil Society Network on Statelessness aims to provide a "robust framework" for cooperation and collective action between the organizations and the state in line with the two United Nations treaties, namely 1954 Convention Relating to the Status of Stateless Persons and the 1961 Convention on the Reduction of Statelessness, according to their memorandum of understanding. 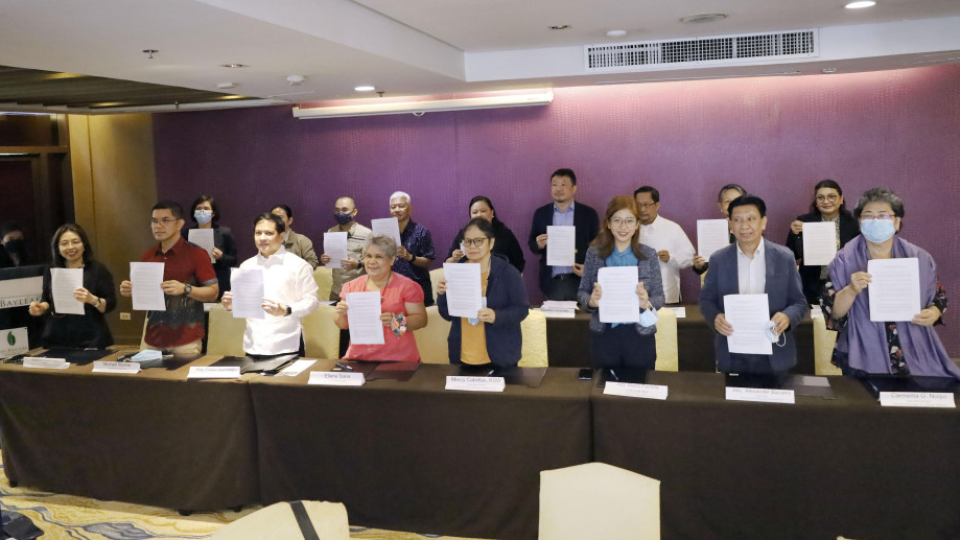 Members of civic groups show copies of a memorandum they signed in Manila on Dec. 19, 2022, to form a network to eradicate statelessness in the Philippines, including among the descendants of war-displaced Filipino-Japanese people. (Kyodo) 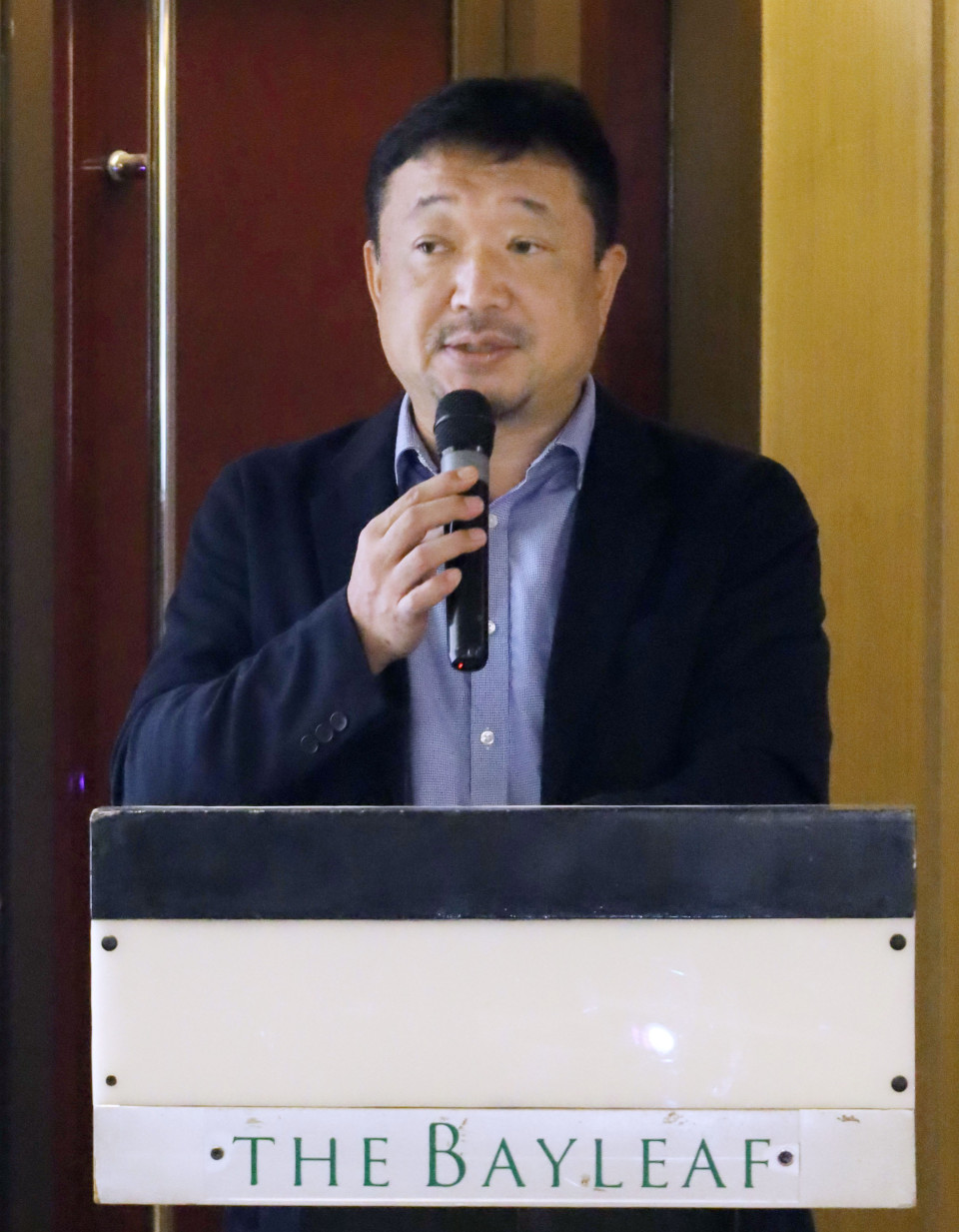 Norihiro Inomata, chief of the Tokyo nonprofit Nikkeijin Legal Support Center, speaks in Manila on Dec. 19, 2022, at a gathering to form a network to eradicate statelessness in the Philippines. (Kyodo)

"Statelessness impinges on the fundamental human right to a nationality and deprives stateless persons, stateless applicants, and persons of undetermined nationality or populations at risk of statelessness, especially children, to access other rights and services," said the memorandum signed by the groups, including the Philippine Nikkeijin Legal Support Center helping Filipino-Japanese descendants recover their Japanese identities.

In the case of Japanese descendants, whose average age is 83, "time is of the essence," said Norihiro Inomata, who signed the agreement on behalf of the Nikkeijin Legal Support Center.

"Hopefully, bilateral cooperation between the governments of the Philippines and Japan could swiftly resolve pressing issues," he added.

Inomata said there are about 600 stateless Japanese descendants who have yet to prove their Japanese lineage after their birth records were lost or destroyed during World War II. They are children of Japanese men repatriated or conscripted to the military during the war, who were forced to leave their Filipino wives and children behind or died in combat.

The Office of the U.N. High Commissioner for Refugees, which serves as an "observer" in the network's initiative, said there are ongoing discussions between Japan and the Philippines to come up with a legal framework to address the status of the descendants.

Philippine State Counsel George Ortha, who heads the Refugee and Stateless Persons Protection Unit of the Justice Department, said there is a close collaboration between the Indonesian and the Philippine governments and that only 3 percent of over 6,000 of stateless Indonesian descent identified through a 2012-2013 study by the two countries and the UNHCR remain stateless.